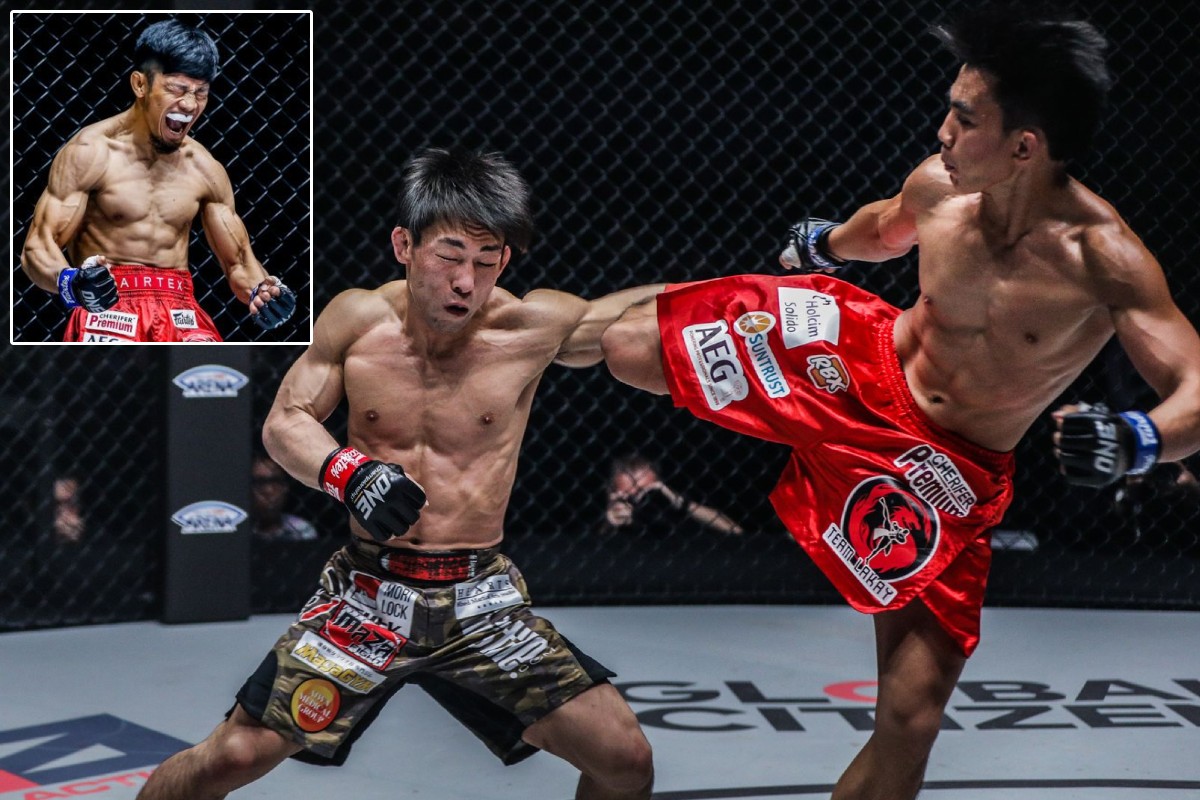 Lito “Thunder Kid” Adiwang might be focusing on his upcoming match at ONE: Revolution on September 24 against “Wolf Of The Grasslands” Hexigetu, but that doesn’t mean he hasn’t been keeping an eye on the progress of one of his good pals and teammates.

Adiwang believes that fellow Team Lakay standout Joshua “The Passion” Pacio will experience a victorious return when he defends his ONE Strawweight World Title against no. 1-ranked Yosuke “The Ninja” Saruta in the co-main event of the loaded card.

It’s a trilogy bout that many had anticipated long before the official announcement, as the top two strawweights of the promotion wreaked havoc after their second meeting.

“Both fighters have improved since they last met each other in the Circle. I just think Joshua has improved so much more, and he’s just the better fighter,” Adiwang said. “Joshua has improved in every area – his power, positioning, technical skills. He’s even more of a complete fighter now than last time.

“I have no doubt he’s going to retain his World Title.”

The first match between Pacio and Saruta was close, and it ended with the Japanese narrowly edging the Filipino to take the ONE Strawweight World Title.

Pacio got him back three months later though. Another close match ended after the Team Lakay star connected with a solid knee to Saruta’s head, knocking him out at the Mall Of Asia Arena as the Filipino crowd erupted in jubilation.

Talks of a rematch weren’t needed at that time considering Pacio won so decisively, so Saruta went and beat two solid fighters in Daichi Kitakata and former World Champion Yoshitaka “Nobita” Naito to earn a third bout with Pacio.

Despite Saruta’s impressive run, Adiwang believes that Pacio won’t only win, but that he has a good chance of replicating that impressive finish from their second bout.

“This third fight is going to be very similar to their second fight. Once Saruta makes any mistake, he’s going to sleep,” Adiwang said.

“Joshua is explosive and dangerous. He’ll end the night early if he has the chance.”

Catch ONE: Revolution live on One Sports or One Sports+ beginning with the lead card at 6:30 p.m. Philippine Standard Time (PHT) on Friday, September 24.

The full event stream will also be available on ONE’s YouTube channel and the ONE Super App.

5 Major Takeaways From ONE: EMPOWER

The Best Pictures From ONE: EMPOWER

The Athletes Of ONE: EMPOWER Share What This Moment Means For Women