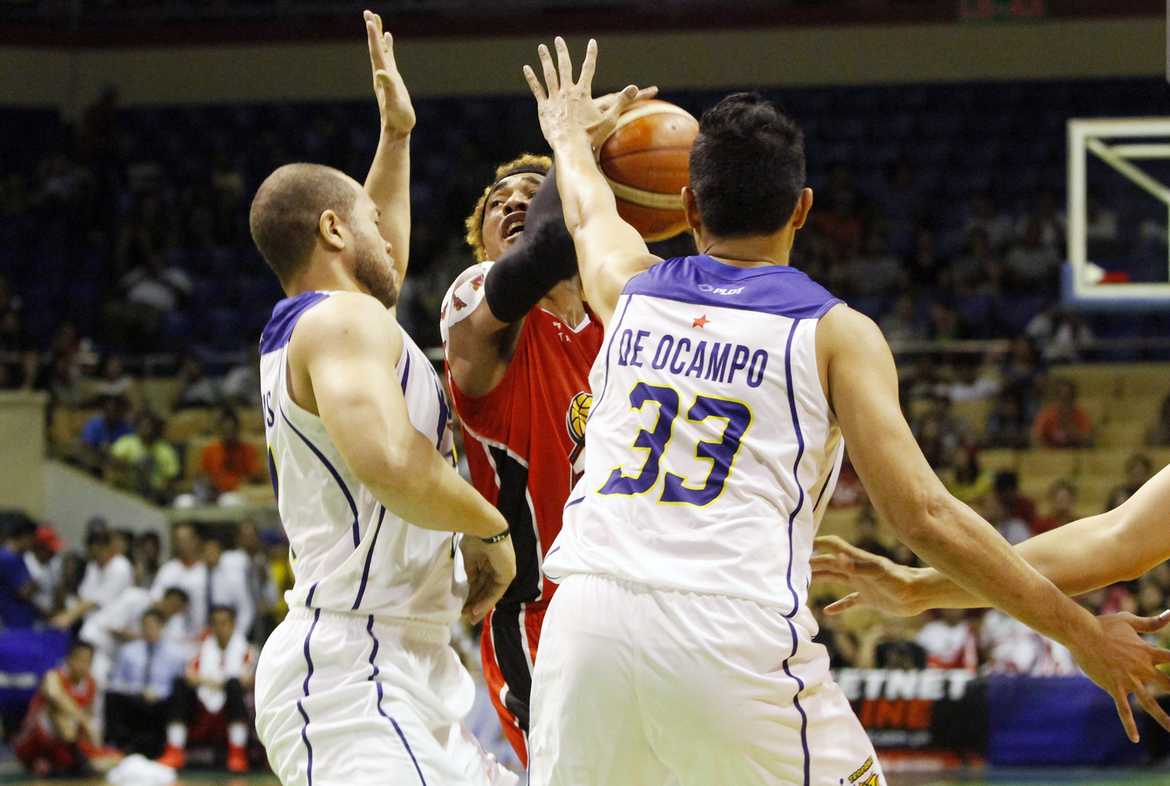 Unlike in Game One of their PBA Commissioner’s Cup quarterfinals series, where Alaska and TNT had engaged in a shoot-out, Game Two on Tuesday night was a more defensively-themed slugfest for both sides.

The Aces prevailed, 85-81, to force a winner-take-all Game 3 on Friday night. The Tropa, who had scored 106 points in the series opener, were limited to a conference-low 81 points, and Alaska head coach Alex Compton was pleased with the Aces’ defensive effort this time around.

“TNT had 81 points. I am so happy with the way we defended. It was really different,” Compton said.

Alaska held TNT down to only 4-for-24 from three-point area, with main backcourt player Jayson Castro missing all of his nine attempts from long range. Alaska also generated 24 points off 25 TNT turnovers in the win.

“We got stops. That was huge. I didn’t know we forced 17 turnovers in the first half. Obviously it was a defensive battle. I certainly hope we can keep TNT to 81 points on Friday pero sa tingin ko medyo mahirap yan so we need new looks on offense.”

Aces forward Calvin Abueva added that the team are motivated by just trying to avoid an early exit.

Abueva finished with 15 points, five rebounds, and three assists in Game 2 and also shot 6-for-11 from the field.

Heading into Game Three, Abueva expects nothing but another competitive battle between both sides.