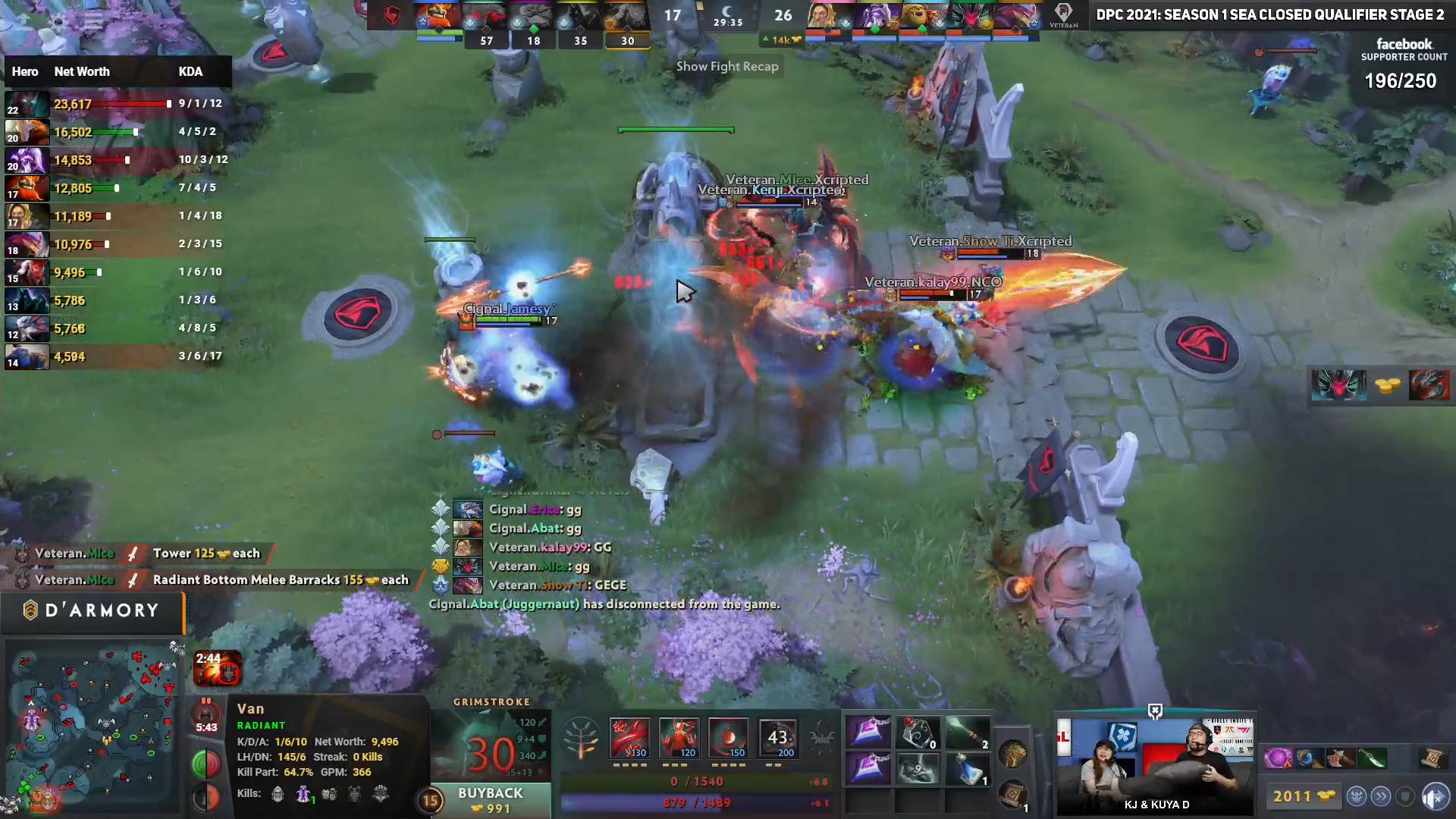 The breakout star from The Nationals logged in nine kills, zero deaths, and six assists in just 26 minutes and nine seconds of play. He also farmed a game-high 30,598 total net worth – 17,178 richer than Van “Van” Manalaysay (Puck), who came in second in terms of gold farmed.

But despite a dominant outing in the opener, Cignal Ultra failed to close out the match. It fell in lopsided fashion in Game Two as Team Veteran forced a 1-1 draw.

Cignal Ultra called GG at the 29:38-mark of the match. And that’s when all the drama began for the reigning The Nationals champion.

Right after, Abat disconnected from the game, showing his frustrations after the loss. He later on posted “LFT” after the match on his Facebook page, which means ‘looking for team.’

Come the Warriors’ second match against HOYO later in the day, the embattled carry was nowhere to be found.

Cignal coach Jae “Jae” Paulo filled in the carry role for Cignal, but was harassed early on by the much-experienced HOYO squad. The Warriors dropped Game One before forfeiting their second match.

Cignal next face Lilgun and Galaxy Racer on January 10, Sunday. It is still uncertain whether we have seen the last of Abat in a Cignal jersey.