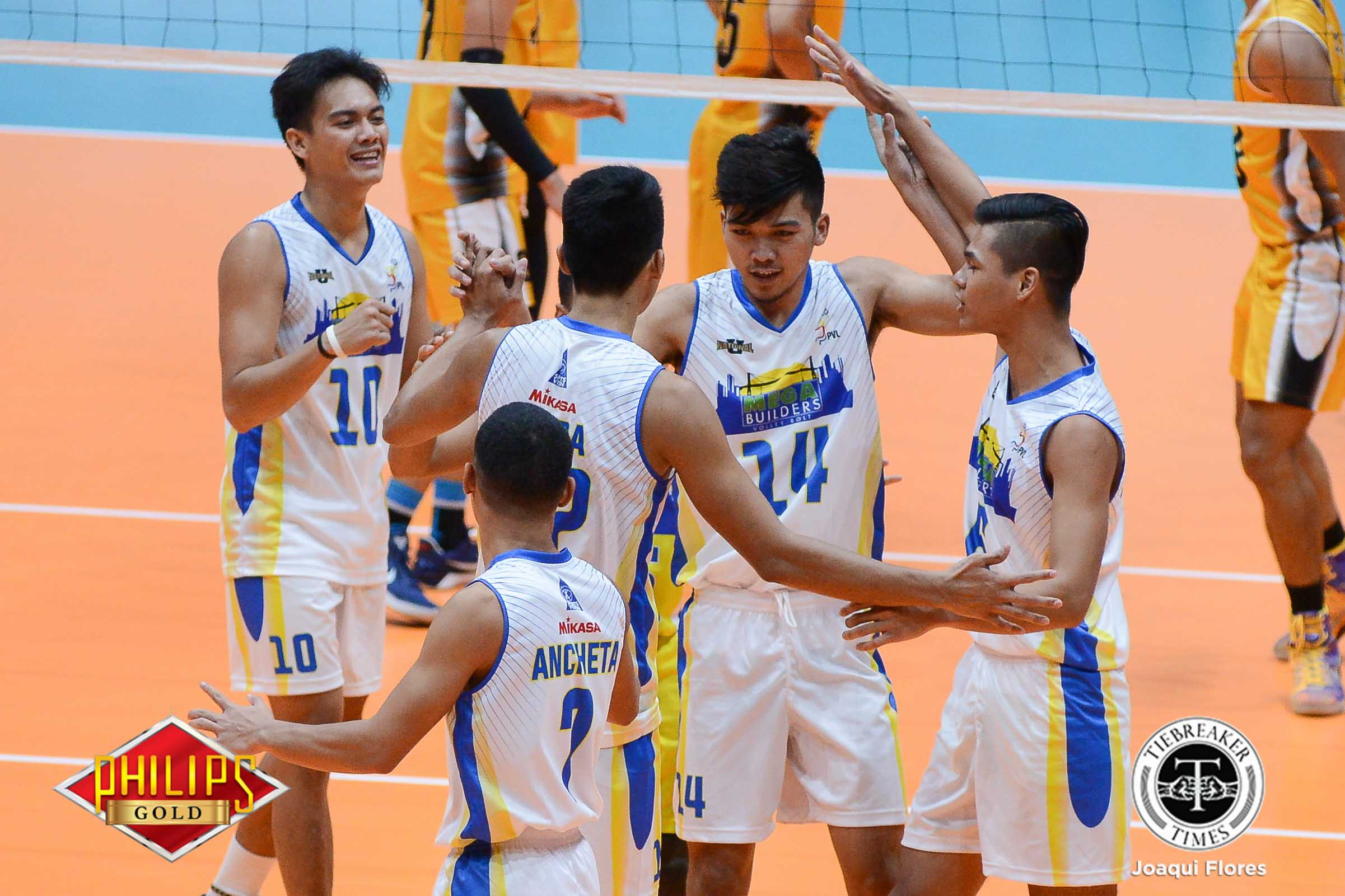 Bryan Bagunas and JM Natividad were back in their scoring roles with the Megabuilders after missing their first match against the Philippine Army Troopers last Saturday for a beach volleyball tournament in Cebu.

The Volley Bolts dominated all scoring skills and gave the Sunrisers a difficult time receiving the solid attacks of Bulldogs Bagunas, Saura, and Malabunga.

Megabuildiers assistant coach Dong Dela Cruz is assured that his team is still in shape and is set to polish their defense.

The Megabuilders — composed of NU Bulldogs who finished second in the last UAAP season — will meet the Gamboa Coffee Spikers next on July 9 in the same venue. Café Lupe, on the other hand, takes on IEM on July 8. – BY: Danine Cruz