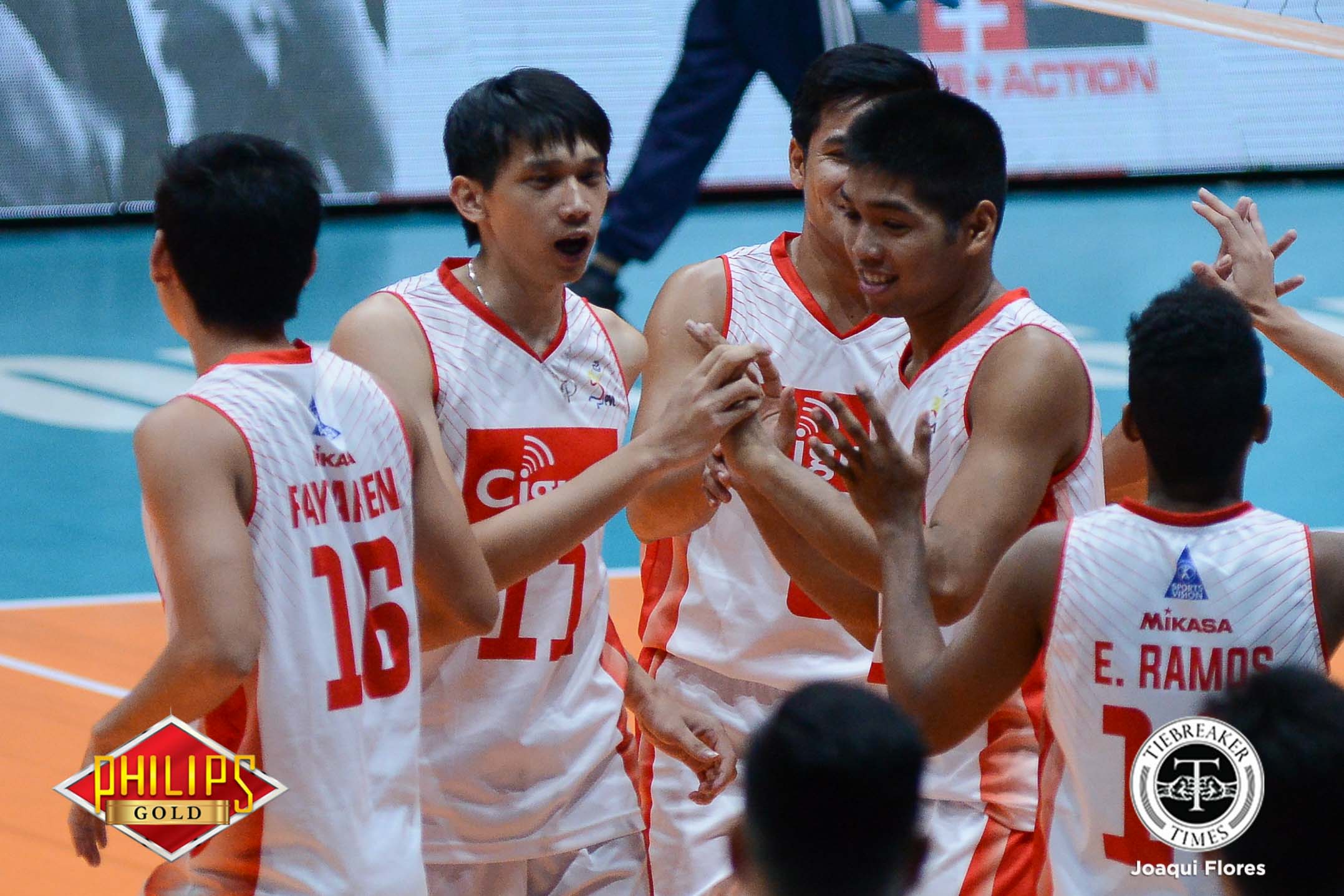 The Philippine Army Troopers were on a high after stunning the Philippine Air Force Airmen in five sets last Sunday. However, the mighty Cignal HD Spikers made sure to send them crashing back down, crushing Army in straight sets, 25-20, 25-19, 25-17, Wednesday morning in the Filoil Flying V Centre.

According to Cignal head coach Oliver Almadro, Cignal’s dominant outing was a result of their good preparation specifically against Army.

“For the past few games kasi ng Army, maganda nilalaro nila so we really prepared for them. Kahit dumidikit yung Army yung resiliency andun pa rin kasi they know what to do kasi nag-prepare talaga sila ng mabuti for the Army,” Almadro said.

Cignal took home all sets and did not allow Army to gain any ounce of momentum.

With three of their players being called up for National Team duties, the second stringers from Cignal are geared to step up.

Manuel Medina and Romnick Rico paced the Army with 10 and 9 points respectively.

Army will face Sta. Elena next, while Cignal will go against Gamboa Coffee on July 16. – BY: Danine Cruz

IEM makes it two in a row

CJ Perez makes sure that everyone remembers his name