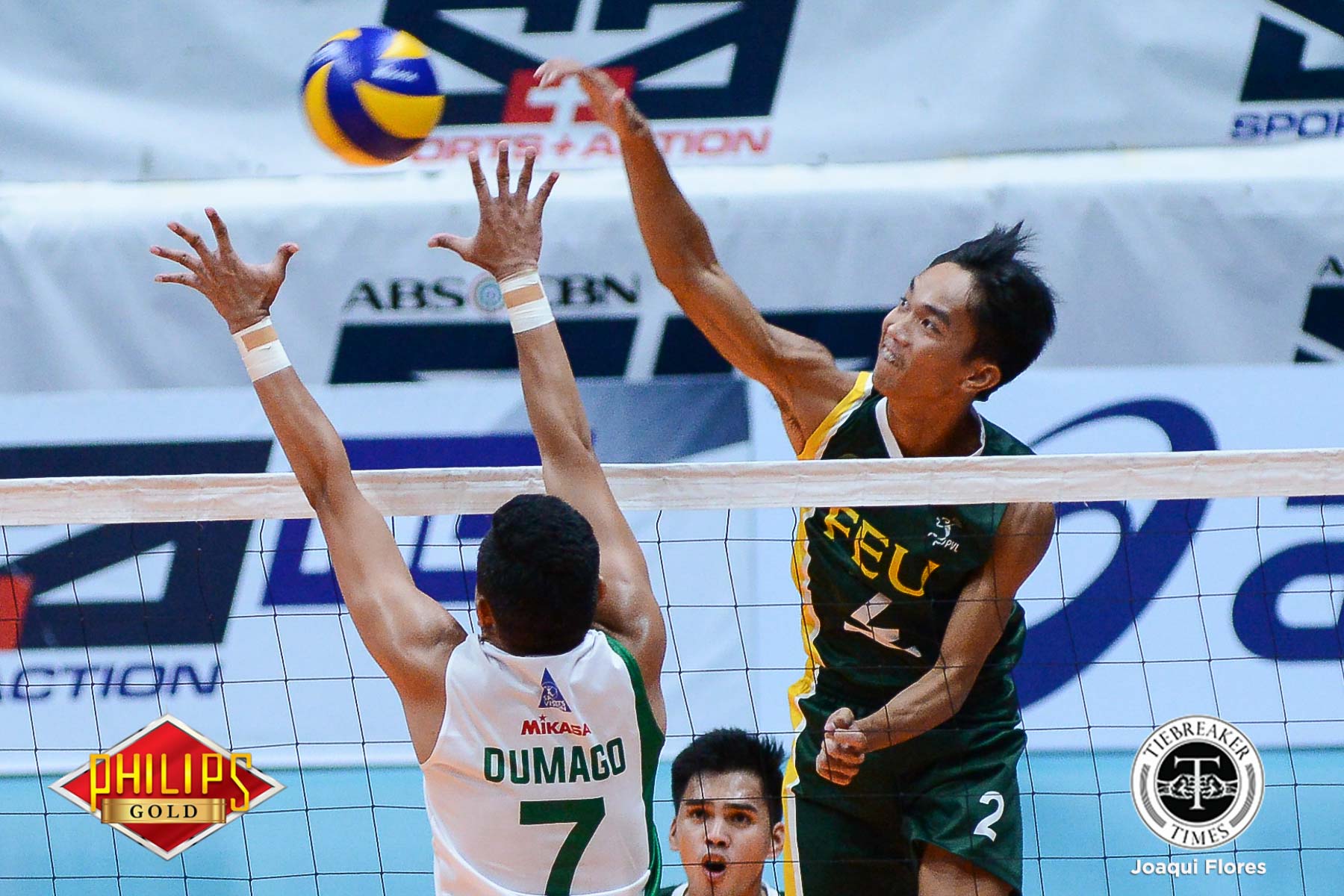 The Far Eastern University Tamaraws continued their outstanding run in the Premier Volleyball League Collegiate Conference, surging to their fourth straight victory at the expense of the College of Saint Benilde Blazers, 25-22, 27-25, 25-22, at the FilOil Flying V Centre.

FEU head coach Rey Diaz lauded his squad’s wins, but acknowledged that his squad still have a ways to go in terms of improvement.

The Tamaraws, holding a 4-1 record, are through to the semis along with defending champions Ateneo de Mania University. They face UAAP rivals University of the Philippines Maroons (1-3) on September 25. Meanwhile, CSB (0-5) will try to end their losing skid against the San Beda Red Lions (1-3) also on September 25.