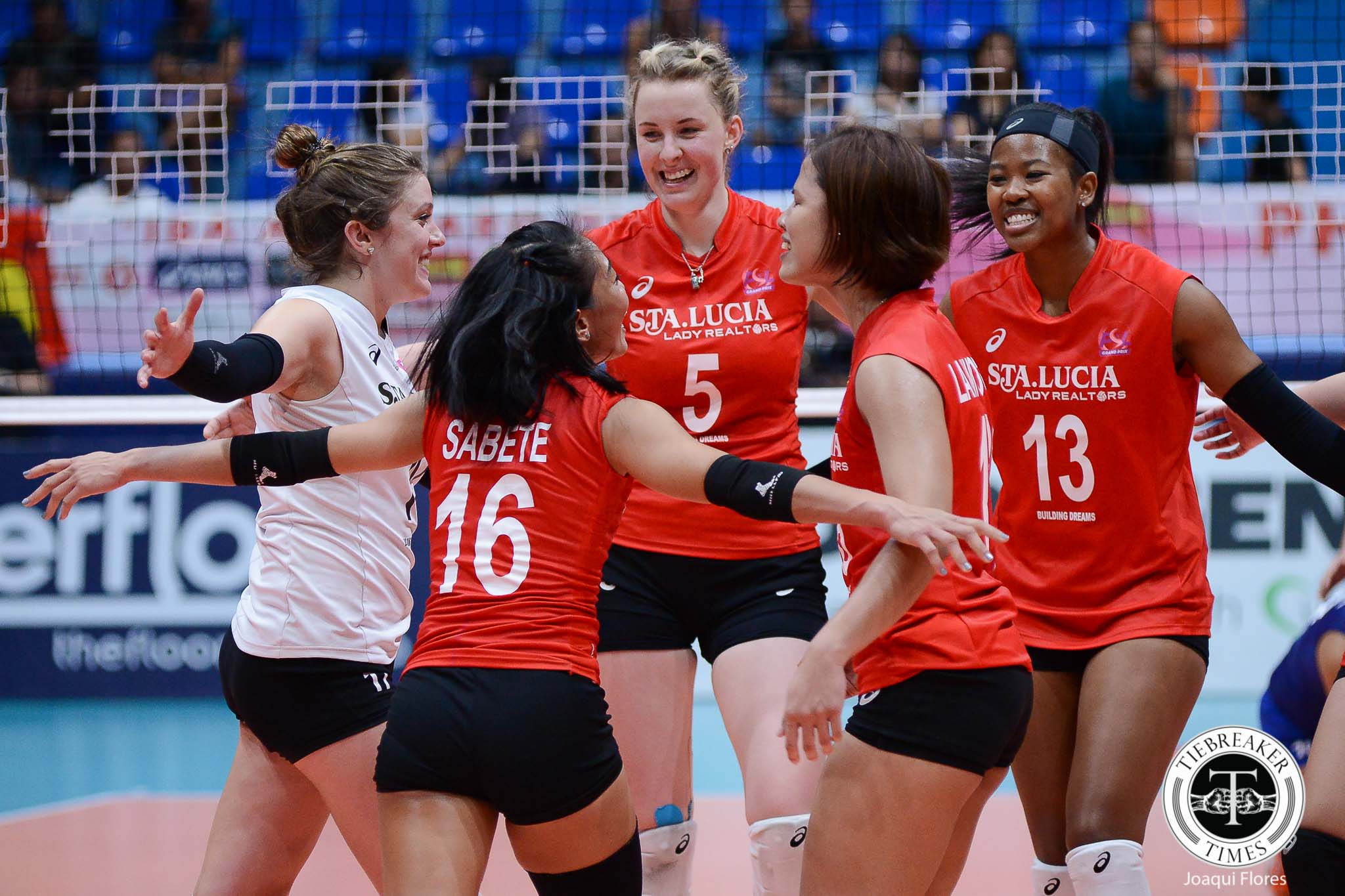 Sta. Lucia — who had just recently ended their four-game slide against the Cocolife Asset Managers — continued to flourish with their complete lineup. With several players back from injury, Sta. Lucia head coach Jerry Yee milked a solid rotation.

“We were able to practice our rotation the entire week,” said Yee. “Our players our motivated. Siguro, it’s the locals talaga that stepped up today. Given na kasi ‘yung ibibigay ng imports.”

Among their locals, Fil-Am middle blocker Mar-Jana Philipps provided the most offensive output with 13 points, six of which came off blocks. Setter Djanel Cheng also had an all-around performance of five points and 30 excellent sets.

Sta. Lucia’s locals also proved the difference in the final set. With Generika ahead, 22-20, Philipps, Cheng and Jonah Sabete provided enough defensive support for their imports to push through and force a deuce. Backup setter Rebecca Rivera then proved clutch, coming into serve for Philipps with the set hanging in the balance at 24-all. Rivera came through with two beautiful serves, the first coaxing bad pass from the Generika defense which turned into an easy block opportunity for import Marisa Field. The second looped over the head of Genrika libero Bia General and dropped right behind her for an ace to clinch the win.

“Hopefully, we are peaking at the right time. Siguro, talagang naging healthy lang kami and the players are really motivated to make the most of their up-and-down season,” added Yee.

The Lady Realtors and Lifesavers both wind up with a 3-5 record and await the result of Saturday’s matches to determine their opponents in the knockout quarterfinals.