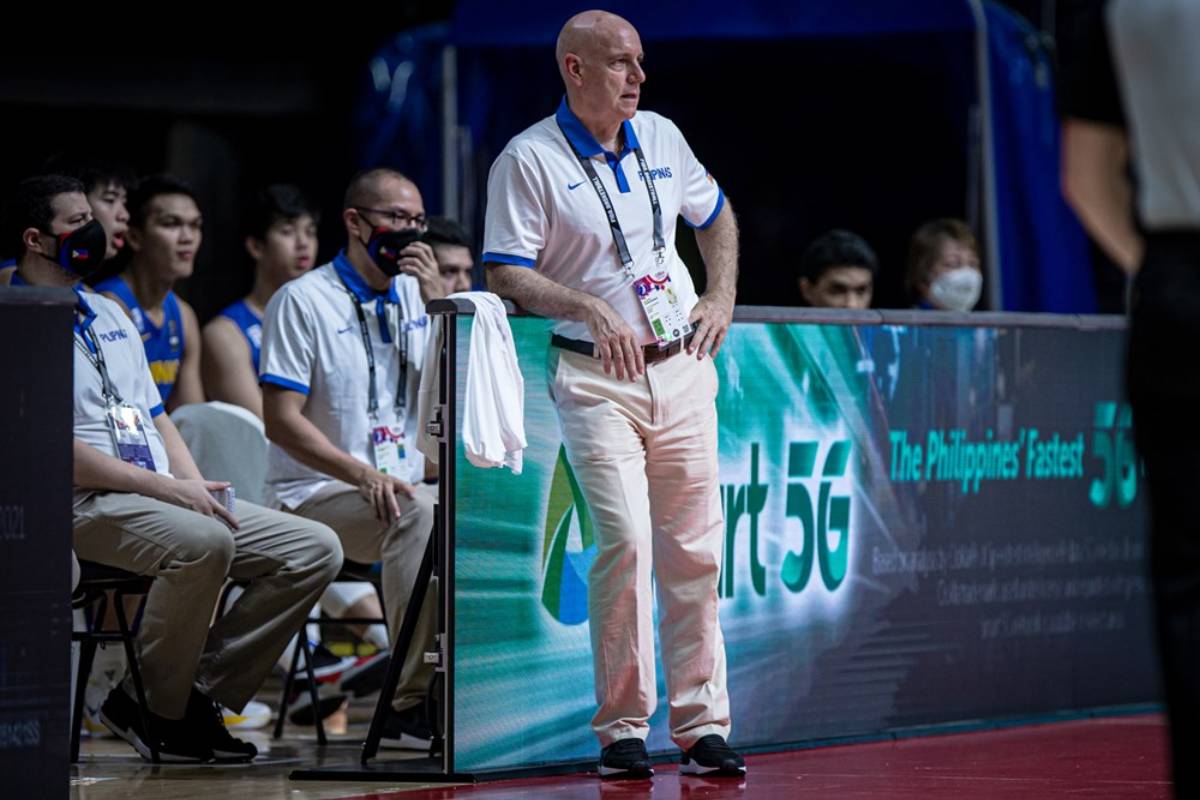 Gilas Pilipinas may have gone winless in the FIBA Olympic Qualifying Tournament, but it won’t be coming back home totally empty-handed.

As cliche as it sounds, the youthful crew will bring with them lots of valuable learnings from playing against some of the world’s best — learnings that will surely be beneficial to its development moving forward.

“We will now hit home with lessons in our pocket,” said program director and head coach Tab Baldwin as the team leaves Belgrade on Saturday.

“We’ll take this on the chin, and we’ll try to learn our lessons and build for the future.”

It was a performance totally far from what they had the night prior, where they came so close to pulling off a huge upset of world no. 5 Serbia before absorbing a 76-83 loss — a result that seemed unbelievable to believe.

“A sort of a mixed campaign here with a decent performance against Serbia and a disappointing performance tonight,” Baldwin offered.

Asked what is the biggest lesson that the young men’s team has gotten from the Belgrade OQT, the decorated mentor mentioned a handful.

“The biggest lesson is something we probably already know — we have a tremendous amount to learn and need to be able to treat measured success, real success, the same as we treat defeat and failure.”

Another realization for the new-age Gilas, according to Baldwin, is that the journey towards where they want to be won’t always be smooth.

Prior to the reality check, the Nationals were coming off a remarkable campaign in the 2021 Asia Cup Qualifiers’ third window that saw them sweep all three of their assignments — including two wins over continental force Korea.

“Tonight was one of those lessons that are going to come along. I’ve been on the record for saying this, there’s going to be some bumps on the road along the way. Certainly, this is a big bump tonight,” he said.

“But we don’t have any other choice but to absorb it, analyze it, and look at ourselves.”