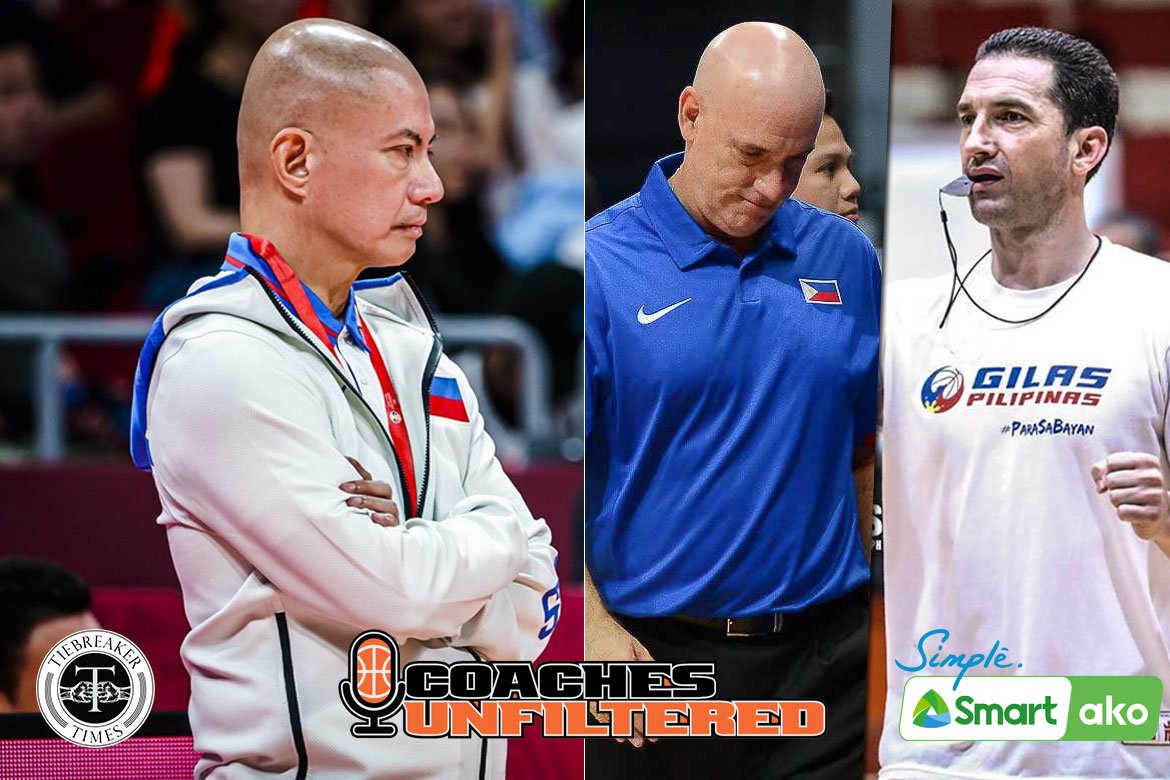 Protecting the welfare of the Filiipino coaches is one of the main aims of the Basketball Coaches Association of the Philippines, which is why the group has always opposed the appointment of foreign coaches here.

And the group had some success following a favorable ruling from the Court of Appeals in 2002, which prohibits foreigners from taking head coaching jobs in the PBA.

Former BCAP president Yeng Guiao, though, isn’t completely against foreign mentors, but he believes that Filipino coaches should be given the chance first and foremost to prove that they are capable, too.

“I’m not against it,” he told Tiebreaker Vodcasts’ Coaches Unfiltered, presented by SMART and supported by Mighty Sports and Choi Garden.

“We have to give our local coaches a chance first.”

For the current NLEX chief tactician, giving a chance to local coaches benefits the coaching scene, since the exposure would help them better fulfill their potential.

“The easiest thing to do for teams is, ‘Do we want a coach? Look for somebody in Europe, bring him here.’ And then the next team will say, ‘O, they brought in somebody from Europe, let’s also get somebody from Europe or from the United States, let’s bring him here.’ And then, it’s going to be all foreign coaches if we don’t do that. So, we will be relegated to being assistant coaches,” said Guiao, who has 30 years of experience under his belt.

“But what I’m saying is, coaching does not need physical abilities — you don’t need to be six-foot-six, six-foot-seven to coach. You can be five-two, five-three, but you can have the talent to coach. But you just need to be exposed. You just need to get the breaks. In coaching, you need to lose before you can win. And you need to lose a lot before you can win,” the seven-time PBA champion coach explained.

“And if you don’t give the local coaches a chance to lose and learn, we will never develop the basketball coaching industry in the Philippines.”

Guiao also knows that another way of helping the homegrown talents develop is through learning from their foreign counterparts, and he is certain that the Filipino coaches are open to it.

The BCAP has made several exceptions to the rule that fits the bill. It won’t oppose appointments of foreigners with enough experience and knowledge, which they could teach to local coaches via “transfer of technology” set-up.

Those who are deemed qualified for such exemptions are former NBA head coaches, as well as coaches in the NCAA Division I who have brought their teams to the Final Four.

And according to Guiao, foreigners are allowed to work as a consultant for a team, where they can impart their knowledge to the local coaches. Unfortunately, such practice has been abused, he lamented.

“That’s why in the law, in the BCAP legal complaint that we filed, pwede ‘yung consultants eh. The problem is, it’s now just being abused. Na-abuse siya,” said Guiao without mentioning teams or names.

“But if they’re really consultants, and they’re teaching our local coaches how to coach, then that would be the perfect formula. And not taking over the coaching job. ‘Yun ang difference.”

Foreigners serving as consultants are not new in the PBA. There’s Ron Jacobs with San Miguel in the late 90s, then there’s Rajko Toroman for Petron, and Todd Purves with the Beermen, to name a few.

Currently, TNT KaTropa has New Zealander Mark Dickel as its active consultant since 2018, while Bong Ravena serves as head coach of the flagship MVP Group franchise.

Guiao reiterated that there isn’t anything wrong in learning from the foreign coaches, but there should be clear lessons taught in the process.

Related Topics:Basketball Coaches Association of the PhilippinesYeng Guiao
Up Next