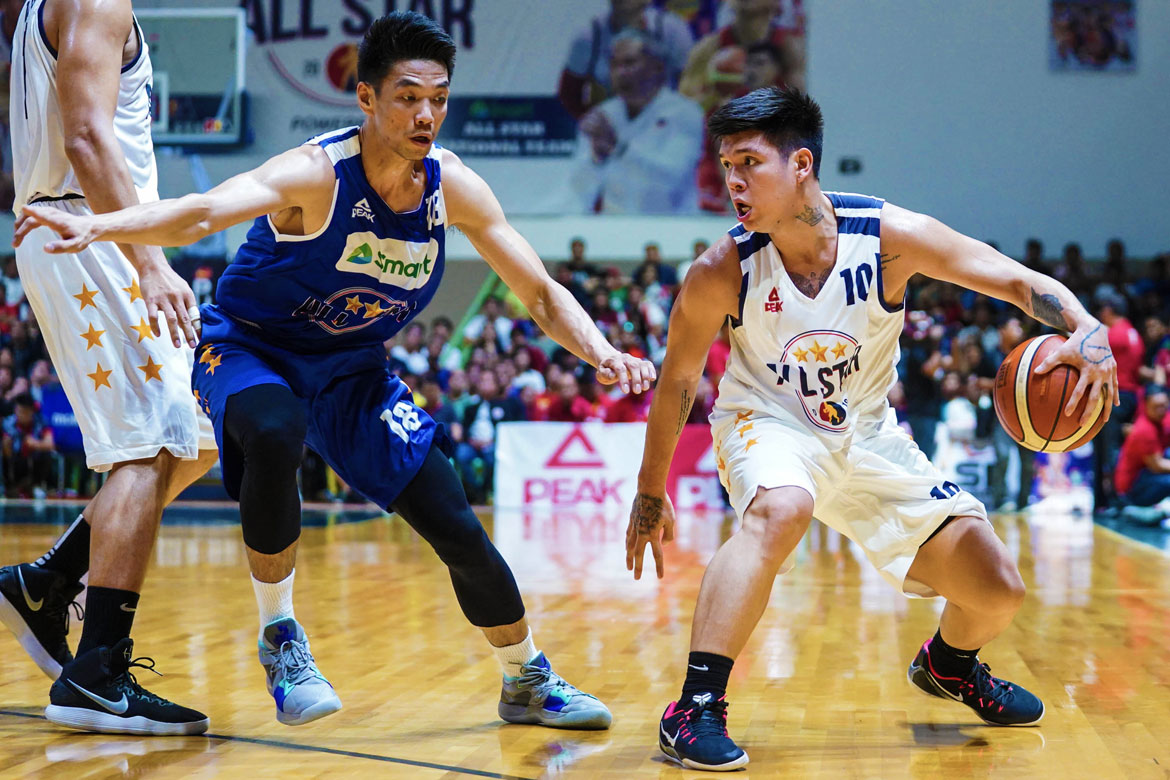 If there was someone who wasn’t able to enjoy the 2018 PBA All-Star Week’s second leg in Batangas City, it was Allein Maliksi.

The 6-foot-4 gunner injured his ankle just five minutes into the game of the SMART All-Star National Team-Luzon All-Stars clash following a collision with Calvin Abueva after his shot.

Maliksi never returned to the match, cutting the Nationals’ head count to just seven. The Blackwater Elite swingman played a total of four minutes and 21 seconds, finishing with just two points, four rebounds, and an assist.

His absence, however, was hardly felt, as the depleted SMART All-Stars still managed to take care of business, 152-149, drawing major contributions from Terrence Romeo and Jio Jalalon, who both made All-Star records.

Losing players due to injuries in an All-Star contest is a downer. SMART head coach Yeng Guiao felt the same way, ruing the missed opportunity of coaching the 30-year-old Maliksi, who is a two-time All-Star.

“I really wanted to have coach him and play him pero na-sprain eh.”

When Maliksi never returned, there were fears of his ankle sprain being a serious one. Guiao, however, allayed these, clarifying that he did not allow Maliksi to return as to not aggravate the injury.

Now, Maliksi’s status for the final leg of the All-Star Week in Iloilo is hanging in the balance. The 2017 SEABA champion is set to play for the Nationals again, as they will take on the Visayas All-Stars, who will have June Mar Fajardo.