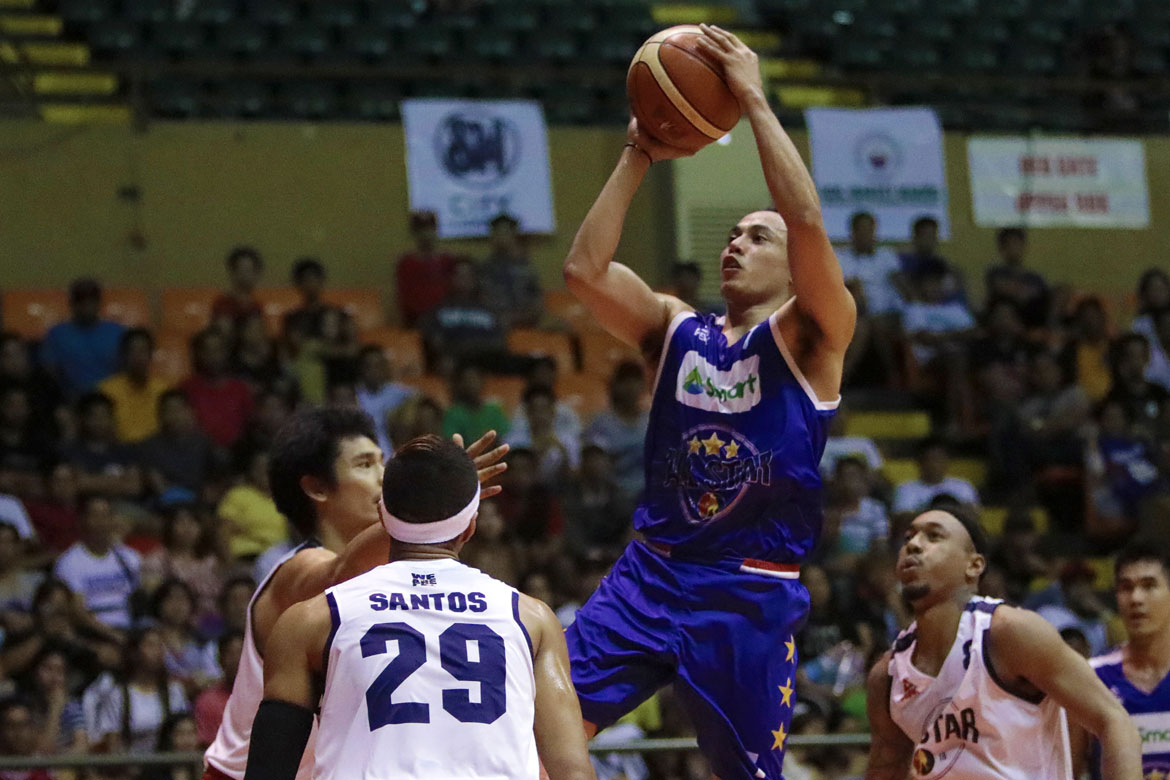 The SMART All-Star National Team did not let themselves fall into a 0-2 hole in the PBA All-Star series as they arrested a late-game rally by the Luzon All-Stars, 152-149, in the 2018 PBA All-Star Week, Friday night in Batangas City.

Terrence Romeo made the Batangas City Sports Center his own playground, unloading 48 points on 57 percent shooting from the field along with 11 assists and six rebounds to bag home All-Star Game MVP honors.

Romeo has now rewritten the league’s history books as he has eclipsed the All-Star scoring record of 44 points, which was both set by James Yap and Dylan Ababou back in 2012, where they ended up as co-MVPs.

A glimmer of hope shone for Luzon, as they were able to steal the ball from the Nationals off a baseline inbound. Hometown hero LA Tenorio went wide-open from beyond the arc and took the shot, but the ball missed its’ target.

Making the win even sweeter for SMART is the fact that they had a totally-depleted lineup in the match. Originally a 10-man troop, the Nationals only fielded in eight, as they played without Carl Bryan Cruz and Kiefer Ravena.

Their rotation became even shorter after they lost marksman Allein Maliksi. The Blackwater Elite gunner left the game for good with 7:39 to go in the opening frame, as he sustained an apparent ankle injury after a collision.

But having limited resources didn’t seem to bother them at all, as the Nationals all contributed commendably. Reigning four-time PBA MVP June Mar Fajardo finished with 30 points on 58 percent shooting alongside 14 rebounds.

Jio Jalalon made history in the second leg of the festivities, finishing with a triple-double of 12 points, 11 rebounds, and 10 assists to become the first player since former two-time league MVP Willie Miller did so back in 2007.

Calvin Abueva was all over the place for Luzon, as he produced 23 points on 20 shots, with 16 rebounds, and six assists. Tenorio also made his presence felt with 12 markers, seven assists, five rebounds, and two steals.

The culmination of the week-long festivities will be on Sunday, May 27, in Iloilo City, where the Nationals will take on the Visayas All-Stars.