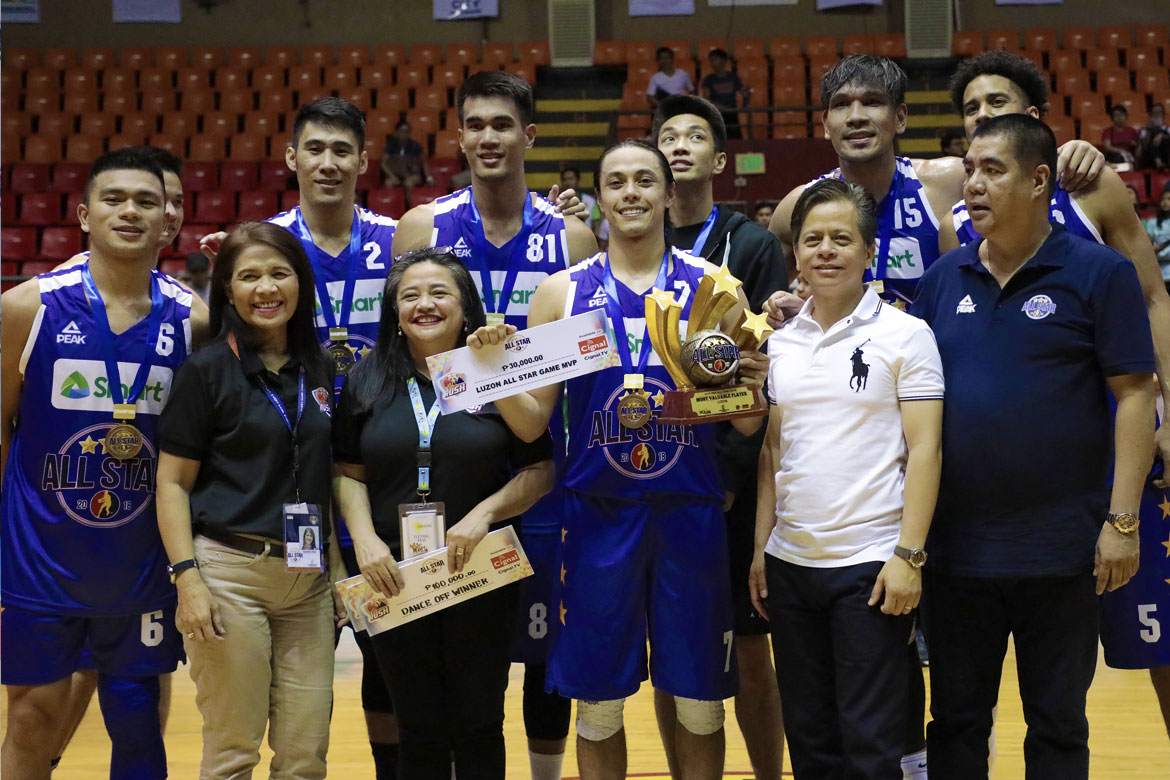 Terrence Romeo was undoubtedly the brightest star on Friday night.

The best scorer in the PBA today, Romeo put on a show in Batangas City in the second leg of the 2018 PBA All-Star Week, scoring a whopping 48 points to power SMART All-Star National Team past the Luzon All-Stars, 152-149.

Romeo, who also had 11 assists and six rebounds, was rightfully adjudged as the All-Star Game Most Valuable Player. This is now his third All-Star Game MVP award, having won the plum back in the 2015 and 2017 festivities.

Ultimately, the TNT Katropa star has rewritten the league’s history books, as he now owns the All-Star scoring record, which was previously held by Dylan Ababou and James Yap when they both dropped 44 back in 2012.

It was truly the best of nights for the 26-year-old. But for Romeo, this was all possible thanks to their desire to bounce back — the Nationals were coming off a 130-144 loss to Mindanao All-Stars in Davao last Wednesday.

“Eight lang kami tapos naging seven lang sa huli kasi na-injury pa si kuya Allein (Maliksi),” he added, as the Nationals were able to win even with an ultra-depleted line-up, which had originally been built as a 10-man contingent.

Earlier in the night, Romeo took part in the Three-Point Shootout. He reached the Finals, but he lost to James Yap. Asked if that setback added more fuel to the fire within him, Romeo said that the All-Star Game MVP might be the one for him.

Romeo wasn’t even expected to show up in the festivities due to his ankle injury. But he then proved otherwise, and he himself confirmed that he will finish the third leg in Iloilo this Sunday. For him, he’s doing this all for the fans.

UP takes on Lyceum in KO quarters; 10U, 12U champions to be crowned