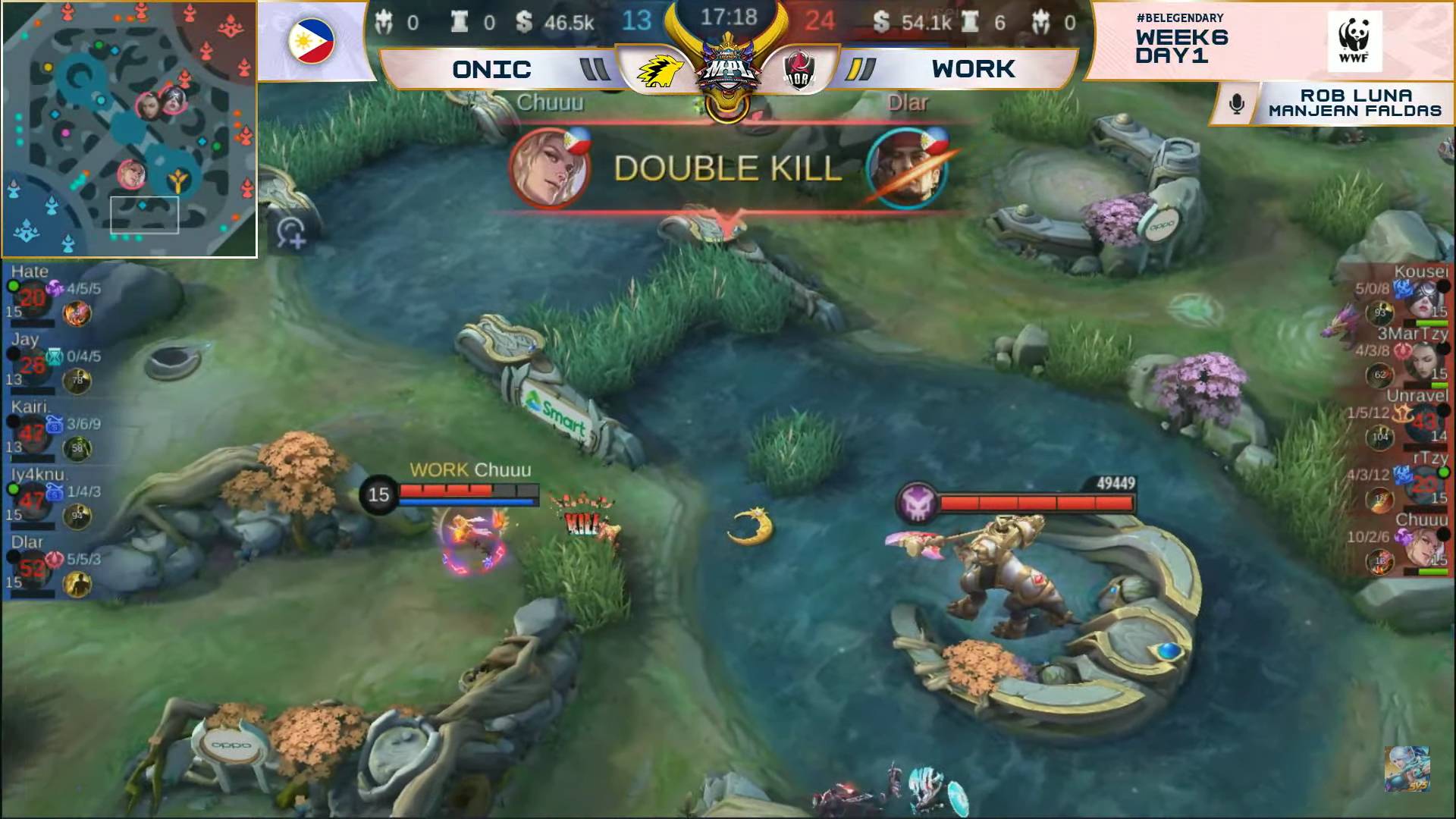 The top team in the MPL qualifiers bolstered its bid to claim one of the upper bracket slots in Group A with 21 points through a 7-4 standing.

After a tug of war for the Luminous Lord entering the 17-minute mark, Work managed to get a kill on Jaylord “Hate” Gonzales’ Roger to kick things off.

Dylan “Unravel” Catipon (Khufra) soon went down as Kairi “Kairi” Rayosdelsol (Mathilda) and Gerald “Dlar” Trinchera (Lapu Lapu) ganged up on the Work tank to make it a three-on-three fight.

Chuuu, along with Kousei and 3MarTzy, marched down the middle lane to finish the game. 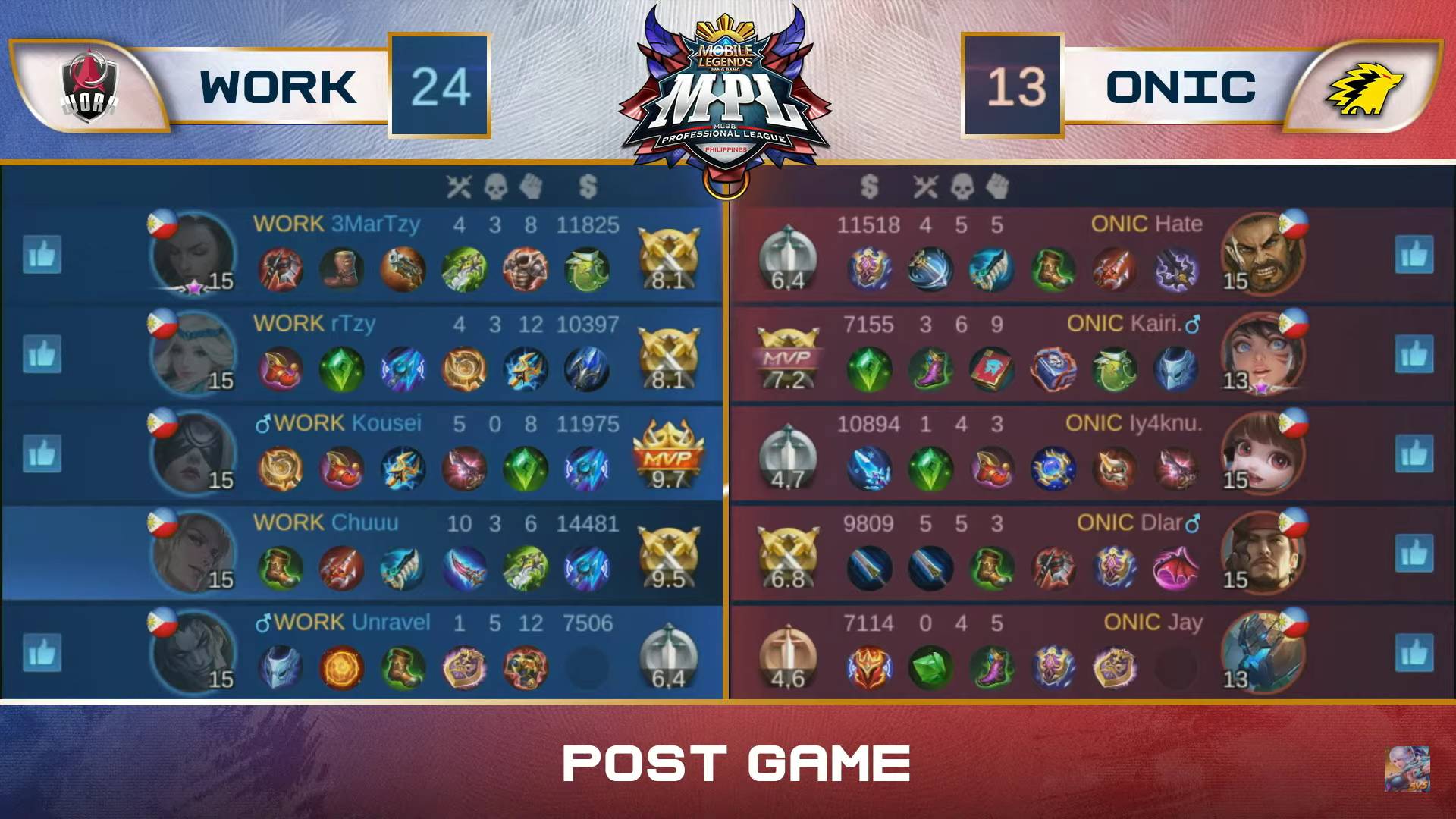 It was a free Uranus game for 3MarTzy in the opener, constantly disrupting ONIC PH’s backline en route to a 20-11 Game One win. 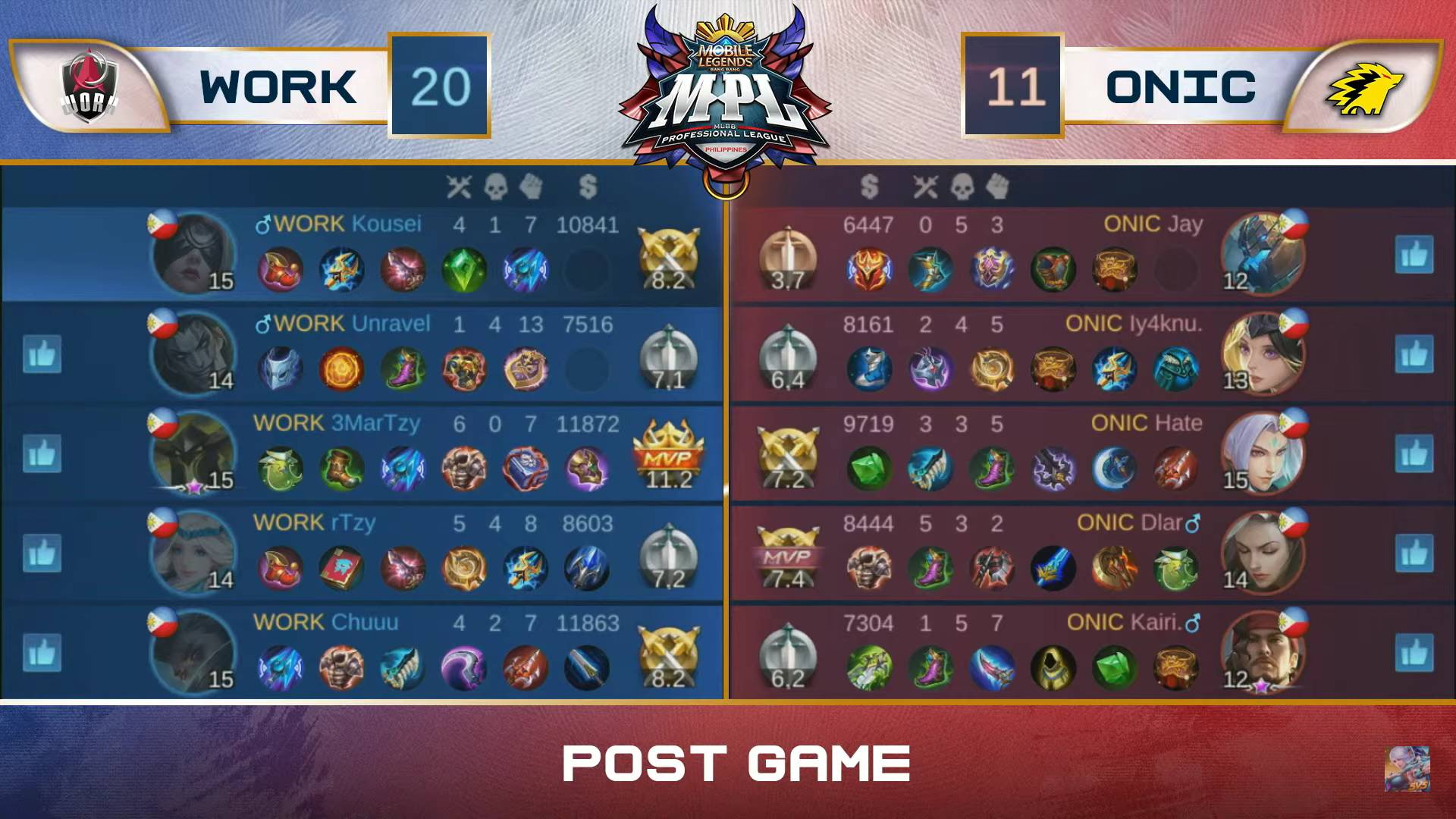 ONIC PH, led by Dlar’s Benedetta, fought back late but it was not enough as Work Auster Force trumped their unorthodox Lapu Lapu support pick.

3MarTzy, who finished with six kills and seven assists without a death, was named the SMART MVP of Game One. He also took a total of 124,070 damage for Work throughout the match.

The MPL-Philippines Season Six fourth placer suffered its fourth loss in 10 outings and now has a 6-4 card to remain at the third place of the same group — tied with Bren Esports.

Work Auster Force looks to solidify its upper bracket bid against defending champion Bren Esports tomorrow at 7:30 pm while ONIC PH will try to up its slate against Nexplay Esports on Sunday also at 7:30 pm. 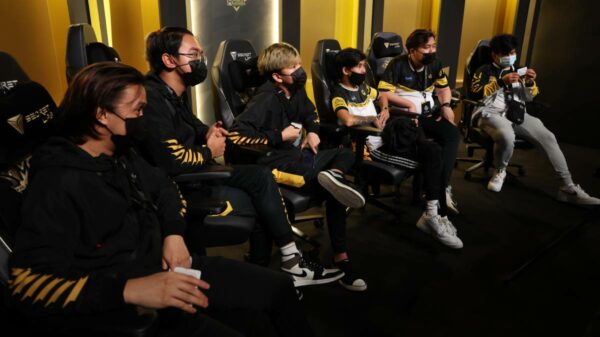