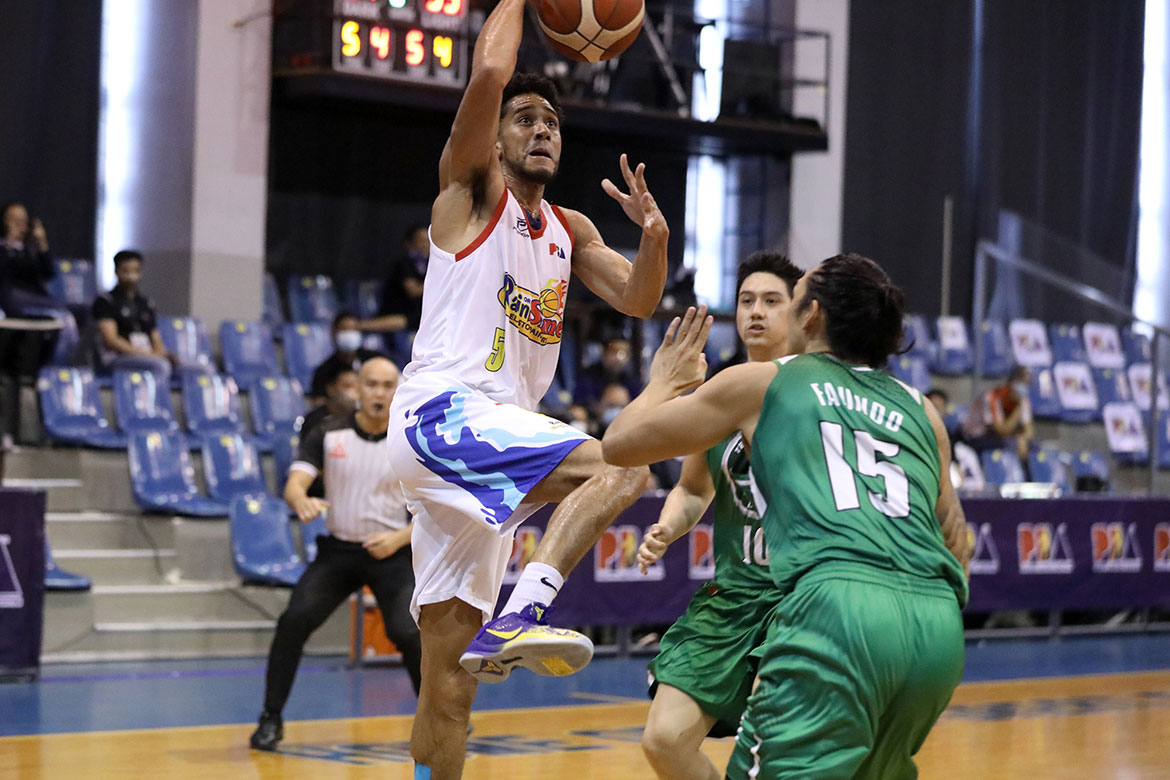 Gabe Norwood was among the reasons why Rain or Shine is now among the top teams this early in the 2020 PBA Philippine Cup.

The 35-year-old had 14 points, on top of six rebounds, four assists, three blocks, and a steal in the Elasto Painters’ 91-82 conquest of Terrafirma, Friday.

And his last four points proved to be among the most important shots for his side that ultimately led to their second victory in as many games.

The Dyip threatened by cutting a 16-point deficit to just six with 3:31 left to play until Rey Nambatac hit a deep three to halt their momentum.

That’s when Norwood came in. He stole the ball from CJ Perez, and then made an easy lay-in to re-establish the double-digit gap, 87-76, with 1:57 to go.

Terrafirma converted on another bucket on the other end but the 12-year veteran decided to put the game away — by himself.

His teammates cleared out while he was on the left-wing, and he hit a fadeaway over Glenn Khobuntin to make it 89-76 with 1:24 to play.

The 6-foot-5 guard was seen to really be enjoying the game. And there was even a point where it was like the Norwood of old that was in action.

At the 9:40-mark of the fourth quarter, he outjumped two Dyip defenders and cleaned Sidney Onwubere’s miss through a two-handed putback, much to the delight of the whole Elasto Painters.

It was indeed an impressive outing for Norwood. And head coach Caloy Garcia has an idea behind such.

Terrence Romeo out of TNT game after dislocating shoulder