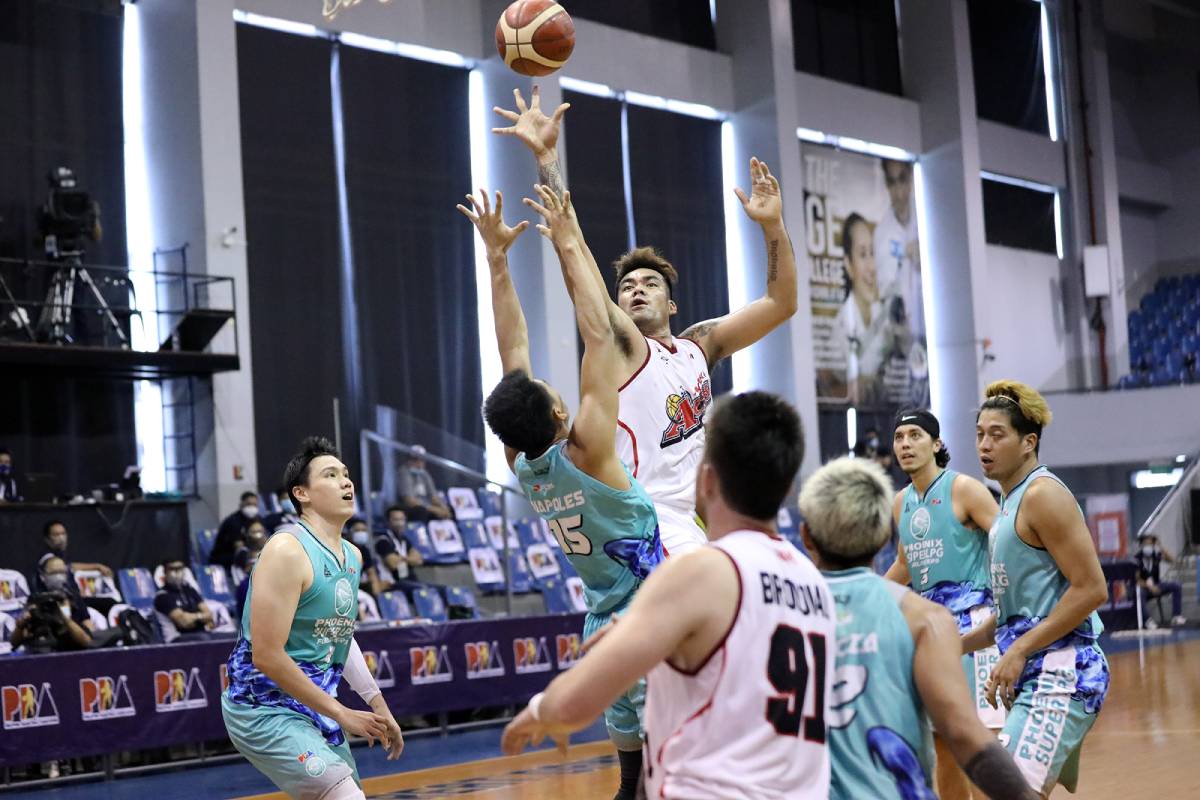 The PBA on Tuesday approved the deal that would send the wantaway star to Phoenix Super LPG in exchange for seasoned guard Brian Heruela and three picks in the 2021 Rookie Draft scheduled in March.

Alaska also sent its 7th and 19th overall picks in while receiving the no. 6 pick — which the Fuel Masters got from the Calvin Abueva trade with Magnolia — and the rights to no. 16, as well as its 2021 first-round pick.

This development finally puts an end to what had been a challenging period between Manuel and the Aces, who acquired the former from Air21 via trade in exchange for slotman Aldrech Ramos back in 2014.

It all began last January, when the 6-foot-4 forward said that he would rather get traded somewhere else as he claimed that none from the Aces approached him following the expiration of his contract at the end of 2020.

Alaska head coach Jeff Cariaso, however, clarified in a statement that the team management actually met with his agent five days before his old contract expired and offered the two-year max deal.

The cager-turned-mentor even met with Manuel the night the news broke regarding his request, as he explained to the former PSBA standout why the team offered him the aforementioned pact.

“We really just wanted him to be better during the times that we needed him the most,” he told Coaches Unfiltered late January. “That was an honest and thought-out kind of circumstance that I wanted to make sure I explain to him.”

Negotiations then went on as Alaska also wanted to have the best possible deal, and discussions ended when both camps agreed to a sign-a-trade deal Monday night, according to sources, leading to his departure for Phoenix.

#ReadMore  Tats Suzara looks to have unified leagues during term

Manuel signed the same deal offered to him, another source said.

The Fuel Masters were among the preferred destinations of Manuel since his good pal Abueva was there, but there won’t be any more reunion as the latter got dealt with the Hotshots last week for Chris Banchero and two draft picks.

Still, it should be a fresh start for the Nueva Ecija-native, joining a Fuel Masters side that is coming off a memorable run in the 2020 Philippine Cup bubble where they were just one win away from the Finals.

And he also gets to reunite with some of the people he had worked with the Uytengsu-owned franchise, such as head coach Topex Robinson, manager Paolo Bugia, and players Banchero and RJ Jazul, to name some.

Manuel further fortifies a Phoenix frontcourt bannered by Justin Chua and Jason Perkins, both of which were instrumental in their team’s solid campaign in the lone conference played in a pandemic-shortened season.

Heruela, meanwhile, joins an Alaska side that’s been beefing up its roster the past few days. It just secured its future by signing Jeron Teng to a three-year max deal while welcoming big man Yousef Taha with a one-year deal.