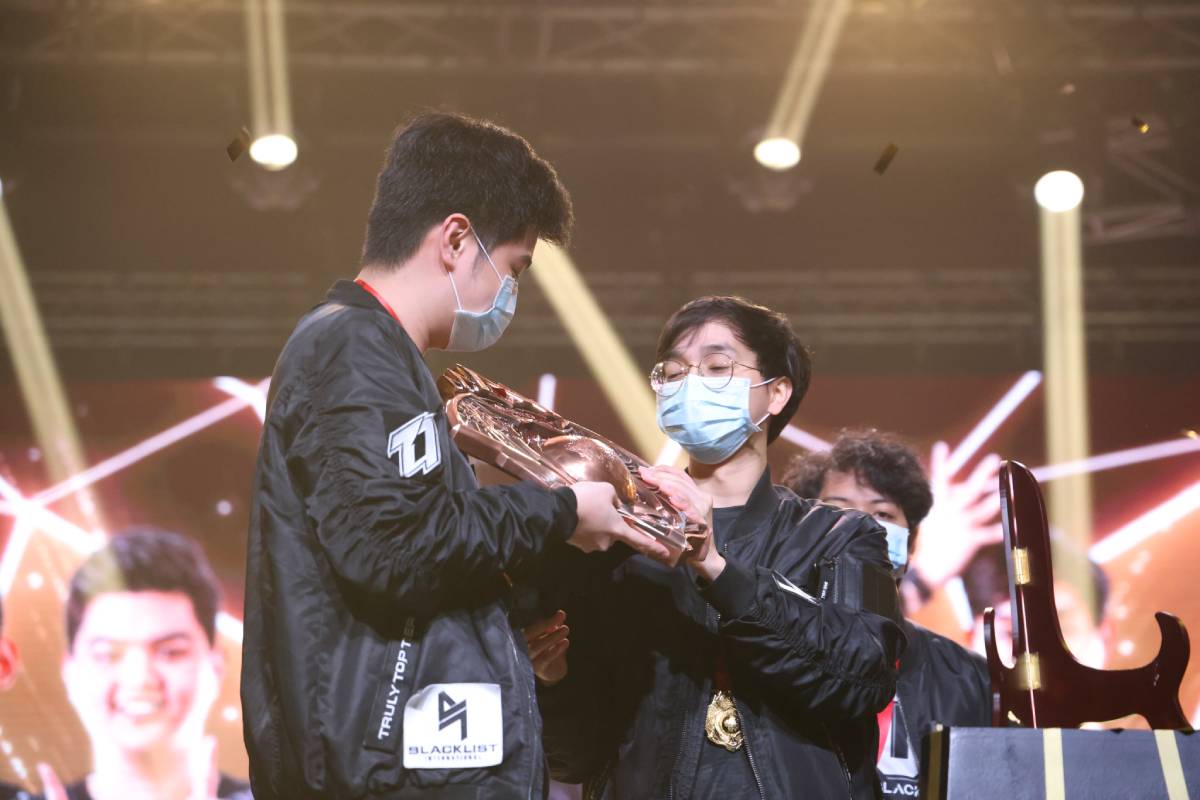 For the longest time, the duo of Johnmar “OhMyV33NUS” Villaluna and Danerie “Wise” Del Rosario have been two of the most criticized players in the local Mobile Legends scene.

And it was never about their personality or demeanor.

In fact, both players have always been one of the few true professionals in the league ever since they entered the league back in Season Four.

The flak, unfortunately, traces back to their unorthodox hero pools, which never really brought them success during their early years.

That, until this year.

With coach Kristoffer “BON CHAN” Ricaplaza’s schemes; Blacklist International’s nurturing environment; and a legion of fans backing their approach, OhMyV33NUS and Wise flourished as one of the best MLBB players in the Philippines.

And on Sunday night, they proved that their hero pools – once deemed ineffective – can thrive not just in the local scene but on the world stage.

Together, they led Blacklist International to a 4-0 sweep of ONIC Philippines in the M3 World Championship grand finals at the Suntec Singapore Convention and Exhibition Centre.

Wise was known as a Mage and Marksman specialist during his first season in the league. But a sudden change in the meta back in Season Five forced him to play the likes of Ling, Lancelot, and even Hanzo.

OhMyV33NUS, on the other hand, introduced the scene to his Support heroes in Season Four but strayed away for a bit from his comfort picks in the next two seasons.

With two MPL championships and world title under their belt, OhMyV33NUS gave a piece of advice to their fellow specialists in the MLBB scene.

“Just focus on yourself, believe in yourself, and believe and in your teammates and talagang kakayanin mag champion.”