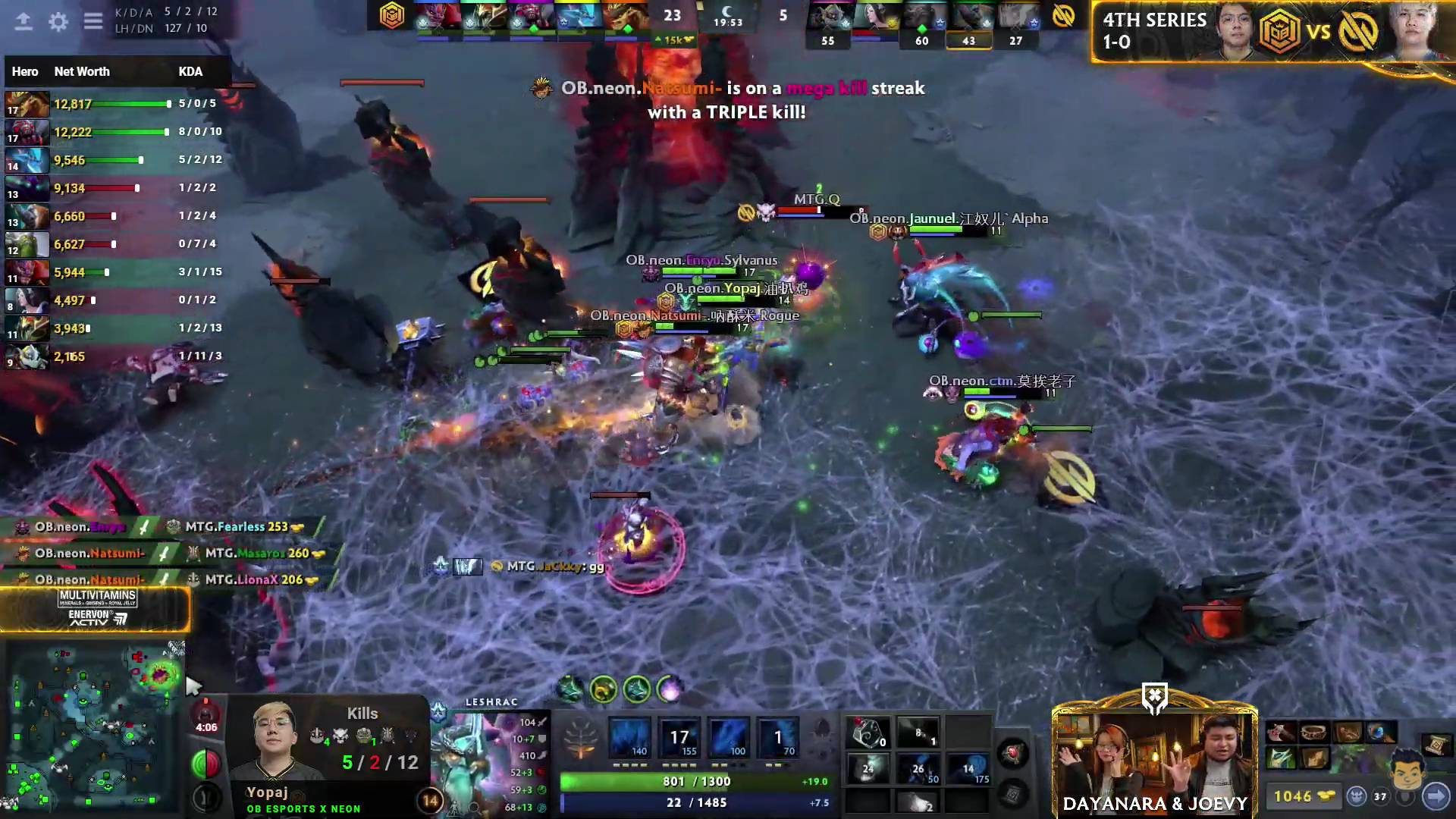 OB Esports x Neon stomped over the heavily-favored Motivate.Trust Gaming via a 2-0 sweep to advance to the upper bracket semifinals of The International 10 Southeast Asia regional qualifiers, Thursday.

Though the game reached the 40-minute mark, Motivate.Trust never really had a clear answer to Natsumi as he finished with an 11-1-8 stat line in 43 minutes and 10 seconds of game time.

Come Game Two, the ONE Esports Singapore Major 5th-6th placer put on a clinic as they forced the GG on the Thais in just 20 minutes and three seconds via a 24-5 annihilation.

OB Neon team captain Gabriel “Skem” Ong’s Lion was all over the place with a game-high 16 assists laced with three kills and a death.

Natsumi and Enryu capped off the win with an Ultra Kill and a Triple Kill, respectively, which forced the GG call.

On the other hand, Souliya “JaCkky” Khoomphetsavong’s Terrorblade never had the chance to reach its max potential after being held to just a kill, two deaths, and two assists.

OB Neon will next face Season One rival Fnatic in the upper bracket semis while Motivate.Trust dropped to the lower bracket where they will face the all-Filipino Cignal Ultra, who was coming off a 2-0 sweep over the ex-South Built Esports.