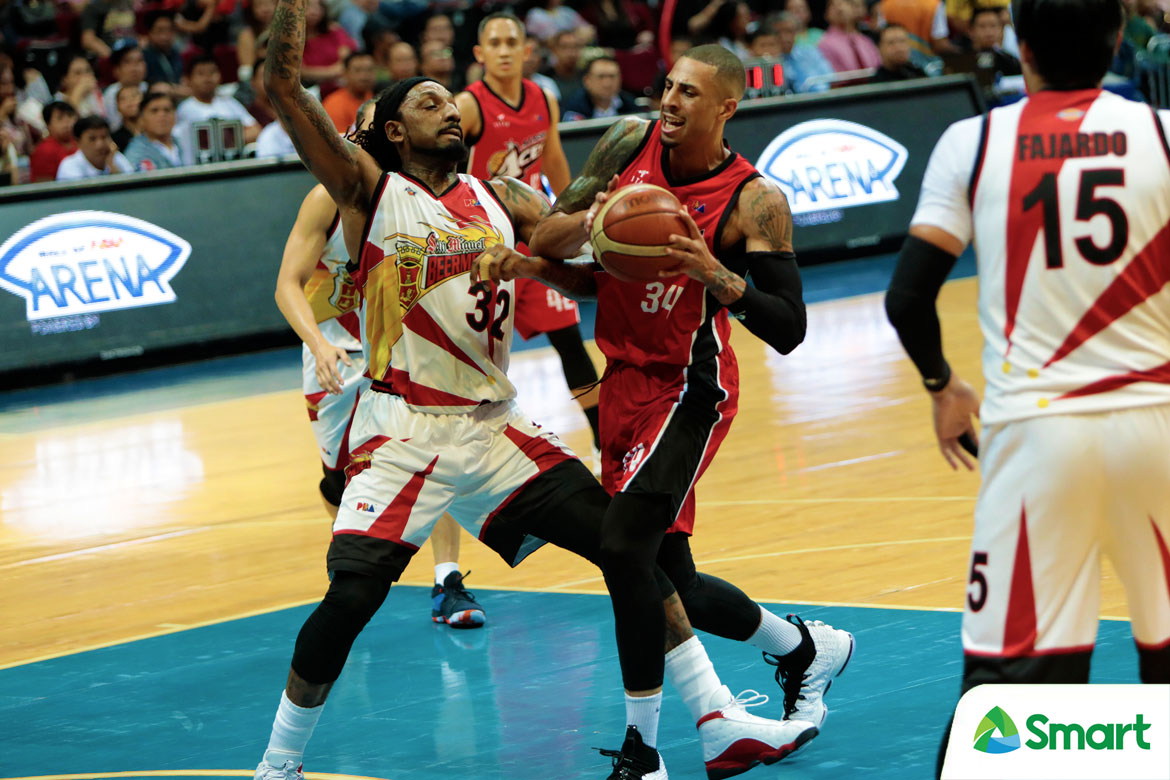 It looks like Diamon Simpson’s expectations of his second PBA stint have changed after Saturday night.

Having won the 2010 Fiesta Conference title with the Alaska Aces, Simpson is keen on bagging another title in his return this 2018 Commissioner’s cup. But after facing the San Miguel Beermen in their semis opener, he was struck, somehow.

Simpson witnessed how his 31 points and 24 rebounds went down the drain, as the Beermen showed the form that made them win last year’s mid-season crown and trounced the Milkmen, 92-79, for a 1-0 lead in the race-to-three series.

“Winning a championship once before, that’s my expectation. Now it’s a little more challenging and teams are a lot more polished. It’s going to be tough,” admitted the 6-foot-7 reinforcement after the loss at the SM Mall of Asia Arena.

Simpson saw how six players scored in double figures for the Beermen in the win, with June Mar Fajardo leading the pack with 17 points and import Renaldo Balkman supplying 13 markers and 11 boards with four assists.

Moreover, the 30-year-old was in awe of how San Miguel’s bench provided the spark – a bench led by bruiser Kelly Nabong and Christian Standhardinger, who has returned to the fold following a lengthy break from knee issues.

“It’s a good team. Further than Balkman and June Mar, the guards, the bench, they got a lot,” the well-spoken Simpson opined.

Still, even if the Aces are now down in the series, Simpson is optimistic of their chances against a heavily-favored team in the Beermen.

“I feel hopeful, you know, to look at it positively,” said Simpson, now a nine-year journeyman. “We got some work to do but we work hard then we can definitely improve our chances of coming out of this with a win.

“Game Two is another chance to fight so we got to come out ready and come out way more aggressive than we came out today.”

No excuses for Vic Manuel