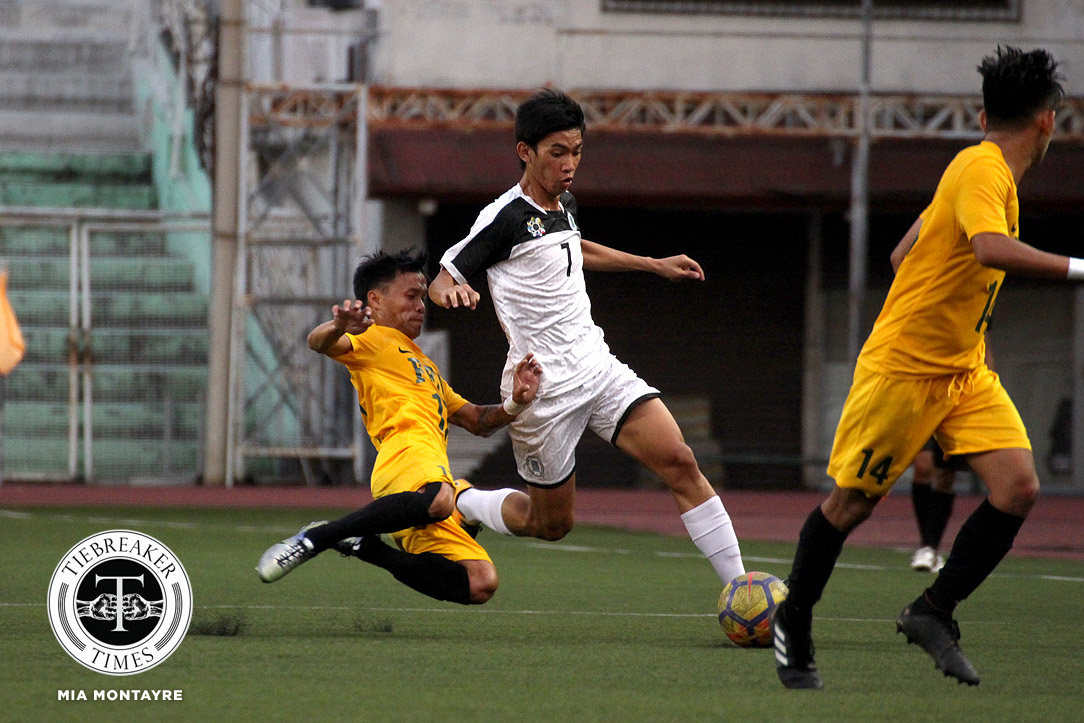 Arnel Amita showed once again why he is one of the game changers in the UAAP Season 80 Men’s Football Tournament but it was not enough to hand the Far Eastern University Tamaraws the much-needed three points.

Brought on early in the second half, Amita won and converted a penalty to enable the Far Eastern University Tamaraws to reclaim the lead but a late own goal allowed the University of Santo Tomas Golden Booters to draw 2-2, Thursday afternoon at the Rizal Memorial Stadium in Manila.

The draw allows UST to remain at third place and increase its points tally to 15 while FEU will lament the costly error as it is stuck at sixth place with 9 points in the league table.

“I thought we almost won but actually our weak point are set-pieces. We should have not fouled there (outside the FEU box) then we almost won. It’s really unlucky,” lamented Tamaraws coach Park Bo Bae.

The Golden Booters then pushed forward in search for the equalizer. AJ Pasion headed narrowly wide from a corner kick but he would have a hand in UST’s goal six minutes from halftime.

FEU failed to clear their lines from a set-piece which allowed Pasion to force a save from Tamaraws goalie Dave Parac. Parac, though, could only watch on as UST midfielder John Alianza rebounded the ball in.

Upon the game’s resumption, it was the Tamaraws who would retake the lead. FEU brought on Arnel Amita for Rico Andes in the second half and the former was fouled in the UST box. Referee Wilfredo Bermejo then showed no hesitation and pointed at the spot. Amita took the spot-kick and easily dispatched it at the 56th minute for what was his first goal in two seasons.

However, Amita almost turned into a villain for the Tamaraws as he lost the ball at a dangerous position. UST midfielder Conrado Dimacali stole the ball from Amita and struck at goal only to be denied by the crossbar.

In the end, though, UST found a way to save a point. An own goal by FEU’s Marole Bungay from a UST set-piece handed the Espana school a reprieve and sunk Tamaraws hearts. It wasn’t the best way to score a goal but the Golden Booters won’t mind as it means they go home with a souvenir.

Both schools will resume their respective campaigns on March 18 at Rizal Memorial. UST will play Ateneo de Manila University at 3:00 PM while FEU shall take on De La Salle University afterwards at 5:00 PM.