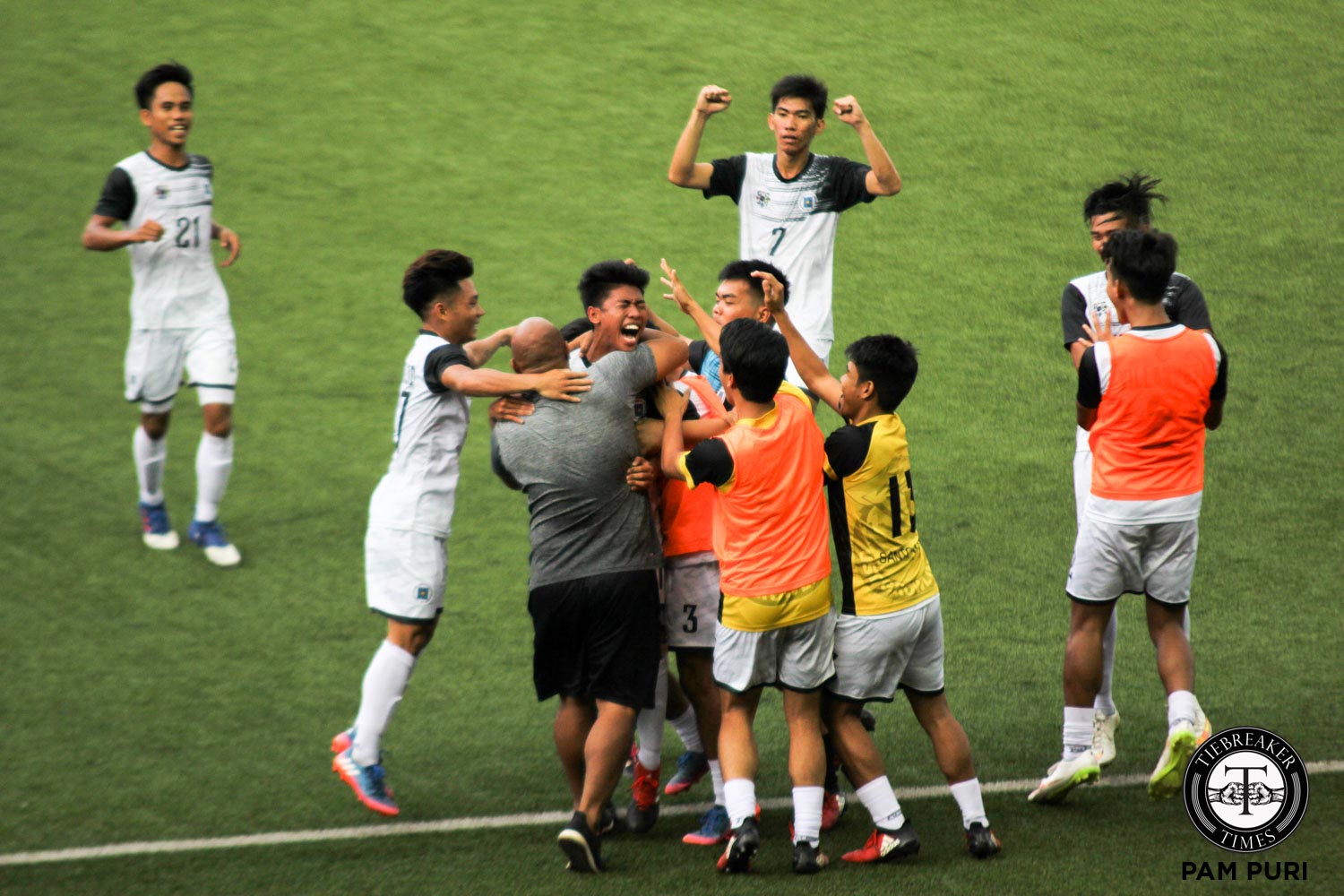 A ship towards the UAAP Season 79 Men’s Football Tournament post-season still hasn’t sailed for the University of Santo Tomas Golden Booters, as they snatched a 2-1 victory over the National University Bulldogs.

Darwin Busmion (17′) and substitute AJ Pasion (86′) salvaged the points for the España school today at the Rizal Memorial Stadium in Manila, as Mike Arbela’s (75′) leveler failed to change the tide for the Bulldogs.

The Golden Booters raced to one-goal lead at halftime when Busmion converted a Darryl Regala freekick after 17 minutes of play.

Upon the game’s resumption, the Golden Booters should have doubled their cushion. Busmion’s freekick forced a routine stop from NU goalie Chris Perocho, and the attacking midfielder had another attempt which went over afterwards.

As in their last game against the De La Salle Green Archers, the Bulldogs belatedly upped the ante in search of a leveler. NU veterans Lawrence Colina and Marvin Viray were denied by UST goalie Zaldy Abraham, who then performed one of the saves of the season against a surging Eddie Alivio.

A goal was imminent for NU, and it finally came in the 75th minute. Arbela turned in a Bulldogs set-piece with a fine finish to give his teammates, coaches and their supporters relief after a troublesome period.

NU should have secured the advantage in the game’s final stages when Colina infiltrated the UST box, only for Abraham to rush out and make the save. And then came the twist. With 86 minutes passed, UST sophomore Pasion found himself unmarked in the NU box to tap the ball into the net.

All seemed lost for UST, but the Thomasians held on to a priceless 2-1 win. As for NU, it seems like another season without making it to the Final Four beckons.

NU (16 points) shall face defending champions University of the Philippines on April 20, 9:00 AM at Ateneo de Manila University’s Moro Lorenzo Field. It will be the Bulldogs’ last game of the elimination round.

On the other hand, UST (17 points) shall face Far Eastern University on April 9, 3:00 PM at Rizal Memorial.