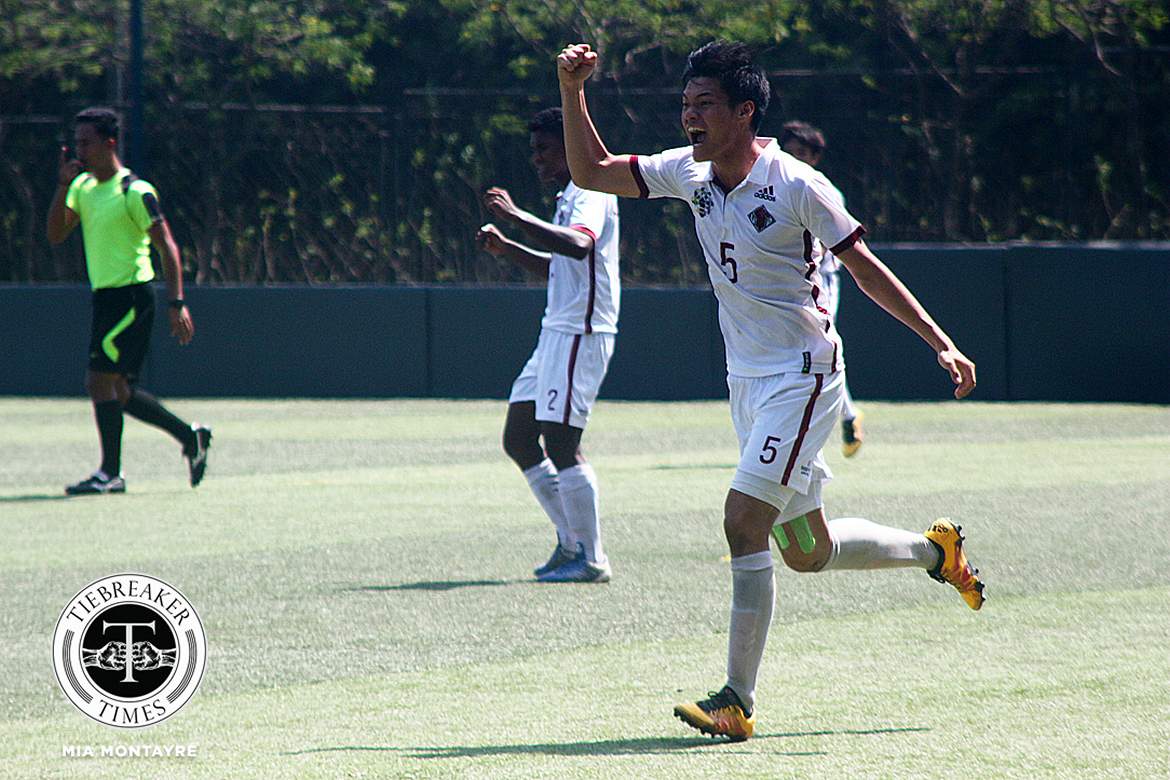 Despite missing veterans Daniel Gadia, Ace Villanueva, and Ian Clarino due to national team duty, the University of the Philippines Fighting Maroons clinched a routine 3-1 victory against the Adamson University Soaring Falcons.

Rvin Resuma (35′), Christian Lapas (43′), and Javier Bonoan (49′) scored the goals today at the Far Eastern University-Diliman Field for the Fighting Maroons, while Marc De Guzman (45′) answered back for Adamson.

“I thought we did very well in the first half. Attacking objectives were met. Unfortunately a lapse in defending resulted into a goal so that sort of changed the complexion [of the game],” commented State U mentor Anto Gonzales.

The result allows UP to stay in the hunt for first place in the UAAP Season 79 Men’s Football Tournament standings, as they are behind league leaders Ateneo de Manila University by just two points.

UP started the game brightly. The Fighting Maroons oozed confidence in the attacking third of the pitch, and Soaring Falcons goalie Carl Viray was a busy man. Viray turned away shots from Resuma, yet it was only a matter of time before UP opened the floodgates.

The proverbial gates burst open in the 35th minute when Lapas and Resuma combined, and the latter was played through on goal and made no mistake to score past the onrushing Viray. Not long after, Lapas eluded Viray and provided State U a two-goal cushion in the 43rd minute.

State U were set to keep that edge up to the break, but a defensive error allowed De Guzman to pull one back for Adamson in the 45th minute. The Maroons carried 2-1 lead at the break, as Adamson looked to salvage a result.

Any possible Soaring Falcons comeback, though, was extinguished early in the second half when Bonoan turned in a Borlongan free kick to restore UP’s two-goal advantage.

The Soaring Falcons pushed for a fightback, but Fighting Maroons goalie Jose Yared performed a good save against Jusuel Pilarca. Adamson were then unlucky to not have scored another goal when Ejike Ugwoke’s free kick hit the UP crossbar.

The Fighting Maroons had chances to extend their lead, but Viray and the Soaring Falcons defense held firm to keep the scores as it wa. In the end, UP secured a vital 3-1 victory against Adamson, and it’s safe to say that the kids are alright.

“We have a group of very good young kids. This team will still be competitive for the next three to four years. It’s a good opportunity for them to work without the leaders of the team. Gadia, Villanueva will be done with their playing years after this season so it’s a good opportunity for the young ones to step up most especially in terms of leadership,” concluded Gonzales.

Iniong ready to impress in ONE Championship debut