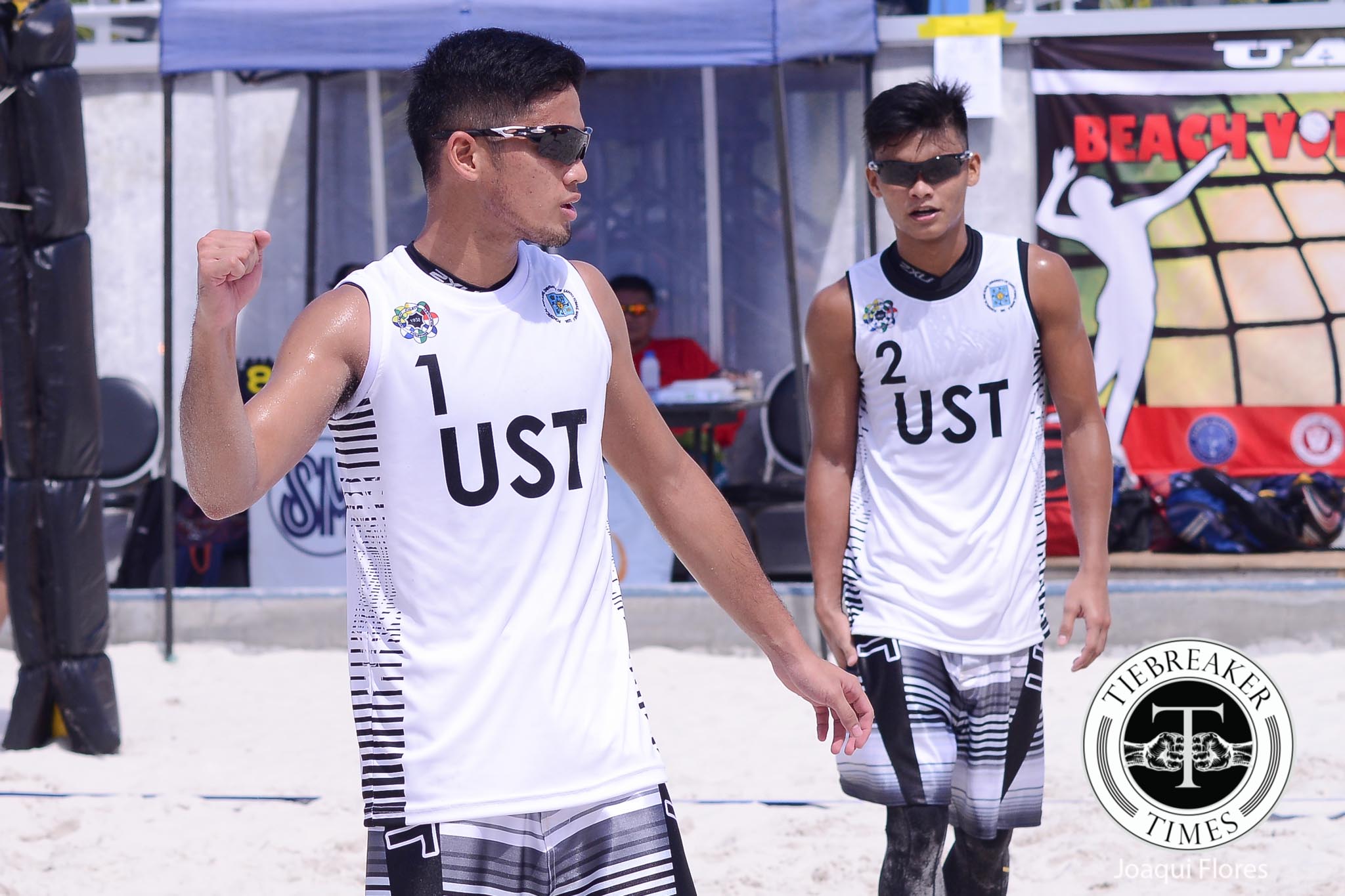 The University of Santo Tomas Tiger Spikers Kris Roy Guzman and Anthony Arbasto continued their dominion over the Sands SM by that Bay courts, making short work of the Far Eastern University Tamaraws’ Jude Garcia and Jeremiah Barrica in Game One of the UAAP Men’s Beach Volleyball Finals 21-13, 21-11.

UST had swept all their previous seven matches which gave them an automatic Finals berth.

FEU, on the other hand, climbed every rung of a punishing stepladder Final Four to reach the Finals. Yesterday, the Morayta spikers rose from two do-or-die matches to setup a meeting with twice to beat University of the Philippines Fighting Maroons Alfred Valbuena and Wendel Miguel earlier today.

Garcia went down in the second set with cramping in his legs and needed an official break to continue. In the third set, it was Barrica’s turn to breakdown, nearly forfeiting the match after still being unable to get up after the medical break.

Somehow, Barrica made it to his feet to face the Fighting Maroons who had a 14-12 advantage. But FEU rose from their sandy grave, powering through the next four points to save their season and enter the Finals.

Game One, however, was cruel to the Tams. After surviving their duel with UP, the Tams had nothing left for the best team in the tournament, barely being able to move as the match concluded.

Game Two will be tomorrow, 9 am at the Sands, SM by the Bay.