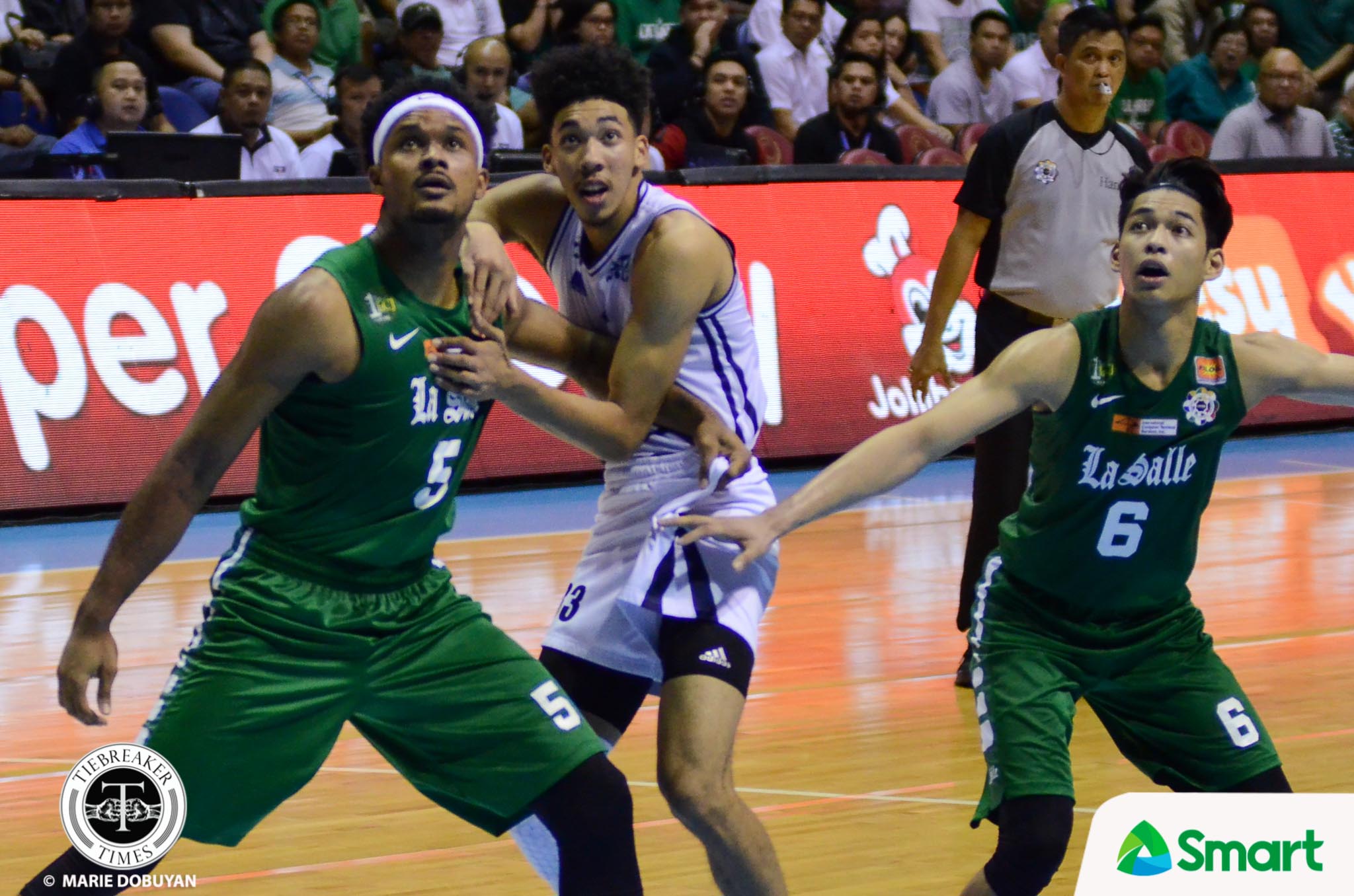 After deeply and judiciously reviewing the game tape of the De La Salle University Green Archers-Adamson University Soaring Falcons Final Four game that occurred last November 18, league executive director Rebo Saguisag, speaking on behalf of the league, has concluded that the irregularities and non-calls happened for both sides.

“The stat sheets show that 33 fouls were called against Adamson and 12 were called against La Salle,” the letter penned by Saguisag opened. “While the disparity in statistics tends to suggest biased officiating, it is imperative to focus on whether or not the non-calls were actually incorrect since the disparity in non-calls could be an indication of how the teams played, i.e., one team was more focused on its inside game and lane incursions, while the other team was more predisposed in its perimeter game, among other factors.

The number of non-calls validated La Salle head coach Aldin Ayo’s post-game statement, saying that the officials were “consistent” for the entire game.

“I told the boys to return the favor because they were doing it in the first quarter,” the second-year tactician said. “Actually, for the whole first half, they kept on doing it, they kept on bumping us and the referees are allowing it. So I told the boys, since they are not calling it, ibato din natin sa kanila.”

“So good thing, the referees were consistent.”

Saguisag is hoping for understanding that the league has no intention to waste the efforts of the student-athletes when a problem like this arises. Moreover, clear and convincing proof must be given before bias can be thrown at the game officials.

“We do understand the frustration of the players, coaches, supporters, and the viewing public in general when the right call is not made. Teams train hard and lay everything on the floor to compete,” the statement furthered.

“The office of the commissioner will never tolerate or condone any conduct, act, or omission that would compromise the integrity of the sport.

“However, bias or partiality on the part of the officials cannot be presumed. Partiality is related to intention which is a mental process, an internal state of mind, that must be judged by the person’s overt acts. This office cannot infer bias or partiality on the basis of errors in judgment. These must be proved with clear and convincing evidence — which, upon meticulous review of the game, are absent in the case,” the statement continued. “To hold otherwise would be to render refereeing untenable, for no one called upon to officiate a sport, where you only have a brief moment to decide (without the benefit of a replay), can be infallible in their judgment.

“With the foregoing, we conclude that while there were errors in officiating, the evidence at hand is insufficient to prove bias or partiality.”

Even with this, Saguisag and the league are not letting referees Borbe, Alejo, and De Luna go unsanctioned. The three are not only out of the pool for the rest of the UAAP Season, including the on-going juniors basketball tournament; they were also slapped with a red flag in case evidence of bad faith arises now or in the future against them.

“That being said, we recognize the importance of having officials who must be able to perform at the highest levels. We also acknowledge the need to maintain public confidence in the league. Further to their preventive suspension (provisional in nature and not based on a finding of guilt), the officials concerned have been heavily reprimanded with a warning of stiffer penalties should evidence of bad faith or malice surface even after this review,” the statement closed.

“They also remain excluded from the pool of referees for the finals series to remove any cloud of doubt in the Finals.”