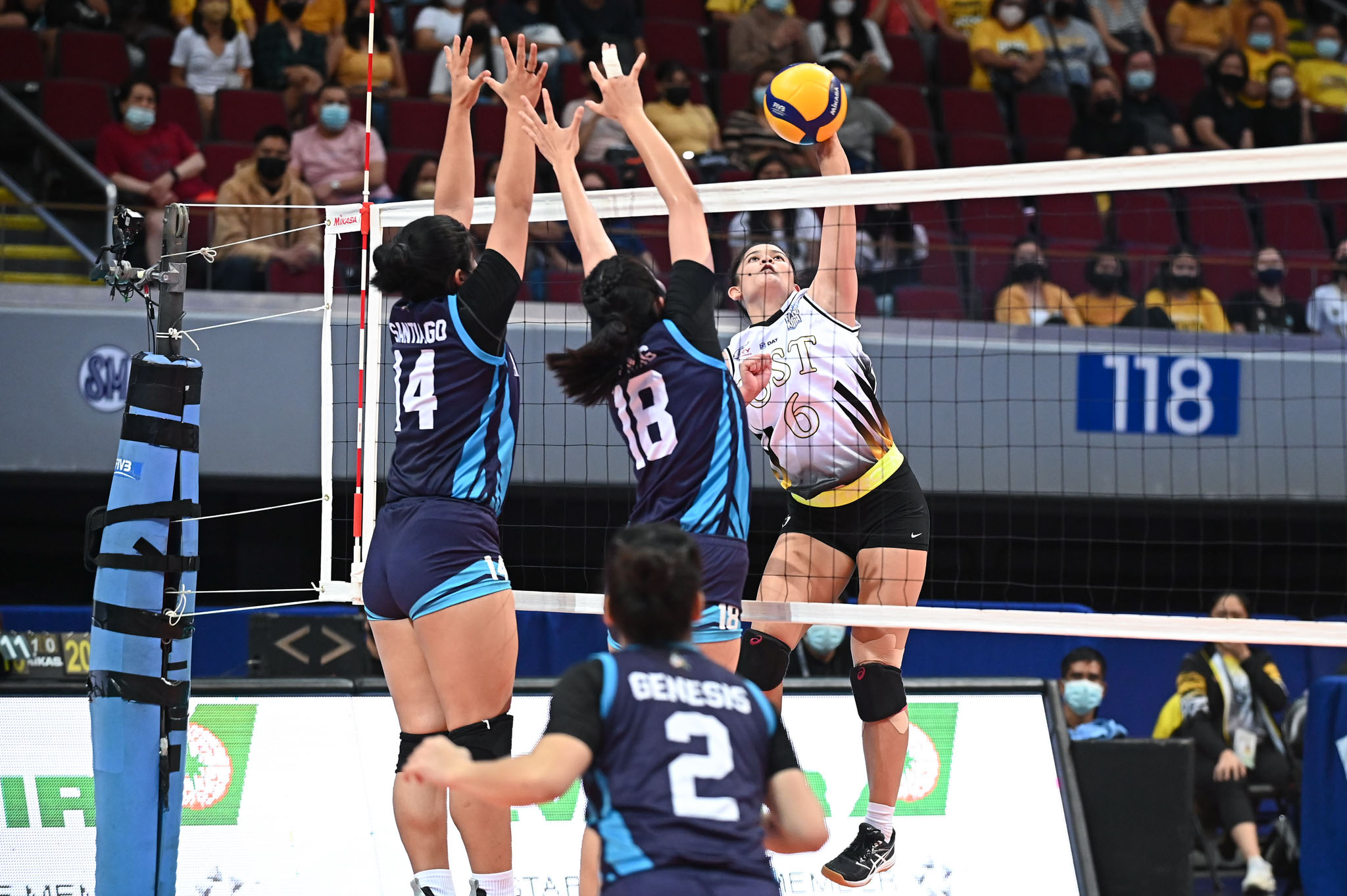 Ahead by a solitary point, the Golden Tigresses got a huge boost from the error-plagued Lady Falcons, who committed three errors in a 5-0 spurt that put UST at match point, 14-8, in the fifth set. Lucille Almonte kept Adamson alive with a hit but Eya Laure made sure to seal the win with a kill.

Laure dropped 23 points on 19 attacks and four blocks along with eight excellent receptions to power the Golden Tigresses to the third spot with a 4-2 standing.

#ReadMore  UAAP 84: Lucero, Cagulangan prove worth as UP runs past UST for first win

UST had a rocky start in the game, losing by as much as 13 points in the opening set before taking the next two for the 2-1 lead. Adamson, however, did not go down without a fight, building a nine-point cushion late in the fourth to send the game to a decider.

Balanced was the Lady Falcons’ attack with four players hitting the double-digit mark led by Trisha Genesis with 15 points to go along with 14 excellent digs and nine excellent receptions. Unfortunately, though, that did not result in a win as Adamson dropped to 3-3.

Kate Santiago chipped in 13 points while Almonte and Andrea Cruz each had 10 points. Louie Romero, who also had four markers in the loss, tossed 19 excellent sets.

UST will cap off its first round against Ateneo de Manila University on Thursday at 4:00 PM while Adamson will face University of the East at 10:00 AM on the same day.