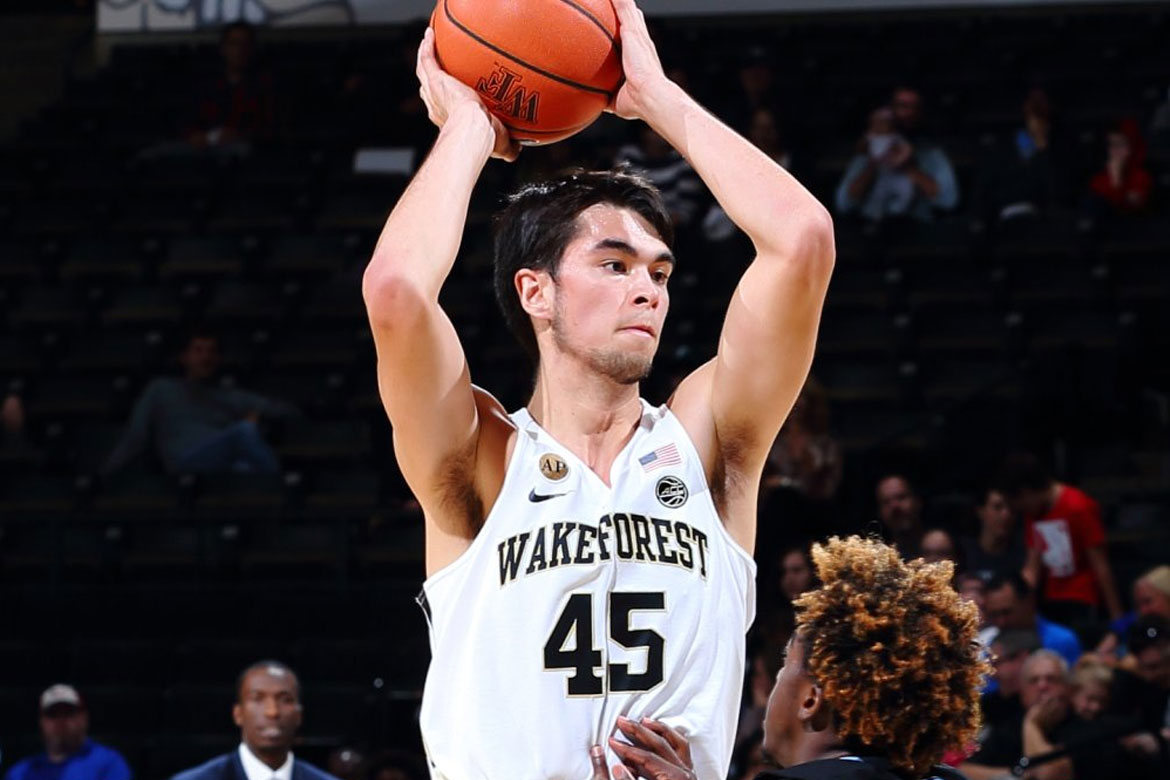 Troy Rike is set to debut for the Chooks-to-Go-backed Gilas Pilipinas Cadets in the 2018 Filoil Flying V Preseason Cup, presented by Chooks-to-Go.

The 6-foot-7 stretch forward will arrive on Monday, just in time for Gilas’ practice on Monday evening.

And he might be immediately put to the test when the Cadets take on the EAC Generals on Thursday.

“We wanted to take a look at the guys. Aside from their playing ability, we want to see their attitude,” Gilas coach Chot Reyes said last month. “What better way to see that than in a playing situation.”

Out of the three Filipino-Americans included in the 23 for 2023 Cadets, Rike is the oldest at 22. During his first three years in Wake Forest, he appeared in just a total of 23 games in three seasons, amassing only 12 points.

But lowly numbers aside, Rike can be a solid addition to Gilas thanks to his six-foot-seven frame, plus a nice shooting touch for a player his size — a weapon that will surely come in handy for the Nationals in 2023.

Rike was born in San Francisco, California to a Filipina mother. His knack for sports most likely came from his mom, Veronica, as she herself played for the University of San Francisco’s tennis team in her college years.