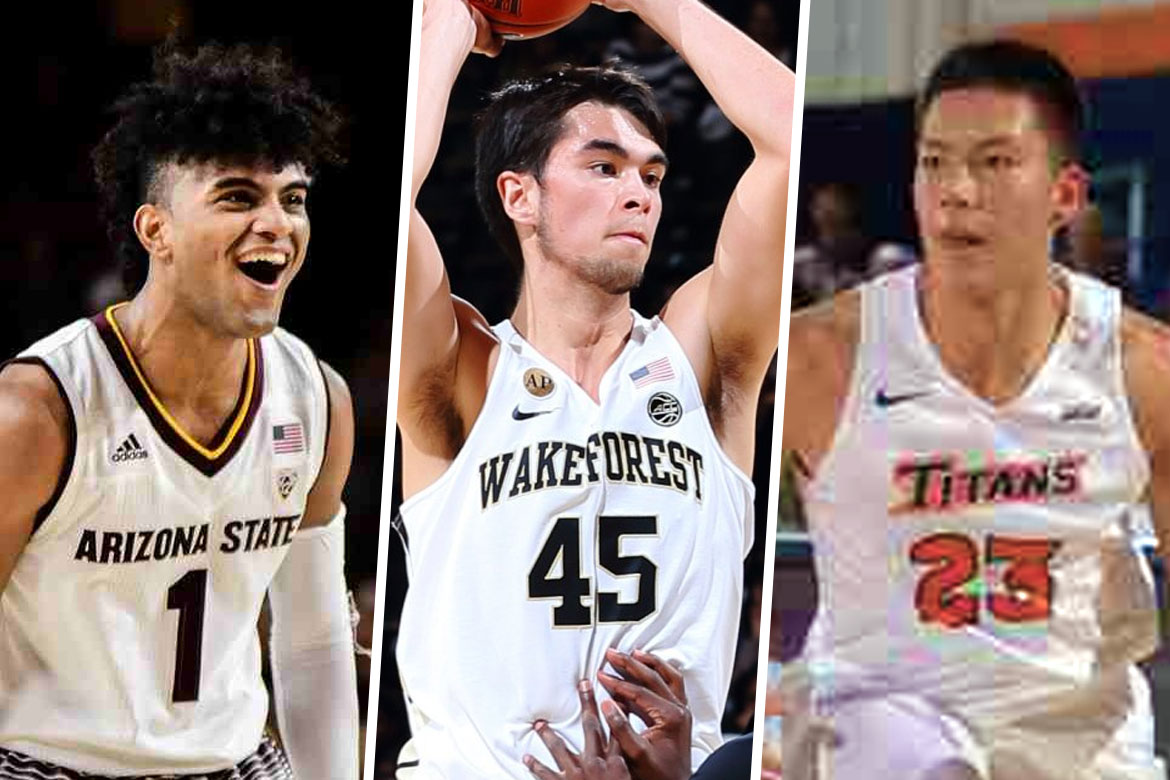 Established and well-known names inevitably popped up in the list posted by Gilas Pilipinas head coach Chot Reyes to Twitter on Friday — a list of players he would want to be part of the program for the 2023 FIBA World Cup here at home.

But as soon as the wishlist was unveiled, many were left wondering: who are the three Filipino-Americans — Remy Martin, Dwight Ramos, and Troy Rike — included by the veteran bench strategist?

Martin is a freshman for Arizona State. He may stand at just 5-foot-11, but his aggressiveness and athleticism have already brought impact to the Sun Devils, as he is currently averaging 10.2 points, 3.1 boards, and 2.8 dimes at the Pac-12.

Filipinos here may not know much about the 19-year-old, but he has always shown love for the Philippines. According to thesundevils.com, Martin, during games, always wears a wristband with the Philippine flag on it.

“Every time I look at it, all I want to do is help the culture, let people know that there are Filipino basketball players that can play at this level and potentially do more,” the California-born cager told Craig Morgan of thesundevils.com.

Just like Martin, Ramos is a freshman guard for California State-Fullerton.

The six-foot-five guard has yet to become a key cog for Cal State-Fullerton, however, as he is currently averaging 3.2 points in 25 games. But he has already shown flashes of potential after a career-high 15 points versus Caltech last November.

Of all the three Fil-Ams in the list, Rike is the oldest at 22. He is about to enter his senior year at Wake Forest after appearing in just a total of 14 games in three seasons, where he had amassed only five points.

But lowly numbers aside, Rike can be a solid addition to Gilas thanks to his six-foot-seven frame, plus a nice shooting touch for a player his size — a weapon that will surely come in handy for the Nationals in 2023.

Rike was born in San Francisco, California to a Filipina mother. And his knack for sports most likely came from his mom, Veronica, as she herself played for the University of San Francisco’s tennis team in her college years.

These three NCAA Division I Fil-Ams are all pegged to reinforce the Gilas squad five years from now — a squad that will showcase rich talent such as seven-foot-two Kai Sotto, Kobe Paras, Thirdy Ravena, CJ Perez, among others.

Therefore, Filipino basketball’s future, as cliché as it may sound, looks bright. Even brighter than ever, perhaps.