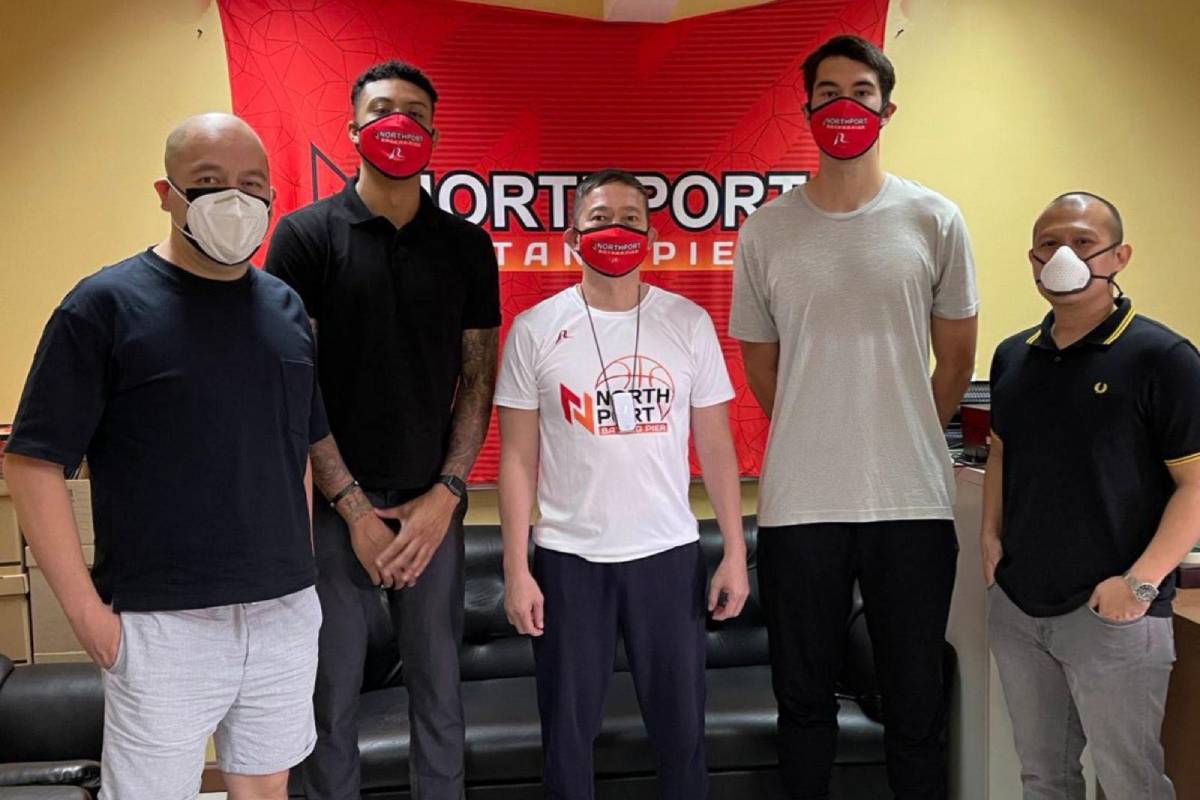 The Batang Pier locked Malonzo to an undisclosed deal, while inking Rike to a two-year contract in the signing also attended by some of the team’s top brass, together with the players’ respective representatives.

Malonzo, 24, was the second overall selection by the Mikee Romero-owned ball club in the virtual draft proceedings last March 14.

Observers had projected the 6-foot-6 winger as one of the top picks in the deepest class in years. Malonzo impressed in his one-and-done stint with La Salle, where he earned UAAP Season 82 Mythical Team honors.

“I have to tip my hat to NorthPort for getting the deal done under these circumstances,” said Malonzo, who was with Titan Management Group’s PJ Pilares.

“I’m happy and this is one less thing to worry about.“

The transferee from Portland State also had successful campaigns in tournaments abroad with Mighty Sports Philippines.

Rike, on the other hand, was the Batang Pier’s 11th overall pick. He was among the quality bigs bannering the class.

Like Malonzo, the former Gilas Pilipinas Cadet also had a one-and-done stint in the UAAP. The Wake Forest alumnus played for National University the season prior to his new teammate’s arrival in the UAAP.

Rike boasts of international experience, having represented the country numerous times in the FIBA 3×3 circuit. He was also one of Chooks-to-Go Pilipinas 3×3’s faces before taking his talents to the PBA.

“Really excited! Happy to officially be a part of the team,” expressed Rike, who was with Marvin Espiritu of EMBM.

Malonzo and Rike are major additions to a revamped NorthPort crew, which now has 7-foot slotman Greg Slaughter upfront.