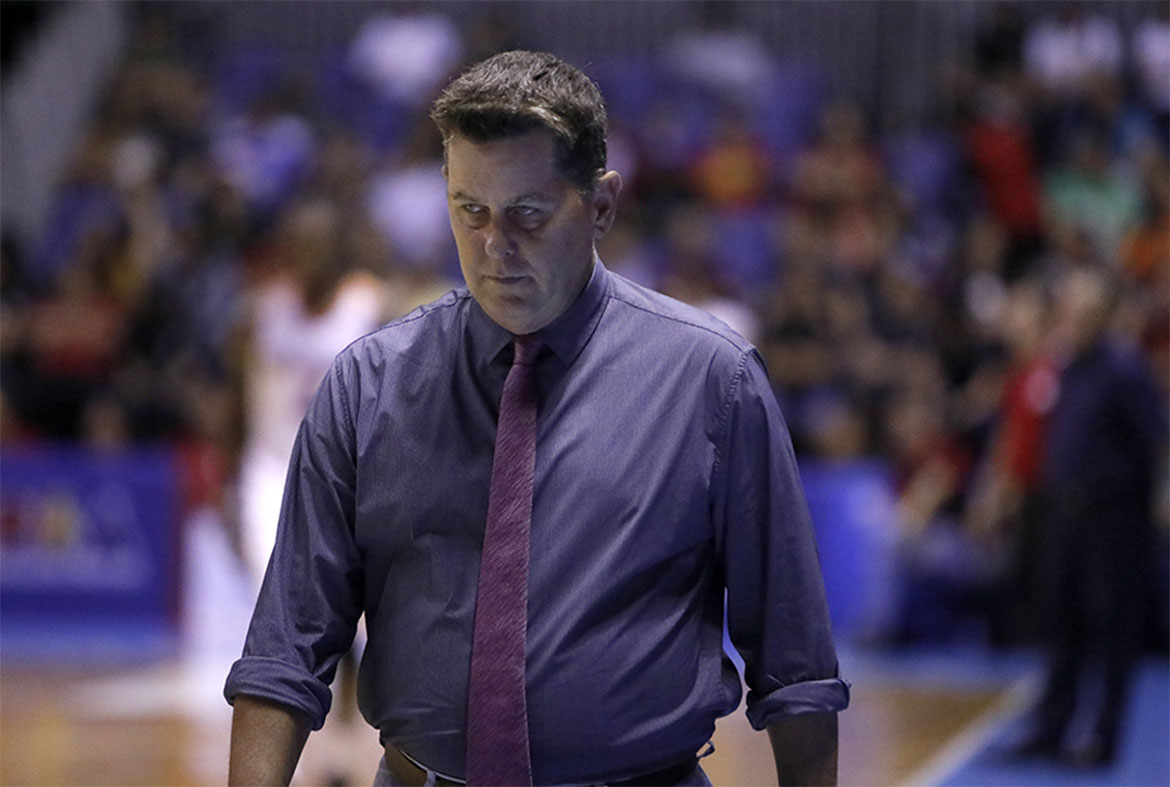 Barangay Ginebra San Miguel head coach Tim Cone admitted that this week has been a whirlwind, since he has been deeply involved with Gilas Pilipinas as he will be steering the wheel in the 30th Southeast Asian Games.

The Samahang Basketbol ng Pilipinas tapped 60-year-old mentor to be the Nationals’ head coach for the biennial regional meet last Monday. Three days later, he announced the 15-man pool he will work with.

With Cone’s focus on the national team, it was the Gin Kings who, unfortunately, suffered the most.

Cone admitted that he was not able to prepare his chargers well for Saturday night’s 2019 PBA Governors’ Cup meeting with the Phoenix Pulse Fuel Masters. They then paid dearly, as they absorbed a stinging 101-103 defeat.

With that, the PBA’s winningest coach took all the blame for the loss that dropped Ginebra to 1-1.

“Totally on me. I didn’t get our guys ready to come out and play. Honestly, it’s been a whirlwind week and there wasn’t a whole lot of focus that we put on our next opponent,” said Cone. “So I just had to apologize to the team.

“My head wasn’t right and it showed in the first quarter. We gave up forty-one points.”

The Barangay still had the chance to steal the game after they came back from a 23-point second quarter deficit and knotted things up at 101 with 12.5 seconds left to play. Unfortunately, Matthew Wright spoiled their plans with a jumper.

Cone said that he didn’t have a hand in that furious rally of his wards, and with that he’s immensely proud.

READ  With momentum on La Salle's side, Tab Baldwin makes sure Ateneo forgets about Game 2

“The comeback that they did? That was on them. I didn’t do anything for their comeback,” he said. “They did all the work in coming back, and I’m real proud of them for coming back. We had a chance to steal it but we didn’t.

Now, the 60-year-old bench tactician vowed that he will do better next time so things like this won’t happen again.