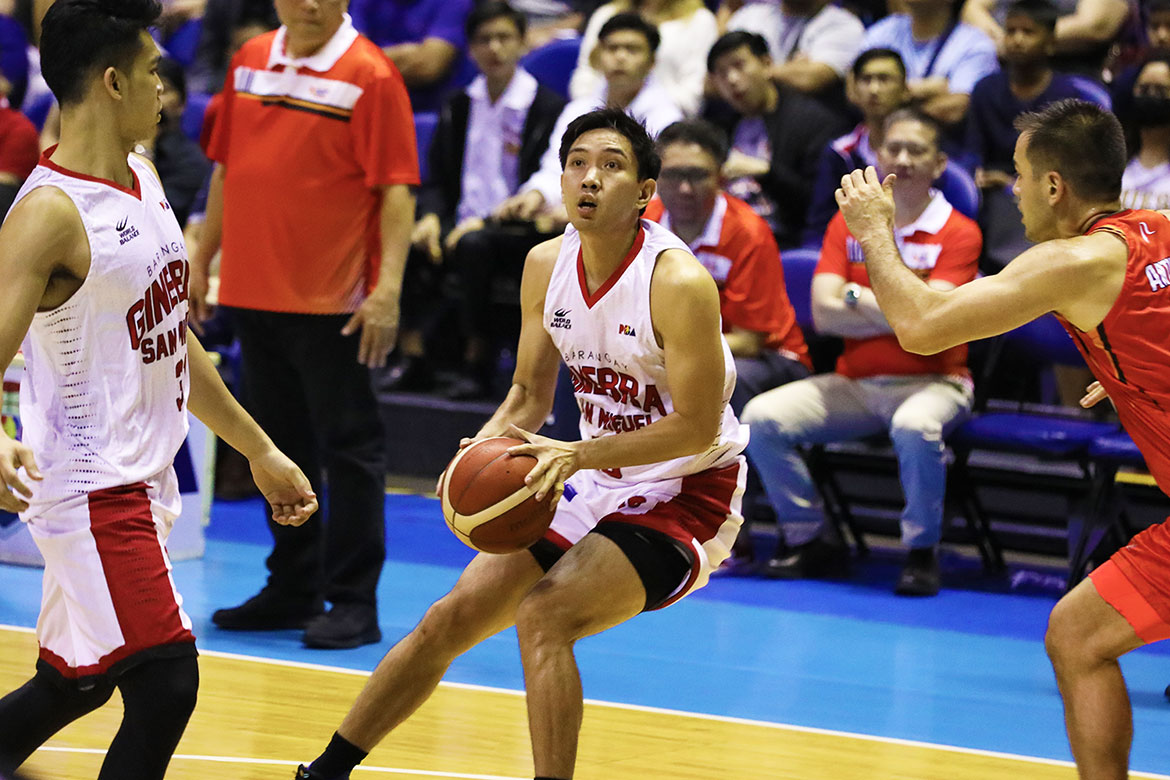 After scoring 12 points in Game Two a couple of nights ago, the veteran sniper made 17 markers on an excellent 70-percent shooting from the field, including 3-of-5 from beyond the arc.

Eleven of his points came in the second period alone where the crowd darlings broke the game wide open by unfurling a 19-8 blitz en route to a 64-48 lead heading into the intermission.

“He spearheaded that breakaway that we had in that second quarter. He hit some big shots,” lauded coach Tim Cone.

For Cone, having Chan on the floor makes it hard for the opposition’s defense, which already has to deal with Justin Brownlee, Japeth Aguilar, Greg Slaughter, and Stanley Pringle.

“It’s tough when you’re trying to focus on Justin Brownlee and Stanley Pringle and Japeth and Greg, and then you got Jeff out there spotting around,” said the league’s winningest mentor.

“When he’s knocking down shots, it makes the game a lot easier for all of us.”

So if the 11-year league veteran out of Far Eastern University continues to provide for Ginebra in this best-of-five series, Cone is confident that his team will be hard to defeat.

“He was by far the best player off the bench. If he could do that the whole series, we can be tough to beat.”