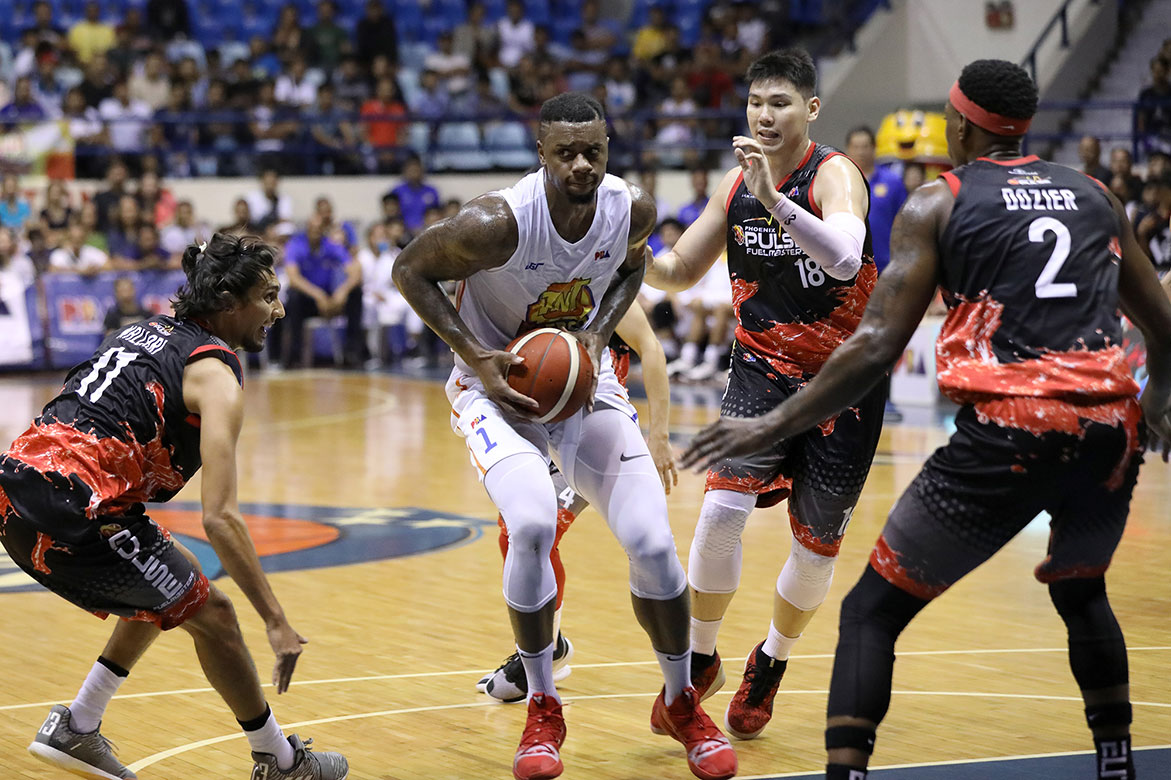 Terrence Jones denied that he hit Calvin Abueva in the groin during the fourth quarter of the TNT KaTropa’s highly-physical match with the Phoenix Pulse Fuel Masters in the 2019 PBA Commissioner’s Cup, Sunday night at Ynares Center.

Abueva went down while holding his groin with around 7:23 remaining in the final frame. He managed to get up later on and went right back at Jones, first defending him, then giving him a clothesline that led to his ejection.

“I think he leaned over me and used a tactic to try to flop a little bit and pretty much acted a little bit. You can go back and watch the film. I know I didn’t put my hand towards any man’s groin area,” Jones said.

Jones clearly didn’t like the clothesline, but he still did his best to stay composed. The result was a satisfying TNT victory for Jones, 114-88, to bounce back from their loss to NorthPort Batang Pier last Wednesday.

“I don’t know what type of play that was. I don’t think it was basketball-related. But I’m here to get better and here to make sure we win games. That’s what I’m looking forward to,” said Jones, who had 40 points, 10 rebounds, and six dimes.

“We got this win. We bounced back from a tough loss. That’s the positives I’m leaving with tonight.”

After yet another physical encounter, Jones now knows that he will be the main target of opposing teams, and that they’ll try to get under his skin to throw him off his game. But the NBA vet is also learning how to deal with it.

“It’s been very physical for me every game. Guys taking cheap shots, doing things to try to get under my skin. I’m learning how to try to deal with it,” said the 27-year-old, who now has four PBA games under his belt.

“Last game when we lost, I let it get to me and I started not playing my game. And I wanted to just really work on that tonight, and make sure anything will not get under my skin, and just play with my team.”