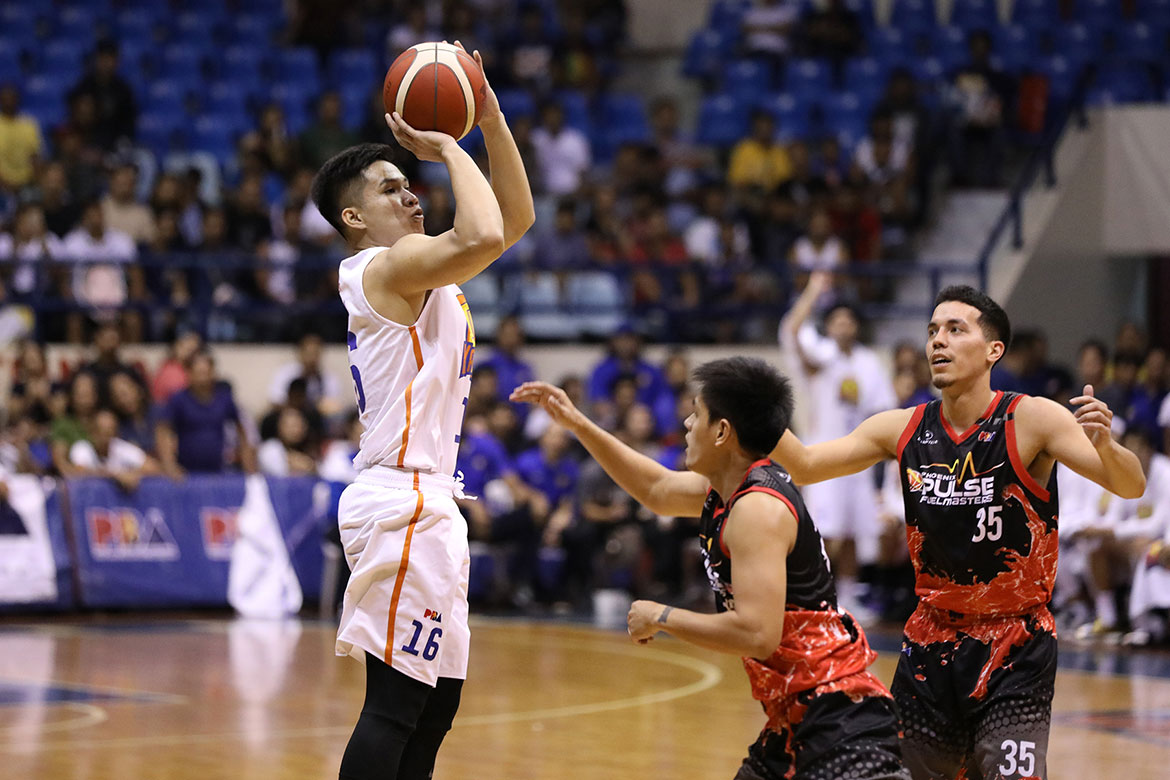 After absorbing their first loss last Wednesday, the TNT KaTropa got back on track in the 2019 PBA Commissioner’s Cup, blasting the Phoenix Pulse Fuel Masters, 114-88, in a highly-emotional clash, Sunday night at Ynares Center in Antipolo City.

The KaTropa managed to be composed in a game so heated that the referees had themselves a long night of blowing their whistles, and a whopping total of six personalities got kicked out of the match due to separate incidents.

Phoenix head coach Louie Alas and sophomore forward Jason Perkins, as well as TNT’s bruising twins Anthony and David Semerad, were all sent out following a commotion with only less than three minutes into the game.

KaTropa active consultant Mark Dickel got booted out shortly after for incurring two technical fouls due to that fracas.

Lastly, Calvin Abueva got ejected with 7:03 remaining in the fourth quarter for incurring a flagrant foul penalty two after giving TNT reinforcement Terrence Jones a clothesline, which nearly led to a fight between the two.

But Jones was hardly affected by all of it as he still made 40 points, a great bounce-back following his 17-point outing in their 86-110 loss to NorthPort. Jones also collected 10 rebounds, six assists, four steals, and a block.

“I thank the team, my players for staying in the game. Hindi na-lose ‘yung composure nila. I told them to stay in the game, play hard, play harder, especially yung import namin, in spite of what happened,” Ravena added.

#ReadMore  Tim Cone in awe of Chris Ross' evolution to being a superstar: 'Just hard work'

Roger Pogoy kept his cool as well and produced a career-high of 31 points on a 47-percent shooting clip, along with five rebounds, an assist, and a steal. He eclipsed his previous career-high of 30, which he set in the 2019 Philippine Cup.

The third-year guard out of FEU scored seven straight points during the third quarter to turn the Texters’ slim four-point lead to a 72-61 advantage with about four minutes to go, and that started the one-sided affair in their favor.

Jayson Castro notched his first-ever triple-double with 11 points, 13 boards, and 11 assists in the win that improved their win-loss card to 3-1.

Matthew Wright had 21 points against seven turnovers to lead the Fuel Masters, who have fallen to 1-1. Abueva and Rob Dozer each produced 16 markers, and combined for 23 rebounds as they notched double-doubles each.

TNT will next face rivals San Miguel Beermen on Saturday, June 8, still in Ynares Center. Phoenix, on the other hand, will look to get back on track versus Meralco Bolts on Friday, June 7, at SMART Araneta Coliseum.