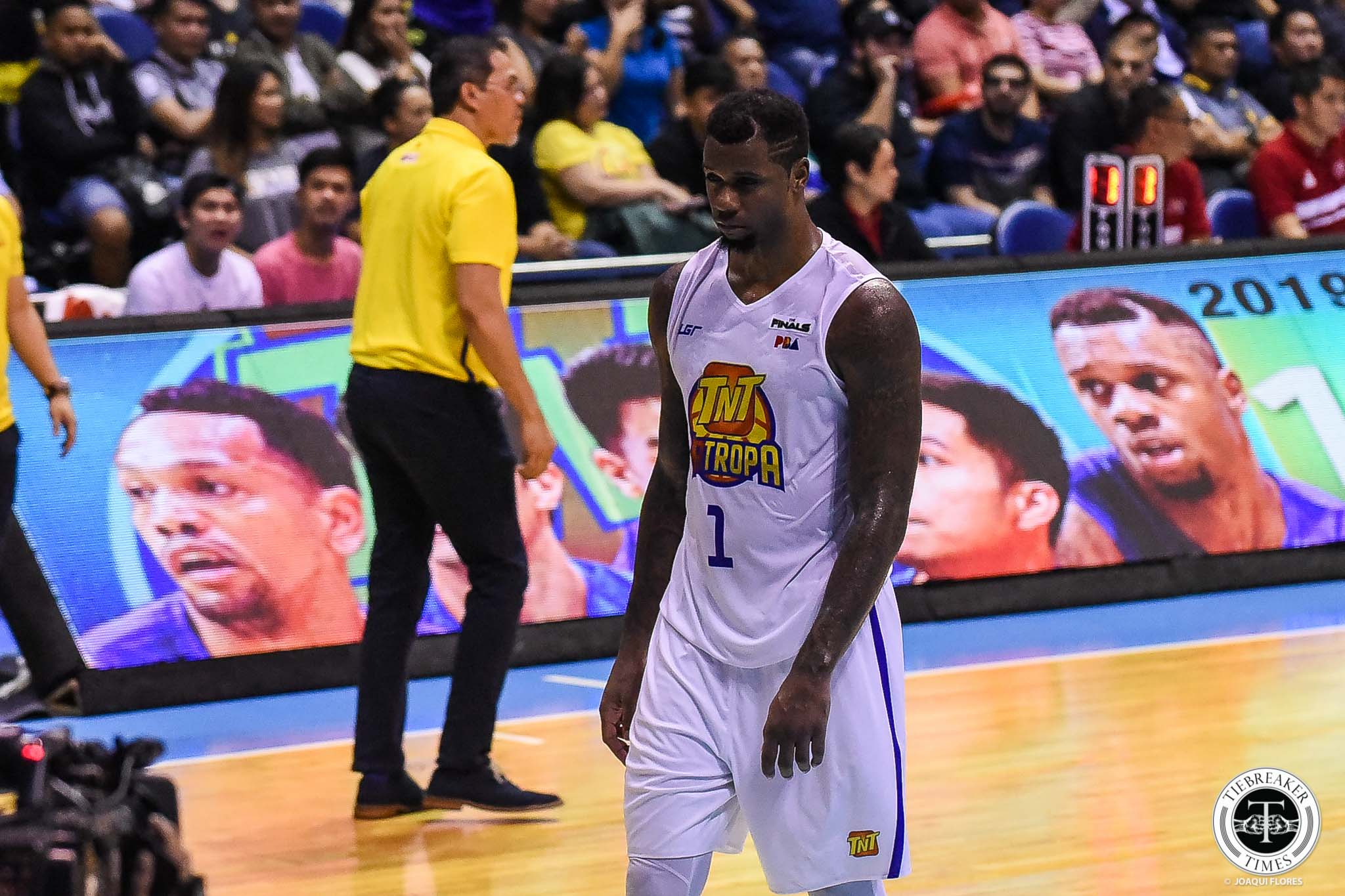 Terrence Jones confirmed Arwind Santos went to him during the pre-game warmups of Game Six of the 2019 PBA Commissioner’s Cup Finals on Friday to apologize following his racist gesture back in Game Five.

During the second quarter of Game Five which San Miguel won, cameras caught Santos mimicking a monkey while looking at the former NBA cager. The league then fined the former league MVP P 200,000 for such act.

Santos issued an apology to Jones via Twitter shortly after a summons from the Commissioner’s Office Thursday. he then said sorry again moments before Game Six’s tip-off, which Jones appeared accept.

“He apologized, but it was close to game time and at that point I’m in game mode. I heard him but I was more focused on the game at that point,” said Jones, who took to Instagram and called on the league to take significant action on the incident.

Asked if he will be accepting the 38-year-old’s apology, Jones said yes.

“Yeah. I’m a human being. I just wanted him to respect me as a person, as a father, and as a black man. I’m here to represent my family. And I’m not saying anything bad about anybody else’s culture or race. That’s all I was saying.”

Unfortunately, Game Six was Jones’ last for TNT as the KaTropa bowed, 90-102. And it was a sour exit for the 27-year-old forward-center, who now has his sights set on returning to the NBA.

Though disappointed that he was unable to secure the title for the flagship MVP franchise – which he’d targeted right from the start – Jones prefers to take heart in the positives.

And he’s not letting the incident with Santos tarnish his stay in the Philippines.

“No one person could tarnish how much love I was shown here with, by the fans and the communities that I’ve been here with,” said the cager from Portland, Oregon.

“I definitely didn’t take that into consideration of my overall stay here.”