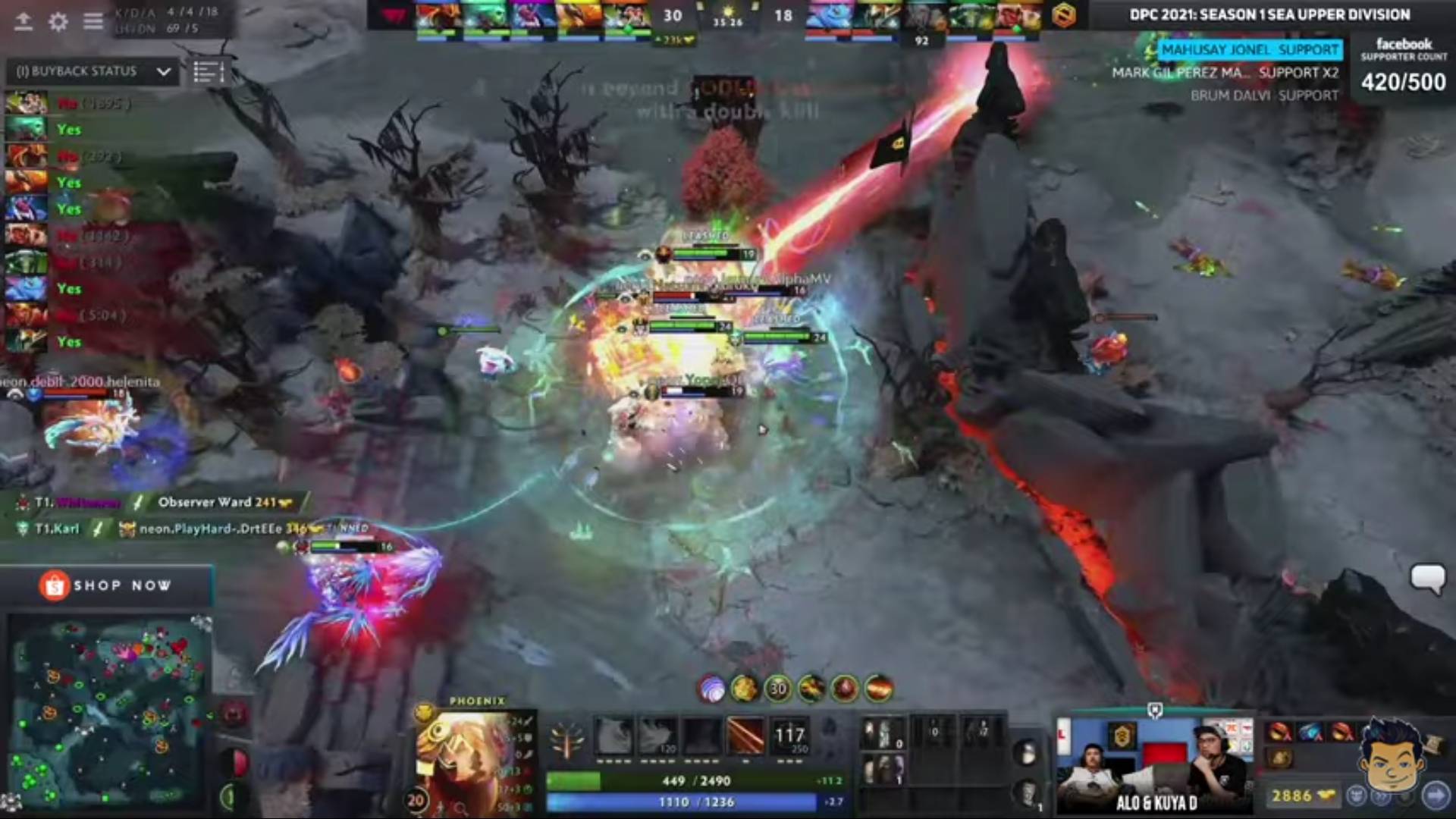 T1, which also squashed TNC Predator’s chances in the process, will join the league-leading Fnatic and Neon Esports in the first-ever major of the year organized by PGL. Fnatic will take the outright playoffs spot while T1 and Neon Esports will fight for the group stage seat in a best-of-one tiebreaker where the loser will be relegated to the wild card phase.

Filipino midlaner Karl “Karl” Jayme was on a roll in the winner-take-all Game Three, picking up 12 kills and 16 assists against just two deaths playing Death Prophet. The 22-year-old garnered a total of 20,739 net worth in the 35:46-minute match.

T1 carry Souliya “JaCkky” Khoomphetsavong backstopped Karl with nine kills and 13 assists against a death playing Wraith King. JaCkky finished the match as the wealthiest with 25,178 net worth through 718 gold per minute.

The T1-Neon Esports tiebreaker match will happen on Saturday, February 27.