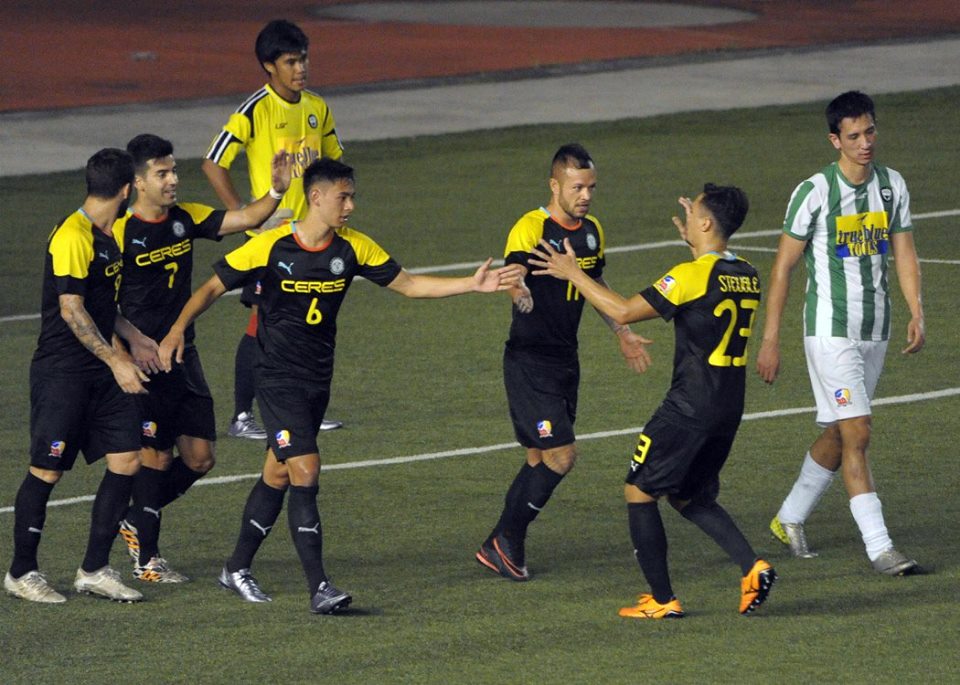 Ceres players celebrate one of their 15 goals against Nomads

Martin Steuble bagged his first United Football League hattrick as Ceres-La Salle scored its most emphatic victory since joining the league by blanking Nomads, 15-0, Sunday night in a Group B clash in the UFL Cup at Rizal Memorial Stadium.

The Bacolod side also got three goals from Korean striker Lee Jeong-woo and two each from new signing Stephan Schrock and Spanish players Bienvenido Maranon and Adrian Gallardo as it zoomed to the top of the group ahead of Global on goal difference.

Patrick Reichelt, Nate Burkey and Carlie de Murga also found the back of the net for Ceres, which scored nine in the first half, before cooling off a bit in the last 45 minutes.

Gallardo opened the scoring in the third minute, directing a Kevin Ingreso cutback to the bottom corner. But the worst was yet to come for Nomads as Maranon’s header in the 22nd minute set off an eight-goal spree in just 20 minutes as Ceres wrapped up the victory by halftime.

“It’s a convincing win but we’re still finding ways to improve the team,” said Ceres coach Ali Go. “We have some important games coming up especially with the AFC Cup so its crucial that the players get their confidence and get used to playing with each other.”

In other matches, Stallion regained top spot in Group A with a 4-0 blanking of Agila, while reigning champion Kaya got its campaign on track with a 6-1 victory over Laos.

Christian Nana struck with a brilliant individual effort in the 33rd minute to give Stallion the lead, but it took the 2013 UFL Cup champions until the 85th minute to double their advantage through Korean midfielder Park Bo-bae.

Jay Soberano scored his first goal for Stallion with a well-struck drive from 20 yards out a minute from time, before Jordan Mintah, the hero in the 1-0 win over Kaya last week, wrapped up the victory with a close-range strike in the second minute of injury time.

Forza fell to third spot in Group A, behind Kaya on goal difference.

New signing Robert Lopez Mendy got a brace to match Joven Bedic’s output while Aly Borromeo and Dominic Del Rosario also found the back of the net in the second half for Kaya, which faces Agila on Thursday.

Kaya scored five unanswered goals from there with Bedic producing a quality finish on the volley to make it 3-1. 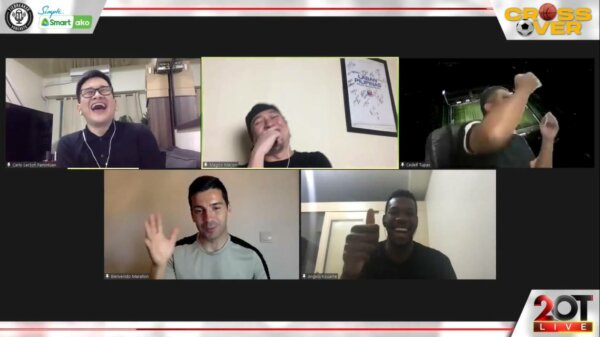 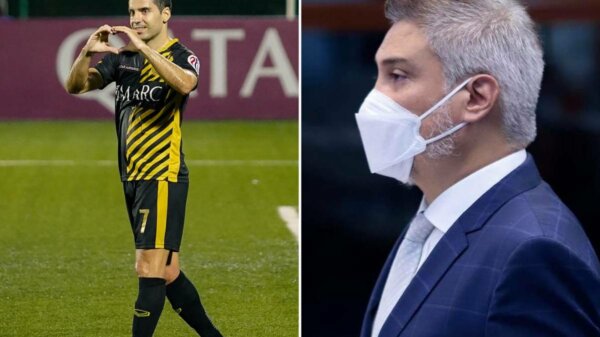 When the bill to make Ange Kouame a Filipino citizen was signed into law by President Rodrigo Duterte, Filipino football fans expected that United... 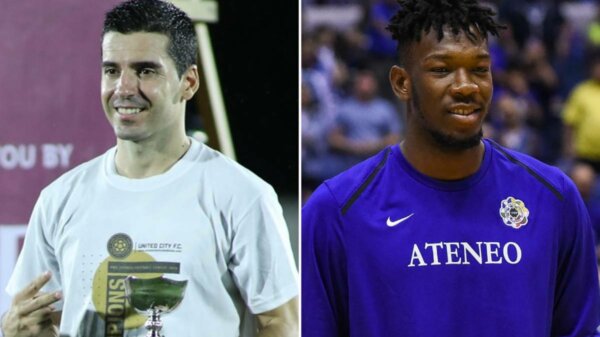