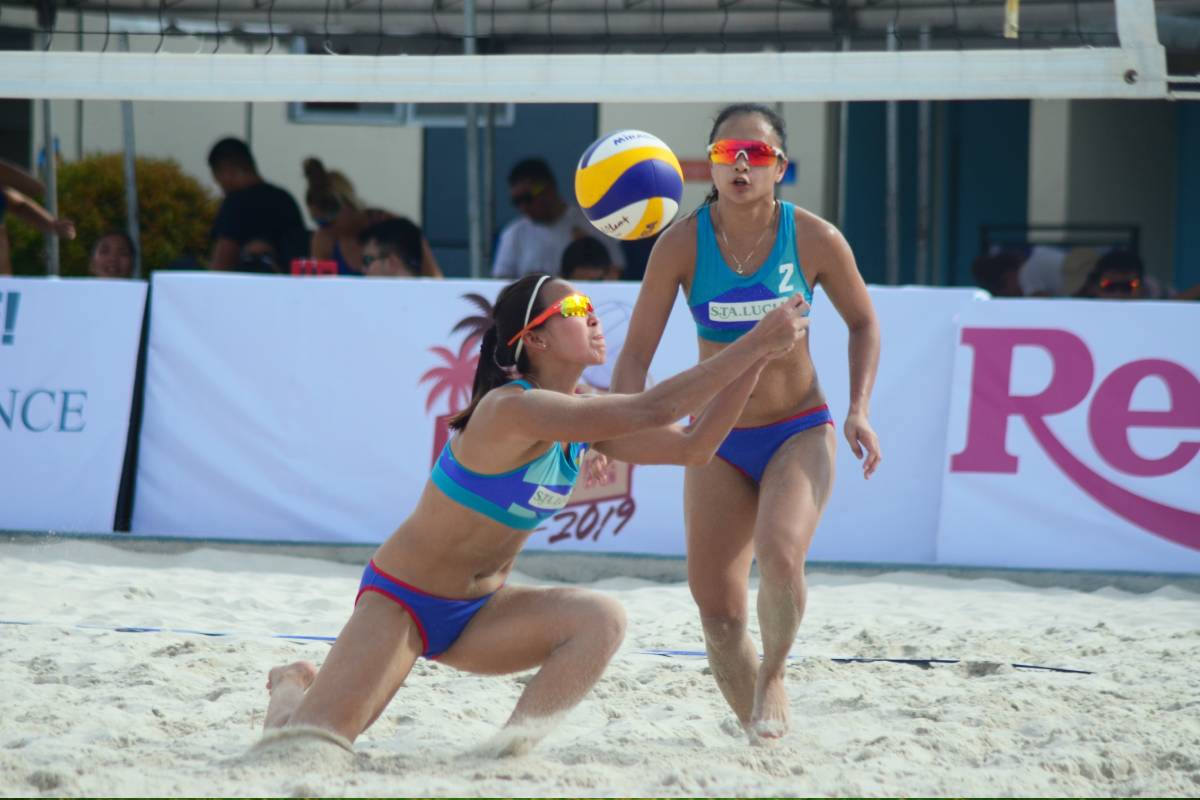 Jackie Estoquia and DM Demontaño have become household names in the country’s beach volleyball scene in the past few years.

Talents who started and got exposed because of the Beach Volleyball Republic, a nationwide circuit which is intended for athletes, by athletes.

Proud daughters of Iloilo, Estoquia and Demontaño made it big in 2016 when they become regulars in the BVR on Tour, where the two are consistent podium contenders in every leg.

Playing for the country is the Sta. Lucia duo’s highest point in their careers.

Estoquia and Demontaño made their international debut in the 2018 FIVB Beach Volleyball World Tour Manila Open before returning for another national stint in the 2019 edition in Boracay.

“Playing in BVR was one of the turning points of my beach volleyball career because it paved the way for local players like me to show our skills and play against the best players locally and internationally,” said Demontaño.

“Being able to represent our country in an FIVB tournament is so overwhelming, playing against top teams from other countries is a dream come true. Both years are memorable to me because it was held in Manila and Boracay so playing in front of our home crowd is one of the best moments because we got all the Filipinos cheering for us and it gives me the confidence to play well and give my best,” the Central Philippines University standout added.

Other big names who etched their mark in the BVR are Negros Occidental products Alexa Polidario, Erjane Magdato, and Jennifer Cosas.

One of the most winningest pairs in the BVR on Tour, Polidario and Magdato’s battle-tested partnership has resulted in gold medals in the Moalboal, Cebu (2017), Santa Fe, Bantayan Island, Cebu (2018), and in Dumaguete (2019).

Both graduates of University of Negros Occidental-Recoletos, Polidario and Magdato, who have been partners since their NOPSSCEA days in 2014, reunited in a bubble tournament and won the PSL gold medal in Subic recently, while Cosas, a native of Silay City, captured the bronze medal in the same competition together with upstart Gelimae Villanueva.

As the BVR awaits the resumption of its tournaments very soon, expect Estoquia, Demontaño, Polidario, Magdato, and Cosas to make waves again against the country’s finest in the sand court.