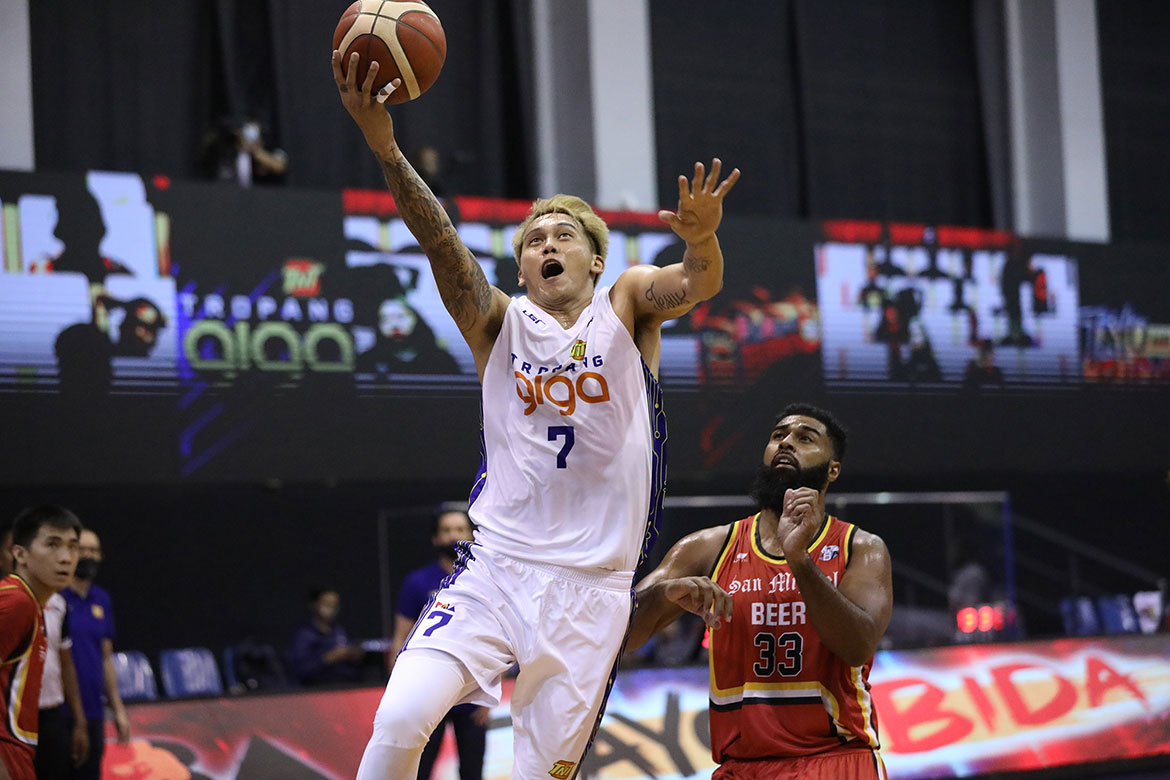 Poy Erram himself admitted that he remains a work in progress, particularly when it comes to keeping his emotions in check.

He had a debut to forget for TNT in the 2020 PBA Philippine Cup return on Sunday after his ejection in the match versus Alaska.

He was booted out late in the third quarter for a technical foul, which followed the flagrant one he got slapped with earlier in the game.

The 6-foot-7 slotman still feels grateful to have the Tropang GIGA veterans around him, helping him be better at keeping his cool.

And since that TNT-Alaska game, it looks like Erram has taken the guidance of the team’s elder statesmen to heart.

On Friday night, 31-year-old unloaded a career-high 27 points and 15 rebounds to lead his side’s 107-88 manhandling of San Miguel Beer.

That performance helped the Tropang GIGA collect their third win in as many games. They have also now taken pole position in the team standings.

TNT was coming off its 112-101 conquest of Terra Firma last Tuesday, where Erram finished with 14 markers on 5-of-9 shooting.

“The veterans, they’re helping us, especially me,” the seven-year pro out of Ateneo de Manila said in the walk-off interview.

Tropang GIGA head coach Bong Ravena feels satisfied with Erram’s performances, saying that he finally knows what he means to the squad.

“Sa first game niya, struggle siya. Now maybe he knows his role already, how we want him on the team, how important he is to the team,” he said.

“Naka-adjust na rin si Poy, so we’re glad to have him playing like that.