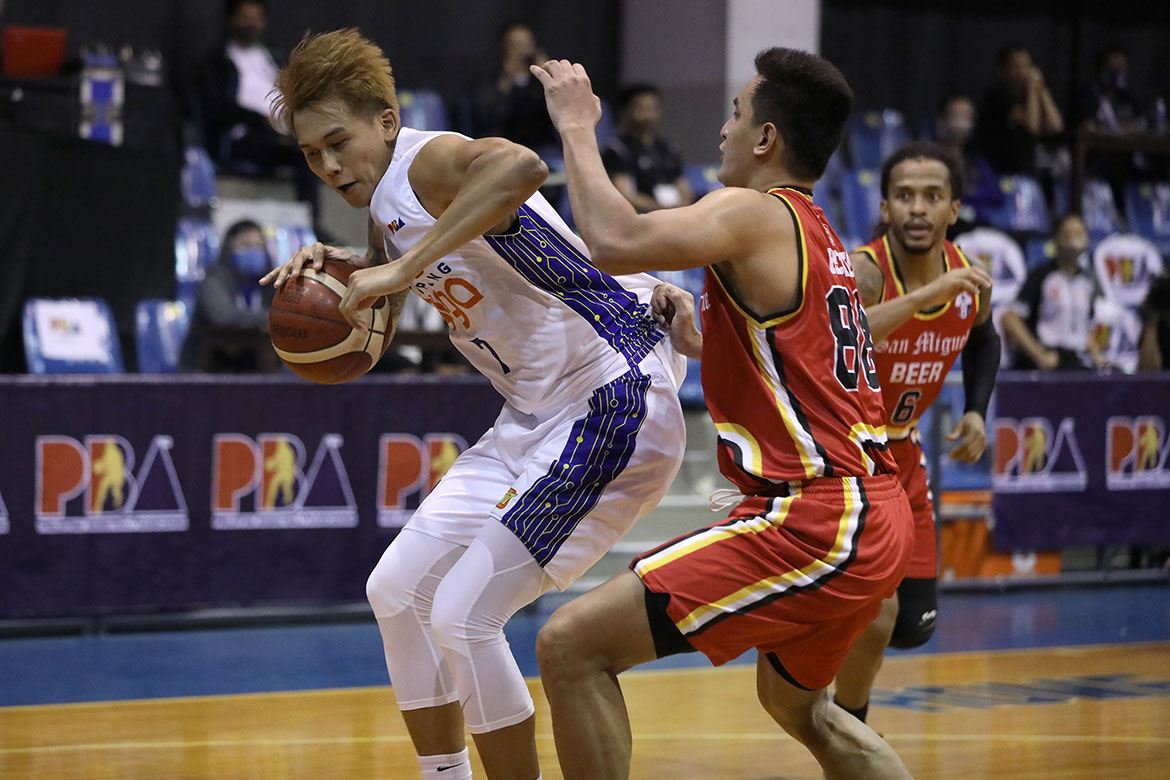 No one scored 40 points this time around, but that was hardly needed as the Tropang GIGA deployed a spread-out attack en route to their third victory in as many games for a perfect start in the bubble.

Poy Erram finished with 27 points, becoming the third player from his team to come up with a career-high after Roger Pogoy and Bobby Ray Parks, Jr. The 6-foot-7 slotman also collared 15 rebounds.

Pogoy and Parks, who scored 45 and 40 markers against Alaska and Terrafirma, respectively, started hot and combined for 20 of TNT’s 30 points in the first quarter that set up the one-sided affair until the end.

Parks finished with 22 points and six rebounds, while Pogoy supplied 15 points and four boards before having to leave the game early in the fourth quarter following an apparent left ankle injury.

TNT faced a Beermen side that had a string of misfortunes in the game, beginning with center Mo Tautuaa as the 6-foot-8 bruiser was already called for three personal fouls just three minutes into the game.

The do-it-all Chris Ross got hurt with less than nine minutes to go in the second quarter, affecting his movement the rest of the way. He finished with 13 points, six rebounds, and two steals.

#ReadMore  Stability back for TNT as Castro returns

But the worst of it all surely was the shoulder injury sustained by Terrence Romeo with 4:57 left in the second as well after colliding with Ryan Reyes. He was brought to the nearby Medical City later on.

The former three-time scoring champ was actually keeping the Beermen alive in the game, already with 11 markers before going down. SMB then faded afterward and fell down by as many as 22 thrice in the second half.

That, indeed, is a huge scare for the defending, five-time Philippine Cup champions given that they are already without reigning six-time Most Valuable Player June Mar Fajardo in their quest to extend their reign.

Alex Cabagnot had 15 points to lead the Beermen, who lost their second game in the bubble and dropped to 1-2. Marcio Lassiter made 14 points, while Chris Ross and Arwind Santos chimed in 11 markers.