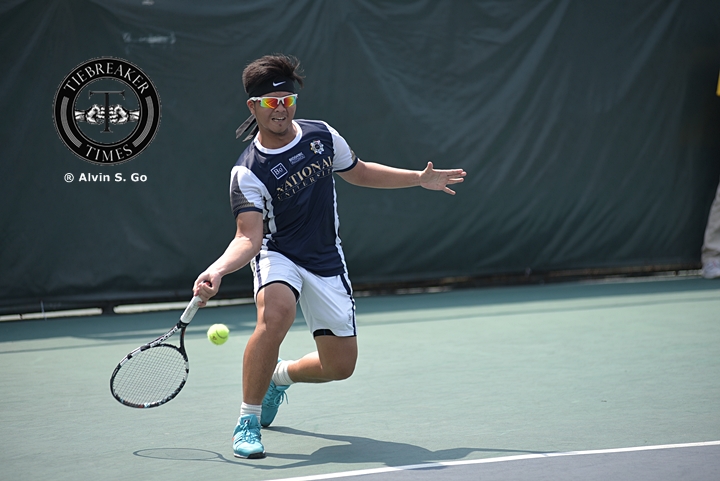 The defending champions National University Bulldogs shook off an early setback against the dangerous University of the East Red Warriors, 3-2, and secured their fourth straight Finals appearance, Saturday at the Rizal Memorial Tennis Center.

Jeleardo Amazona started the day for the Red Warriors as he upended veteran Dheo Talatayod in straight sets, 7-6 6-3. The battle was a tight affair in the first set, as neither player had a break advantage. Ultimately, Amazona emerged victorious in the tiebreak to take the opening frame. The UE veteran then used the momentum he had and carried it into the second set to finish off the match over Talatayod.

In the first doubles match, Jigo Peña and Al Madrio exacted revenge over Paulo Baran and Rodolfo Barquin Jr. This time around, the formidable Bulldogs tandem took over the match from the get-go and did not let up. Pena and Madrio closed out the match with two 6-3 score lines over their first-round nemesis, to take the equalizer for the reigning champs.

Former Most Valuable Player Leander Lazaro easily handled Datu Karon in the second singles match. The NU veteran turned to his impeccable service to ward off Karon in straight sets, 6-0 6-2. Karon had some spells in the game on his own serve, but Lazaro remained on guard and never allowed the Warrior to steal a service break from him.

In a battle of last year’s top players, it was the MVP Fritz Verdad who won against Rookie of the Year Josshua Kinaadman. Verdad had some troubles in the entire match, of which Kinaadman took advantage. However, the reigning MVP showed a better all-around game that frustrated the sophomore. NU took the match and the tie, 6-3 6-3.

The Warriors proved their mettle in the doubles play, as they did not go home empty-handed. Rolly Saga and Rogelio Estaño Jr. won against Francis Alcantara and Allen Manlangit, 7-6 6-3. The Warriors struggled to execute their plays in the first set, but eventually found the right ones in the second frame to take the match.

Finalists NU Bulldogs will take on title contenders University of the Philippines Fighting Maroons, while the UE Warriors will face the third-running Ateneo de Manila University Blue Netters. Both crucial ties happen on the following day,Sunday.