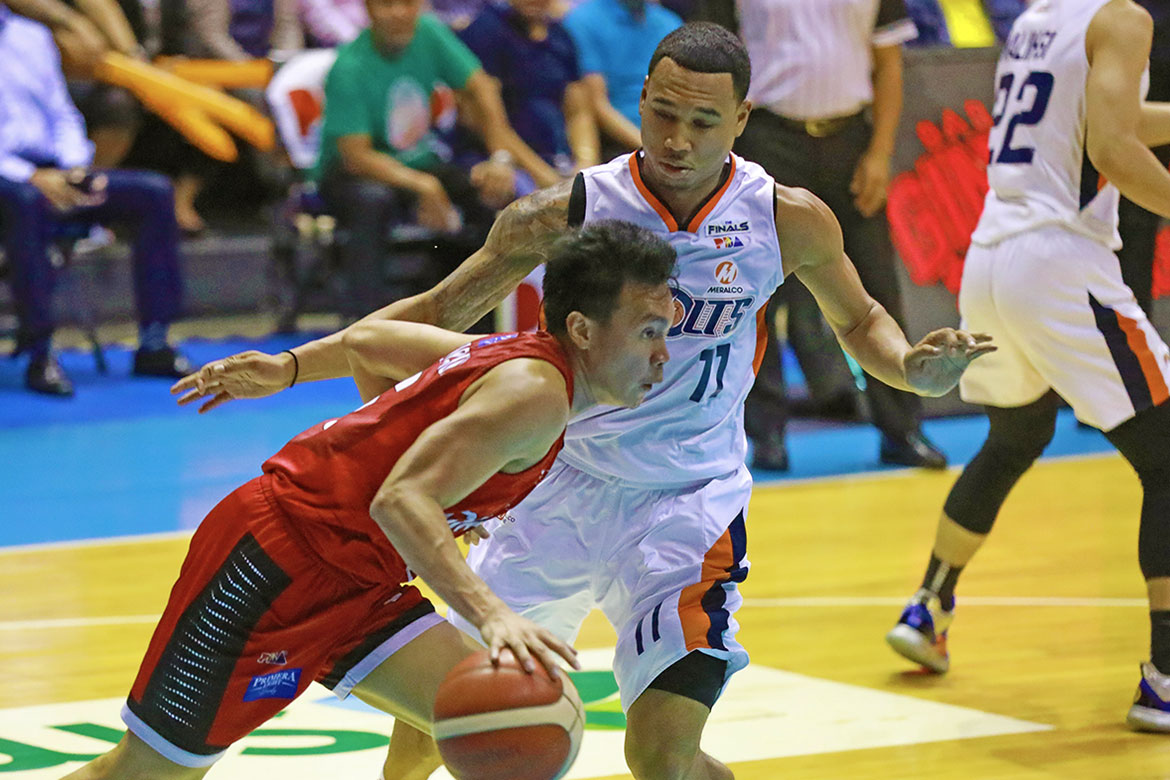 The versatile guard was in his element, collecting 16 points, six rebounds, four assists, two steals, and a block. And his performance helped Barangay Ginebra take Game Four over Meralco, 94-72.

Thompson’s scoring output is his most so far in the series. He only scored a total of 11 points in the first three games, including a two-point outing in Game One, which Ginebra won narrowly.

Still, the 26-year-old said that his commendable showing — especially on offense — is just a bonus; instead, his focus is on giving his best on defense from the start of the series.

Moreover, what’s most important for Thompson is the victory, since it gave Ginebra a commanding 3-1 lead.

That puts the crowd darlings in a position to finish things off in Game Five on Friday at the SM Mall of Asia Arena, and clinch their third Governors’ Cup championship in four seasons.

Thompson, though, isn’t looking too far ahead, saying that close-out games are the toughest to play on.