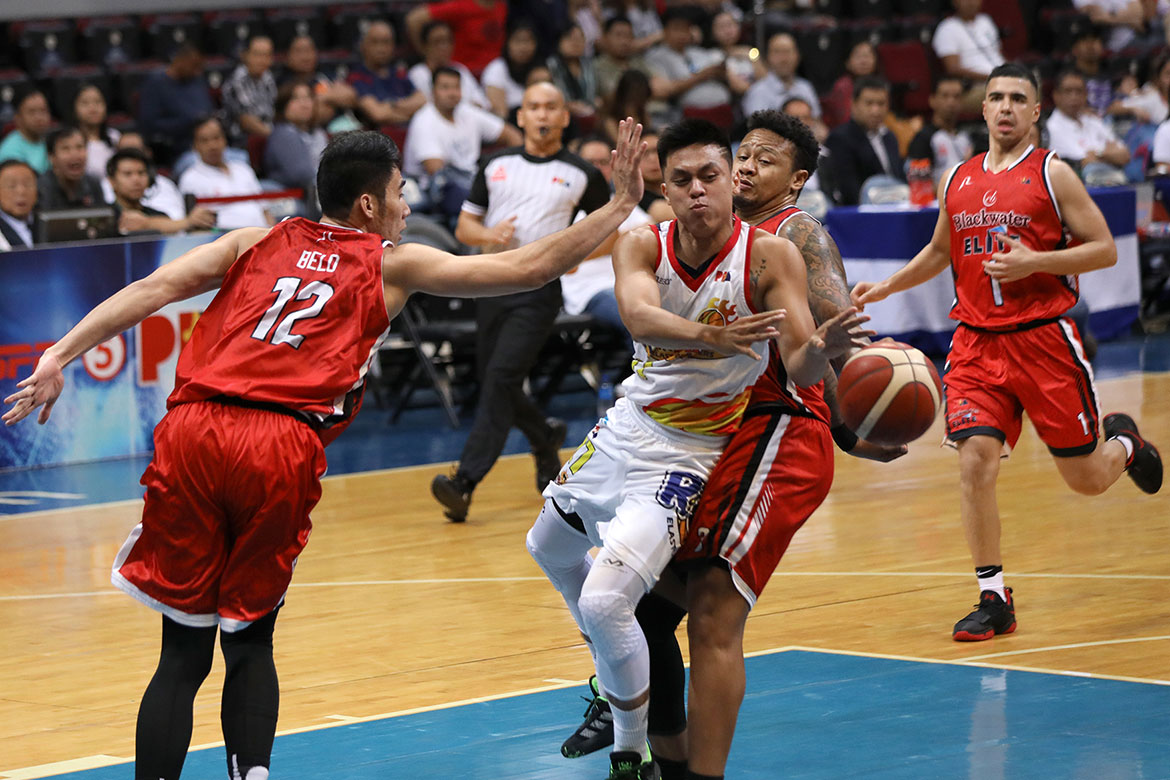 Rey Nambatac came up big in the endgame, lifting Rain or Shine past Blackwater, 83-80, in Game One of their 2019 PBA Commissioner’s Cup best-of-three quarterfinal series Saturday evening at SM Mall of Asia Arena.

Nambatac sank a deep three from the left wing — after warding off the defense of Roi Sumang — with 2.3 ticks left to play to emphatically cap off the 11-0 finishing kick by the Elasto Painters, who were down 72-80 with 1:32 to go.

The sophomore guard out of Letran finished with 13 points on 3-of-5 shooting from three, six rebounds, two assists, and two steals in the win that moved Rain or Shine just one victory away from the semifinals.

“It was a lucky win … Fate was on our side. Rey hit that big shot,” said Elasto Painters head coach Caloy Garcia.

Ed Daquioag topscored for Rain or Shine with 19 points. Import Carl Montgomery produced 17 points and 19 rebounds, as Beau Belga and Gabe Norwood had 11 and 10 markers, respectively, on an identical 40 percent shooting clip.

Ray Parks had 20 points, six rebounds, an assist, and a block against five turnovers for Blackwater.

The rookie was the one who gave the Elite the 80-72 lead until the team melted down. Parks had a chance to break the 80-all deadlock, but his jumper missed with 13 ticks left, which allowed Rain or Shine to complete the comeback.

Import Greg Smith got a rude welcome in hia return as he just shot 2-of-11 from the field. But he still finished with 16 points, 19 rebounds, three assists, two steals, and a block in the 44 minutes and 47 seconds he saw action.

Mac Belo had a double-double with 17 points and 10 rebounds with two steals as Allein Maliksi had 14 markers.

Game Two of the race-to-two series will be on Tuesday, July 23, at the SMART Araneta Coliseum.