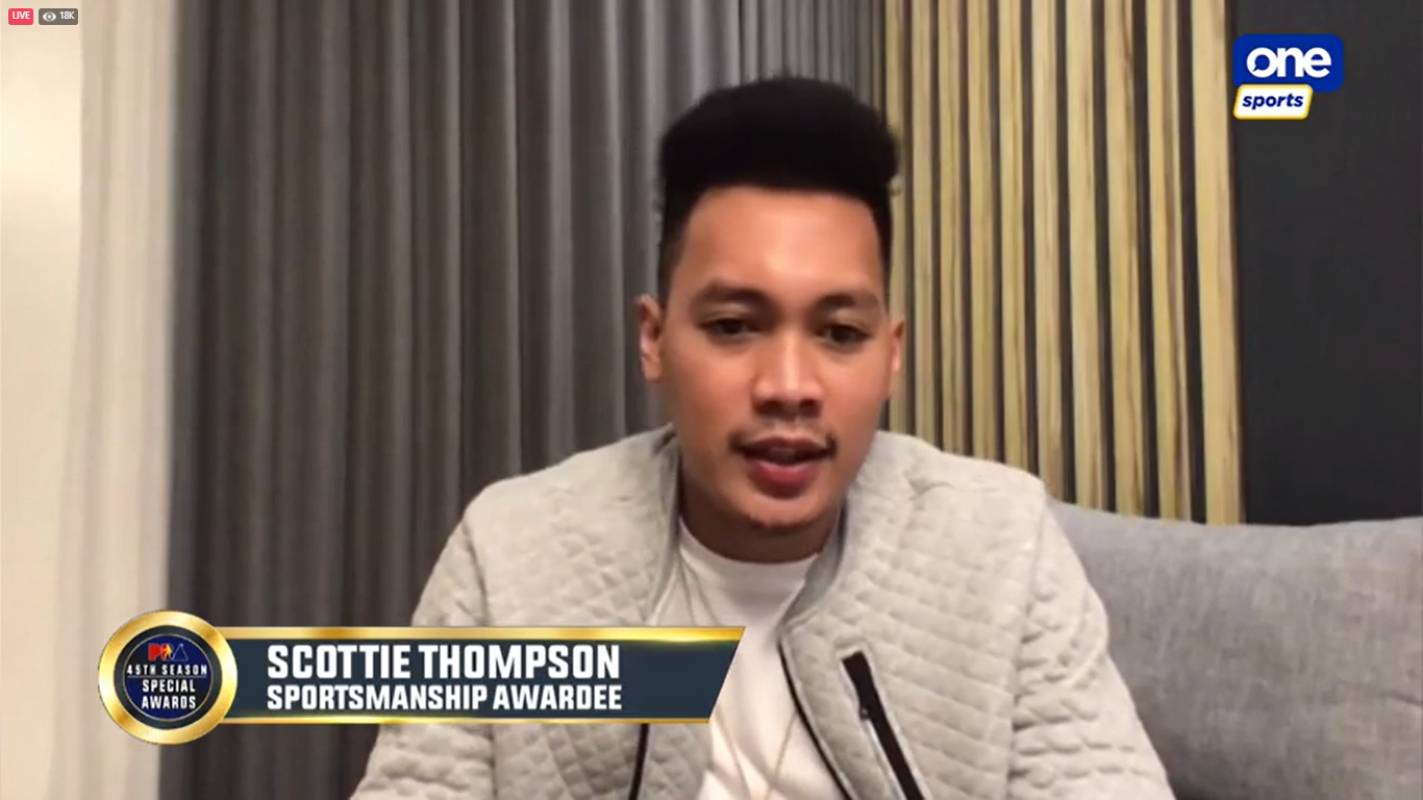 This is the first time that a Ginebra player bagged such honors named after the all-time great, who was its first-ever recipient in 1993.

“Sobrang happy and truly blessed na all the time, I’m playing the game the right way,” expressed the 27-year-old, who was in the bubble for 73 days.

Thompson is the new holder of the title previously held by Rain or Shine lifer Gabe Norwood, who won the plum from 2017-19.

Thompson garnered 2,360 votes from the media, players, and the PBA, edging out Terrafirma star CJ Perez who had 2,069.

Others who vied for the award were Norwood, NLEX guard Kevin Alas, and the returning Calvin Abueva of Phoenix Super LPG.

Aside from exemplifying ethical behavior, fair play, and integrity, Thompson also helped the Gin Kings emerge as champions of the first-ever bubble play.

The award is another addition to his trophy case, which has five championships, a Finals MVP, and Most Improved Player honors, to name a few.