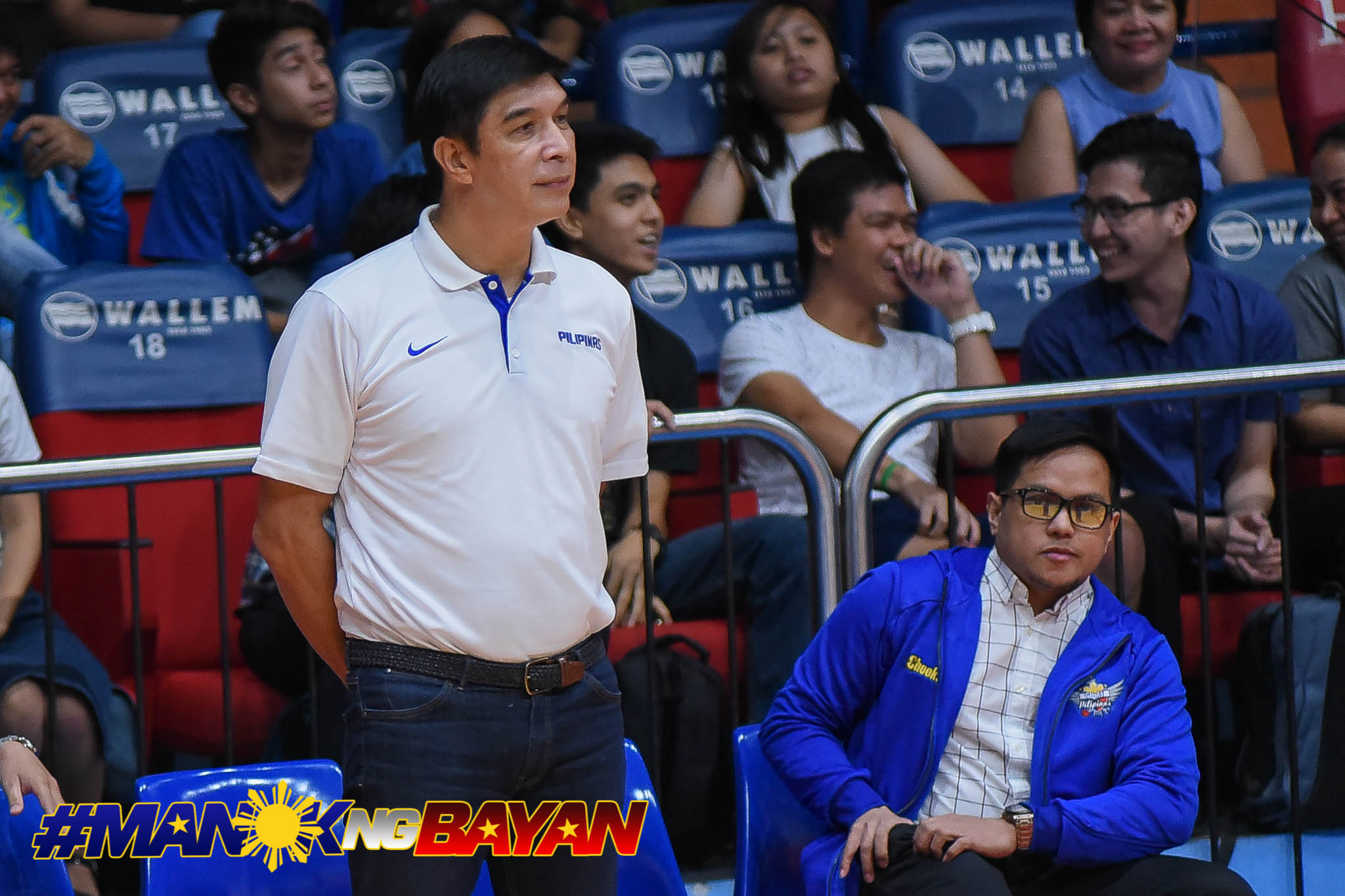 When the Samahang Basketbol ng Pilipinas revamped its structure early this year, the federation broke it down to six pillars.

And one of the pillars is the SBP Academy for Coaches.

“Investing in the development of our coaches enables us to raise the number of players that we will help improve exponentially,” said SBP President Al Panlilio. “For every coach we help, that’s at the very least twelve more players who will benefit and a lot of these will be younger players.

“We all know that the future of our basketball program is dependent on the development of our grassroots and great coaching allows us to address that issue at a very early stage.”

After going around the country for the past year with the Coaches’ Commission, the program that is headed by decorated tactician Jong Uichico will culminate with the SBP Coaches’ Summit. The convention takes place from July 20-21, 2019 at the Meralco Fitness Center.

“This is a bigger project since we have international coaches and three local coaches. Most of the topics will be done by the Australian coaches Dean Vickerman and Damian Cotter,” said Uichico about the event backed by the MVP Sports Foundation, SMART, Chooks-to-Go, and Blackwater.

“It’s good for our local coaches since we won’t be discussing just X’s and O’s but also the other side of basketball.”

“From experience, the coaches know just how passionate Filipinos are about basketball and about learning more about the sport so they are always excited to be here,” added Panlilio. “But we cannot forget the work that our local coaches such as coach Jong Uichico are putting in. We appreciate the help of international coaches but we also know that our own coaches also impart a lot of knowledge all over the country.”

For Uichico, he made sure to bring in topflight coaches to the country based on his past experience when he was just a budding tactician.

“When I started coaching, I attended a lot of clinics and I had to pay for it to attend abroad. The SBP is bringing it to the Philippines,” shared Uichico, a nine-time PBA champion coach. “It’s a big savings dahil sila na ang pupunta sa atin. This is also in cooperation with FIBA so the coaches have FIBA licenses.”

Speaking on behalf of the local coaches, Gonzalez is thankful for this event that will bring in some of the world’s best basketball minds under one roof.

“I would like to thank the SBP especially Coach Jong. This is an important event for all the taskmasters,” said Gonzalez. “Being a student of the game, learning new approaches and techniques while also aligning the programs of the provinces to the national scale is big for us.”

Registration for this event backed by Cignal, Gatorade, Jollibee, Kopiko, Maynilad, Mighty Sports, and Panda Clinique can be done online through Platinumlist (https://metromanila.platinumlist.net/event-tickets/75752/sbp-coaches-summit).