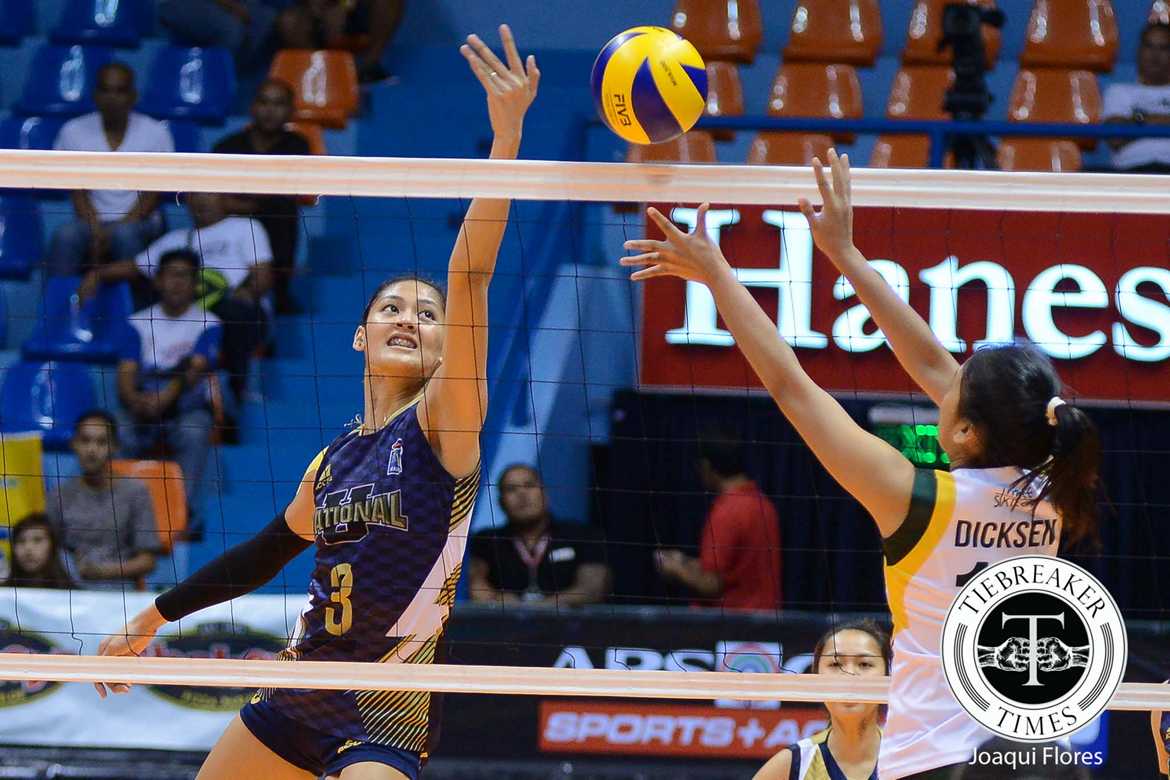 NU head coach Roger Gorayeb, however, said that reaching the playoffs is not their priority at the moment.

Baguio only had the lead twice in the game: the first was at 1-0 in the first set, after a Mary Ann Atuban service ace to open the game; the next time was after Jorelle Singh’s service error to open the second set.

Baguio just barely reached double-digits in the opening set, thanks to a four-touches error by NU, followed by back-to-back Atuban service aces, after being down 22-7.

A quick hit by Jaja Santiago and a Singh service ace closed the set, 25-10, for the Lady Bulldogs.

Even without NU’s top scorer in the second set, the Summer Spikers proved to be too erratic, giving up 11 unforced errors and losing the set 19-25.

Aiko Urdas, who replaced Santiago in the second, scored a total of eight points, all coming from attacks. Urdas had returned to the Lady Bulldogs’ lineup after only playing in their first game of the conference.

With Santiago back in the game for the Lady Bulldogs in the final set, NU looked lethal, closing the game via four consecutive points from their 6’3″ middle attacker. Once again, they barely let Baguio reach double figures, 25-11.

Gorayeb, however, said he is still looking for more from his team.

Baguio played with only Assistant Coach Jhiesel Agudia calling the plays from the bench.

The Lady Bulldogs (3-3) will go up against the Lady Maroons (2-3) in a do-or-die game on Saturday at the Philsports Arena, while Baguio (0-6) will have two days to prepare for their final game of the conference against Balipure (3-1). 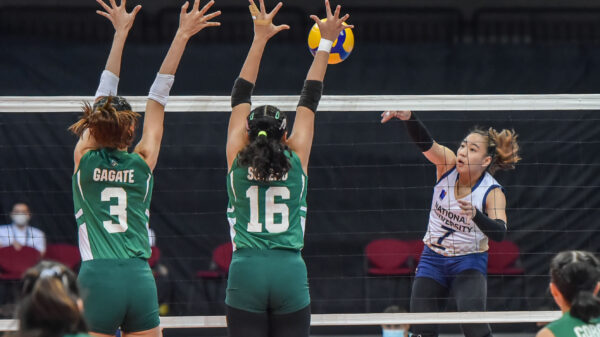