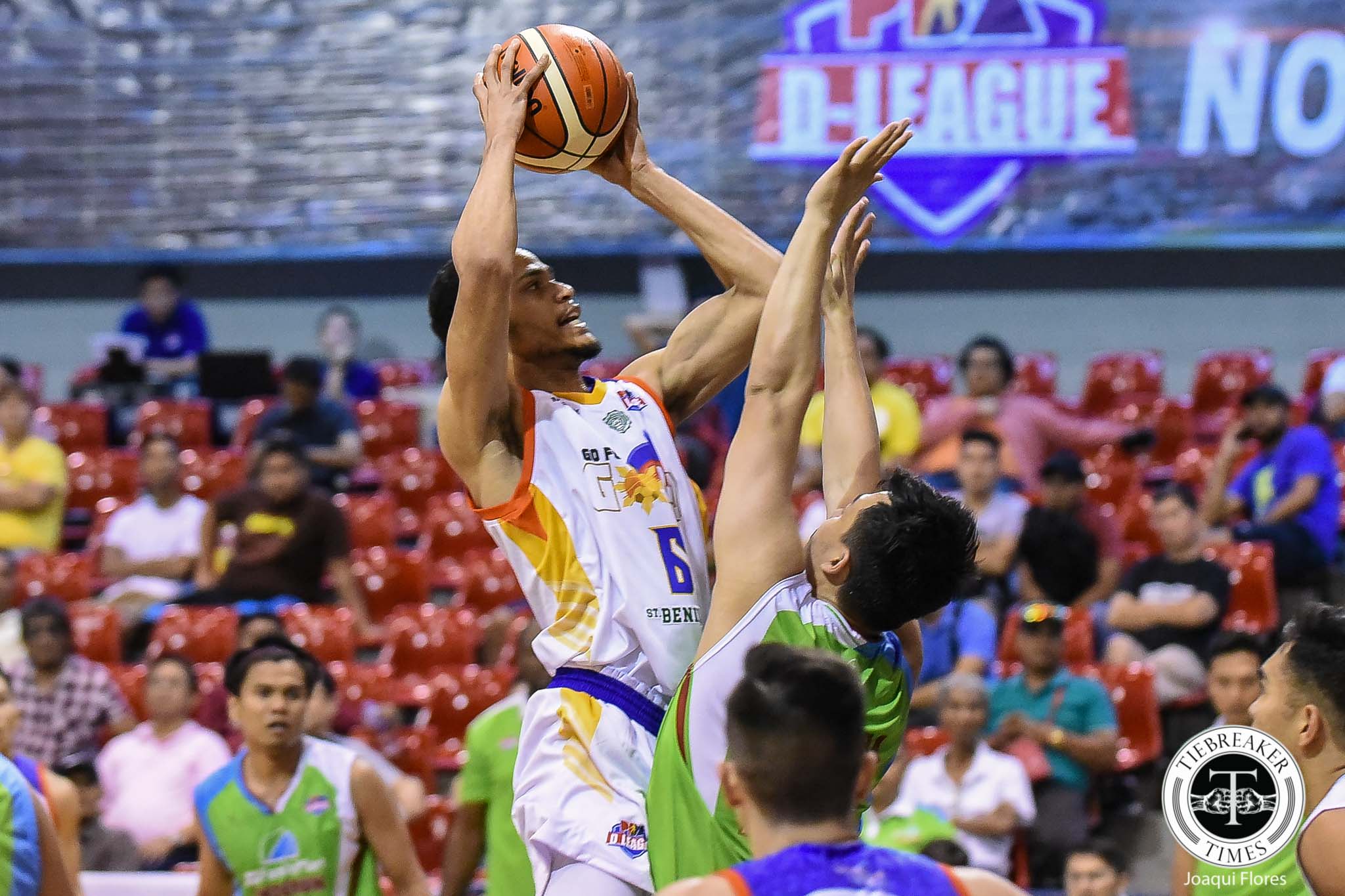 Roosevelt Adams has clearly become a major key for the Go for Gold-St. Benilde Scratchers in the 2019 PBA D-League.

The Scratchers collected their fourth straight win through a 109-91 decimation of AMA Online Education Titans on Tuesday afternoon, and the lengthy Filipino-American guard was one of the reasons behind the triumph.

Adams was at the forefront of Go for Gold’s balanced attack with 21 points on 8-of-13 shooting from the field. He also had a game-high 17 rebounds with five assists and a steal in the 26 minutes and 36 seconds he played.

In their current winning streak – that hiked their record to 5-3 – the College of Idaho alumnus has averaged 22.5 points on 50.8-percent shooting from the floor, along with 12.8 rebounds and 1.5 steals per outing

“Yeah, I believe so [that] I’m finding my groove,” said Adams, who had a rough time early in his D-League campaign. He missed their season opener versus Cignal-Ateneo, and had a few bad games due to injuries.

“But I still have to find my groove from the free throw line, of course,” the 6-foot-5 Adams quickly added, as he only made four of his nine attempts from the charity stripe versus AMA.

“But more shots I take, the better comfort I’ll be in.”

Adams is also glad that his string of good performances has been translating into wins, and those wins have inched the Scratchers closer to the playoffs. And so, he hopes they’ll be able to keep going to get in there.

“It’s big for us. The more momentum we have going into the playoffs, the better off we are. Hopefully, we keep it up. We got one more game to take care of business, and go from there,” said the 24-year-old from California.

“I think our chances are very high if we take care of business, and with a win, I believe we have a playoff berth. So that should be a great motivator for our team.”

But as big of a factor he has become for Go for Gold – who had a horrid start into the season, as they won only once in their first four outings – Adams said that it’s been their chemistry that’s doing wonders.

“Basically, we’re finally figuring out each other as a team – finding out who can shoot, what’s our weakness, what’s our strengths. Everybody’s stepping up to score, rebound, everything.”

Tony Koyfman has no regrets giving Ateneo one last fight