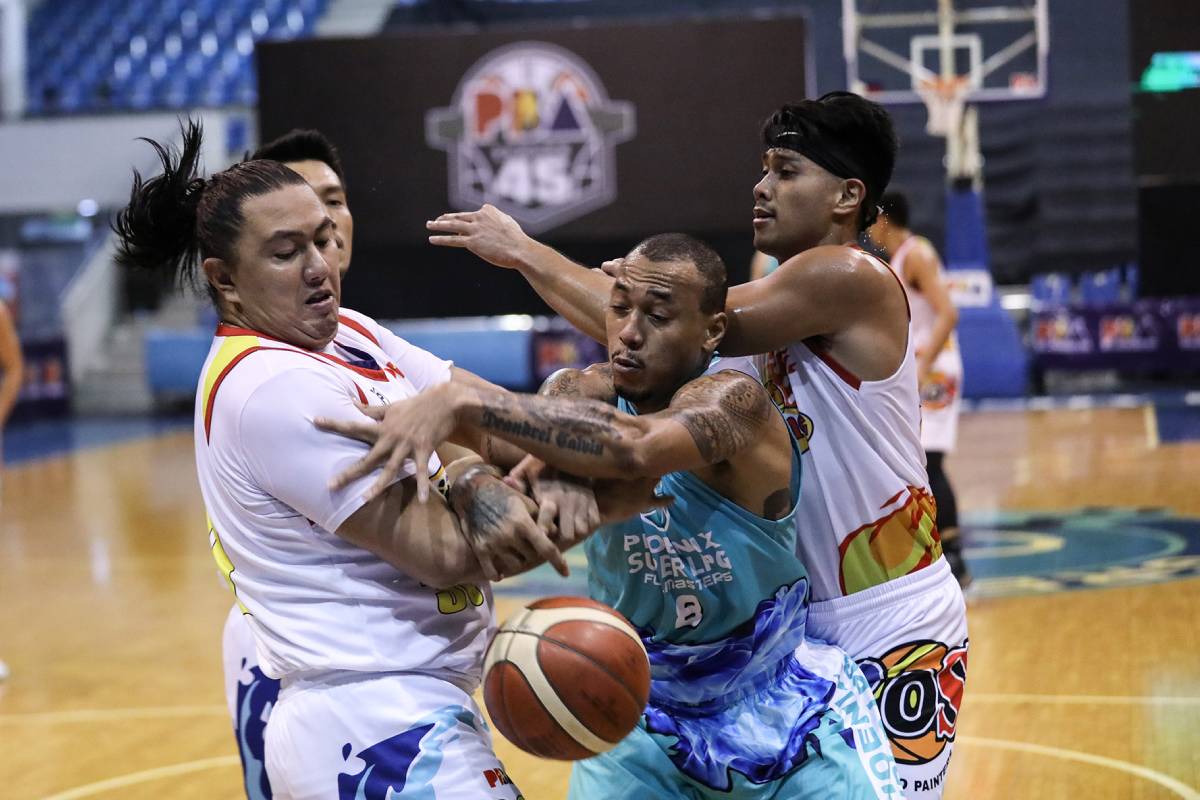 Coach Topex Robinson, however, didn’t pull him out of the game. He simply allowed him to go on and play. And according to the youthful bench tactician, the 32-year-old himself did not want to be subbed out of the match.

For his part, he simply trusted his player’s decision.

“Trust is not an instruction, it’s a feeling.

“If he tells me — even Jason [Perkins], Matt [Wright], if they get into foul trouble and if they tell me that they want to be inside — still I’m going to trust them with my career, basically,” said Robinson.

“That’s what Calvin wanted. I’m always going to give everybody — not just Calvin but everybody on our team — an opportunity to support the team and give whatever they have,” he continued.

The eight-year pro then went on to justify his call.

With only two points in the game’s first three quarters, he helped spark the Fuel Masters’ comeback from 14 down. Abueva converted a three-point play in a 9-0 run that narrowed the gap to just five, 75-80, with 4:29 remaining.

Phoenix continued to chip away at the deficit until Jason Perkins finally gave them the lead with 33.1 seconds left. Abueva would give his side more breathing room shortly after with a lay-up to make it an 88-85 lead.

The Fuel Masters completed the comeback with a 90-88 victory. That allowed them to clinch the second seed and secure the coveted twice-to-beat advantage for the quarterfinals.

In last season’s all-Filipino wars, Phoenix also locked the win-once incentive when it finished the eliminations as the top seed. Back then, the team was still under Louie Alas, while Abueva was just in his second conference with the team.

Abueva only had seven points, but he collected 10 rebounds and five assists versus the 6-5 Elasto Painters, who appeared to be on their way to a top-four finish until the Fuel Masters spoiled their plans.

“He struggled a lot at the start. Calvin will always have those medyo challenging times. But if I’m going to sit him out, I’m not helping him,” Robinson said.

Surely, that gamble paid off. Greatly.