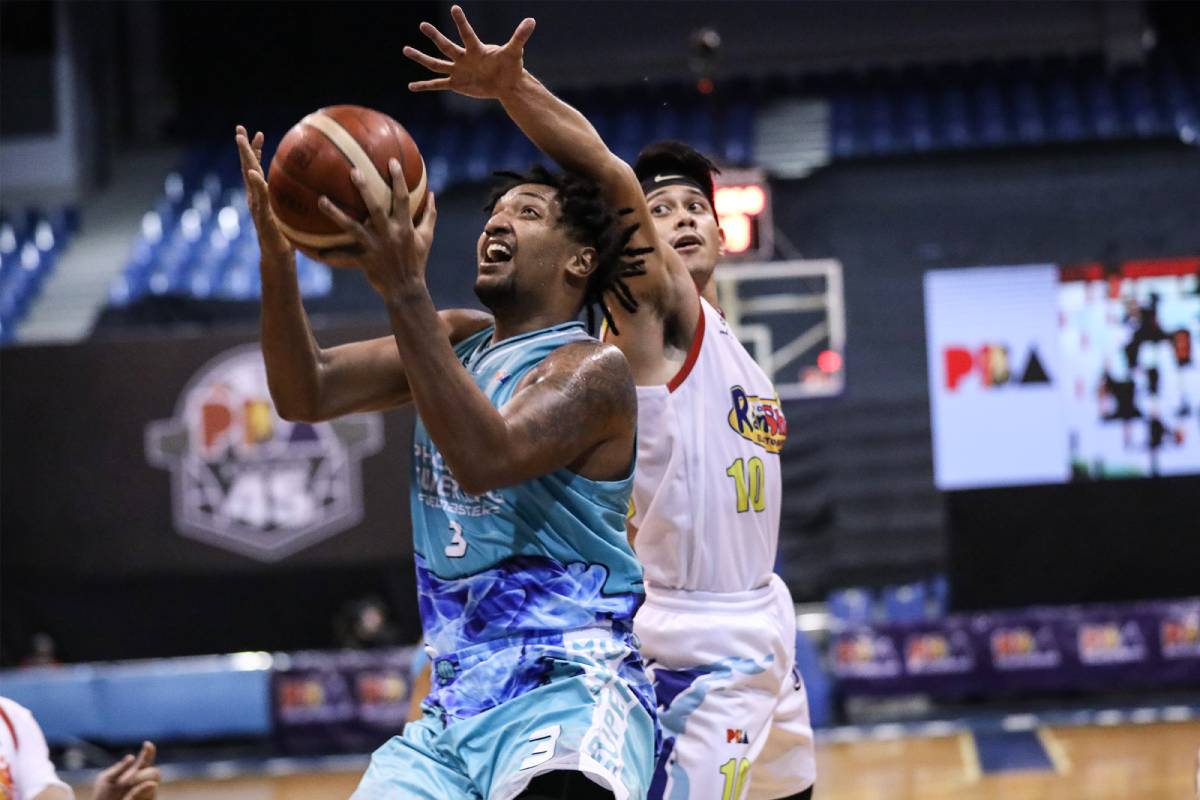 The Fuel Masters came back from as much as 14 down in the fourth en route to clinching the second seed, also finalizing the playoff seedings that didn’t have much clarity until the end of this thrilling eliminations finale.

Jason Perkins powered Phoenix with 30 points and eight rebounds in the win that squashed the top four aspirations of the Elasto Painters, who needed to win by at least four points to get into the coveted top-four spot.

“Getting number two is just a by-product of what we worked for. We know that this is going to be a big challenge for us from here on. If teams don’t want to take No. 2, we’re always going to take it,” said Coach Topex Robinson.

Phoenix appeared to have lost grip of the game when it saw itself down 66-80 with less than nine minutes remaining in the final chapter, but Perkins’ triple sparked a 9-0 run to trim the gap to five, 75-80, with 4:29 remaining.

James Yap would stop the bleeding for Rain or Shine with a one-hander to make it a seven-point lead, but Brian Heruela, RJ Jazul, Justin Chua, and Perkins joined hands to give Phoenix the 86-85 edge with 33.1 seconds to go.

And with 12.6 ticks left to play, Calvin Abueva made a lay-up to give the Fuel Masters more separation, 88-85. Chua would then make his free throws to punctuate what was a 15-6 wind-up to finish the game.

“When we were down, our focus was just to focus on making stops. Because if you’re going to think about the whole game, medyo mahihilo ka rin eh. Our defense really helped our offense,” said Robinson.

Chua finished with 21 points and 10 rebounds, while Matthew Wright flirted with a double-double as he collected 11 markers and eight assists. Abueva only had seven points but he chalked up 10 boards.

The Fuel Masters will face the seventh-seeded Magnolia in the next round on Saturday, Nov. 14. “We’re going up against a super talented team, which is Magnolia, which has championship experience,” Robinson said.

“But sa amin, we just want to be better. No matter who we face, ang kalaban namin is always ourselves, it’s not the other team. The way we’re going to play our game is the way we prepare for it.

“We don’t care what the result will be as long as we know we gave our best. Yun lang po yung mahalaga sa amin,” added the youthful bench tactician, who was promoted as head coach last Nov. 1.

Rey Nambatac and Jewel Ponferrada had 13 points apiece to lead Rain or Shine, who fell all the way down to the eighth spot following the loss, setting them up in a collision course versus top seed Barangay Ginebra.

The Elasto Painters will face the Gin Kings on Friday, Nov. 13.