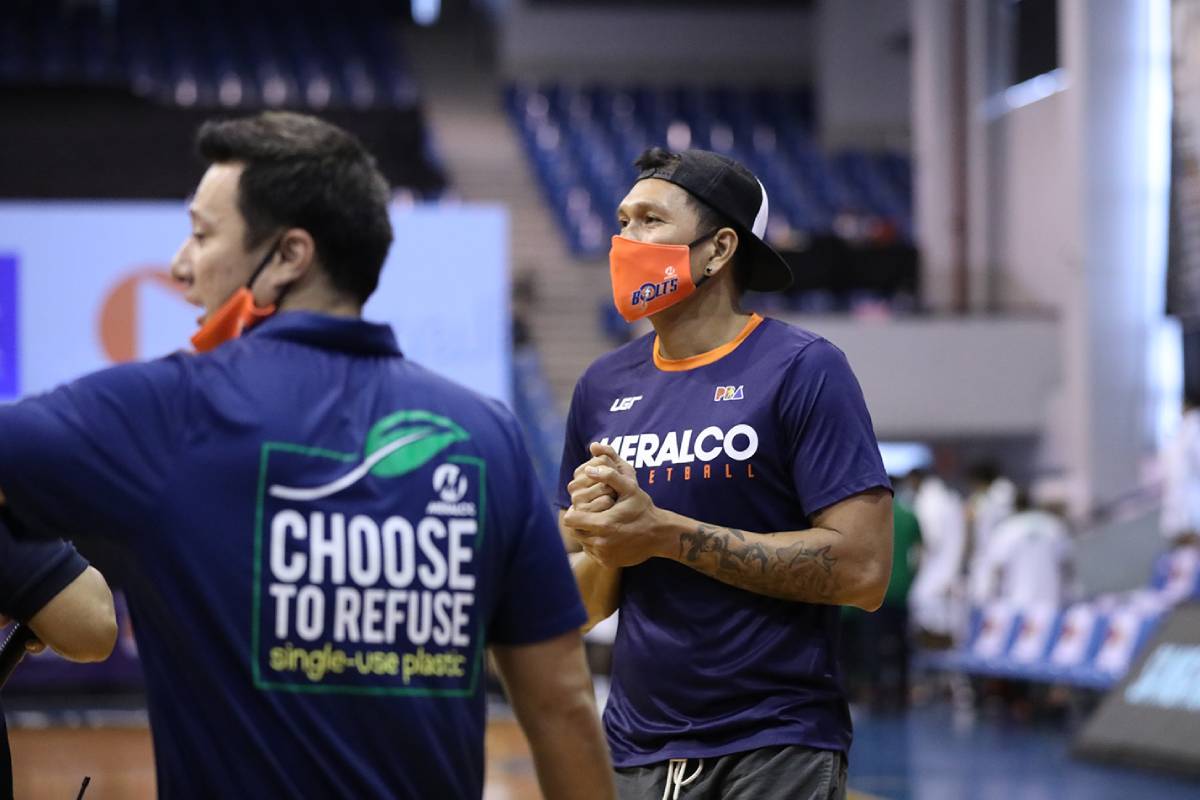 This is the Bolts’ second straight game without the veteran forward since he felt a strain in his groin. Hugnatan suffered an injury during their match versus the TNT Tropang Giga over the weekend, where they lost.

Head coach Norman Black, however, assured that the 42-year-old feels fine, and he could have even played versus the Batang Pier. However, they decided not to use him anymore as they’re thinking of the bigger picture.

Meralco has already assured itself of a trip to the quarterfinals. Black therefore deemed it best to save the 17-year pro for the postseason, which starts Friday.

Still, even without Hugnatan on the floor, the Bolts managed to come out with the 80-73 win. And that is plenty of momentum heading into their first Philippine Cup quarterfinal appearance in five years.

“Reynel could’ve played today,” said the decorated mentor moments after the match at the AUF Sports and Cultural Center. “But we decided to rest him for the playoffs because we felt that was more important.

“We knew we were in the quarterfinals no matter what happened today, so we wanted to make sure that there would not be any type of injury to him this afternoon, and he can just prepare for the next game.”

Hugnatan has been among Meralco’s leaders this conference. Before his injury versus the Tropa, the three-time PBA champion was averaging 13.0 points, 4.4 rebounds, and 2.1 assists.