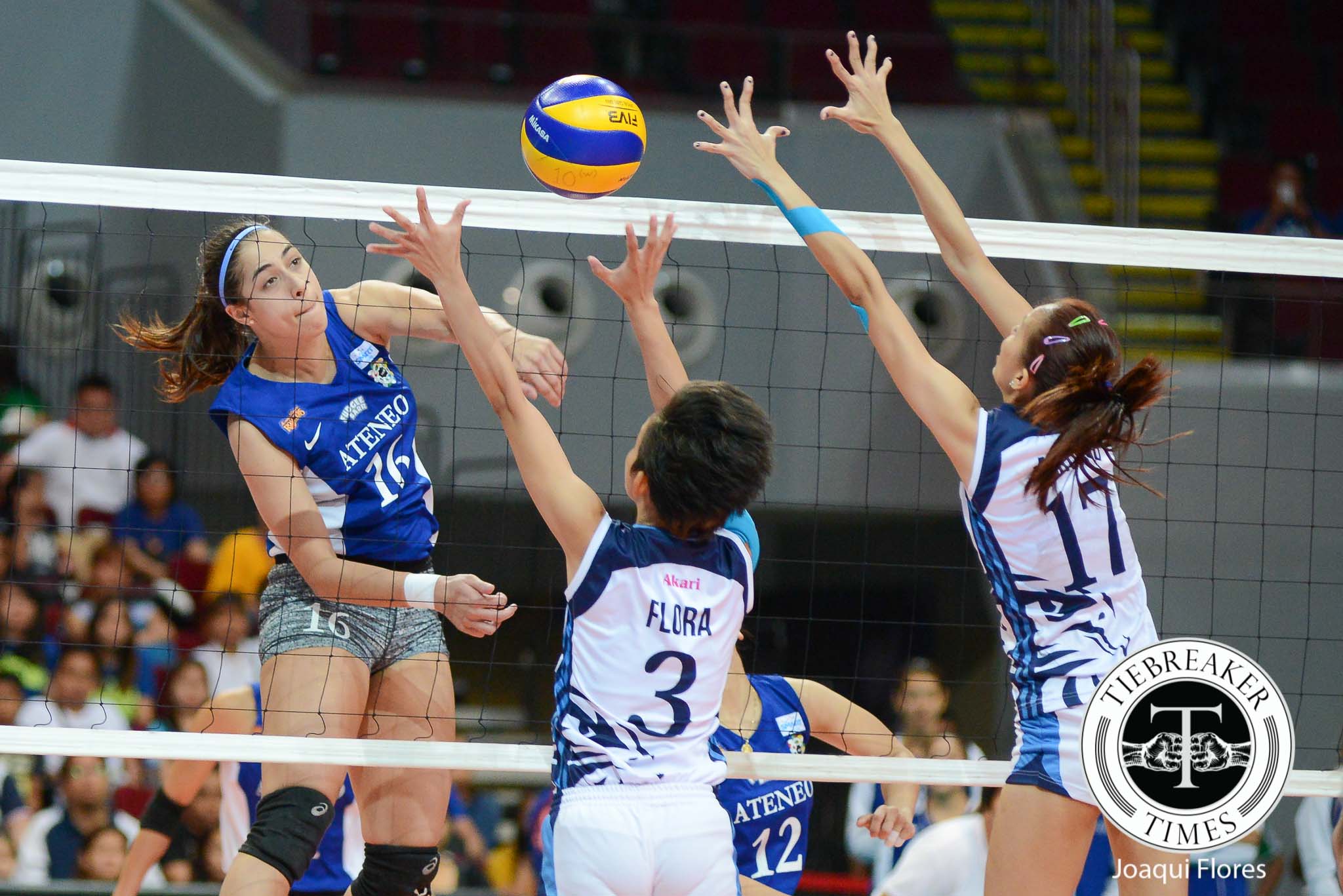 Although it did not show in their ace totals, Ateneo gave Adamson hell with their serving. The Lady Falcons, unable to get good passes, stumbled to big, early deficits with which they could not climb out.

The match only became interesting in the third set when Adamson took a 16-15 lead going into the second technical timeout. But Ateneo came out with a fury, allowing just two points to end the match.

Ateneo have already clinched a Top Two spot, but Valdez emphasized that the team still needs to keep improving.

“We still need to work on a lot of things. Every game is a blessing to us and we want to treat it the same way. Siguro we’ll take it as a chance to build up towards the Final Four,” she said.

The Lady Eagles (10-2) take on the winless University of the East Lady Warriors on Wednesday at the FilOil Flying V Centre. Adamson (3-9) also see action on Wednesday against the Far Eastern University Lady Tamaraws (7-5).

Second-half performance the difference as Ateneo surges past UST