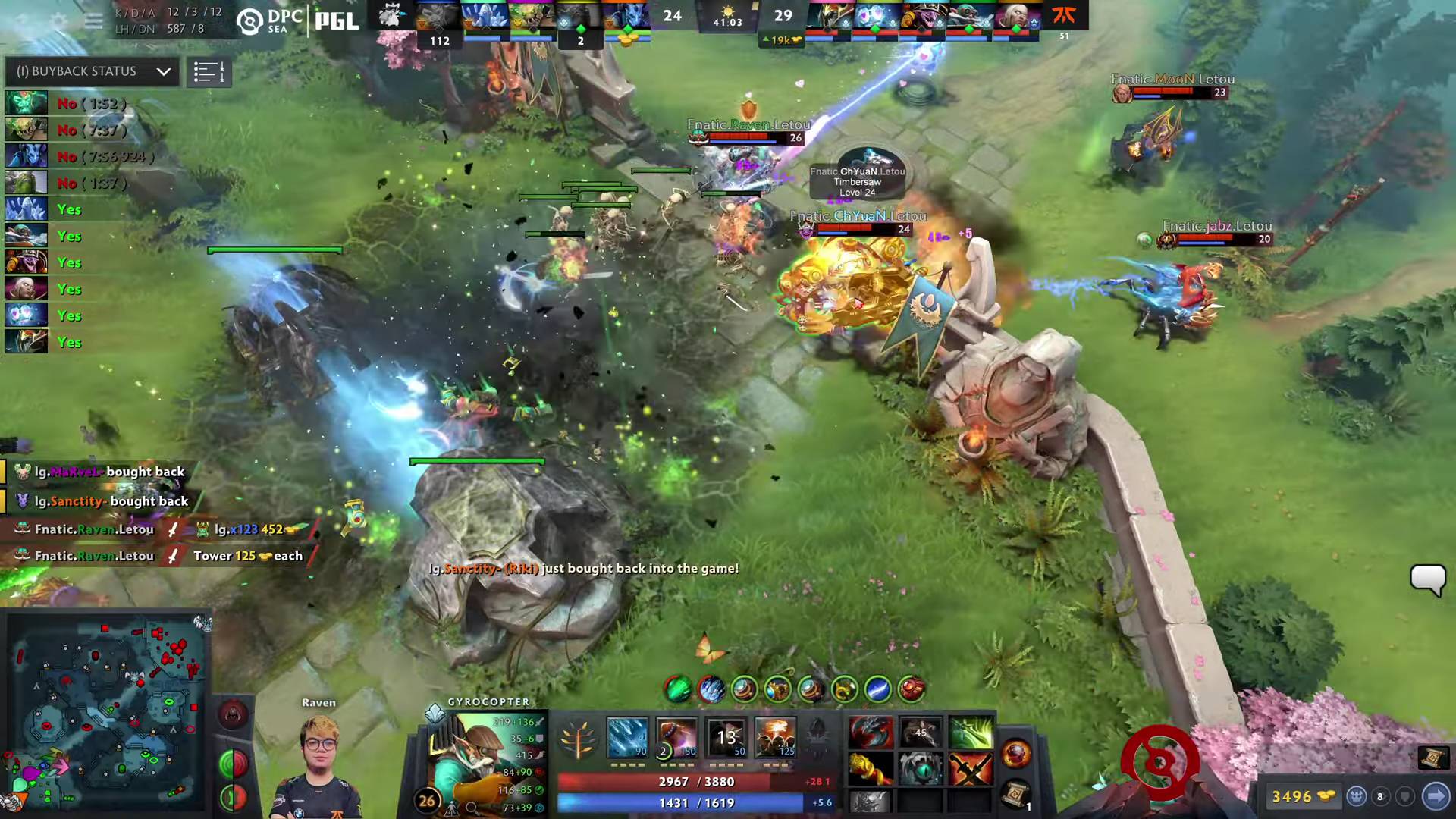 Raven’s Gyrocopter finished Game Two with 15 kills and 13 assists against three deaths in the 33-25 win that lasted for just 42 minutes and two seconds.

Fnatic drew first blood in the series through Raven’s iconic Drow Ranger, who finished with six kills, a death, and 11 assists in the 23-11 Game One victory.

The opener lasted for just 29 minutes and eight seconds.

Fnatic moved up to the second spot with a 3-1 standing while Lilgun remained at the last place with four losses.

Fnatic looks to force a tie in the number one spot when they face T1 on May 12, while Lilgun looks to score its first win of the season against OB Esports x Neon on the same day.