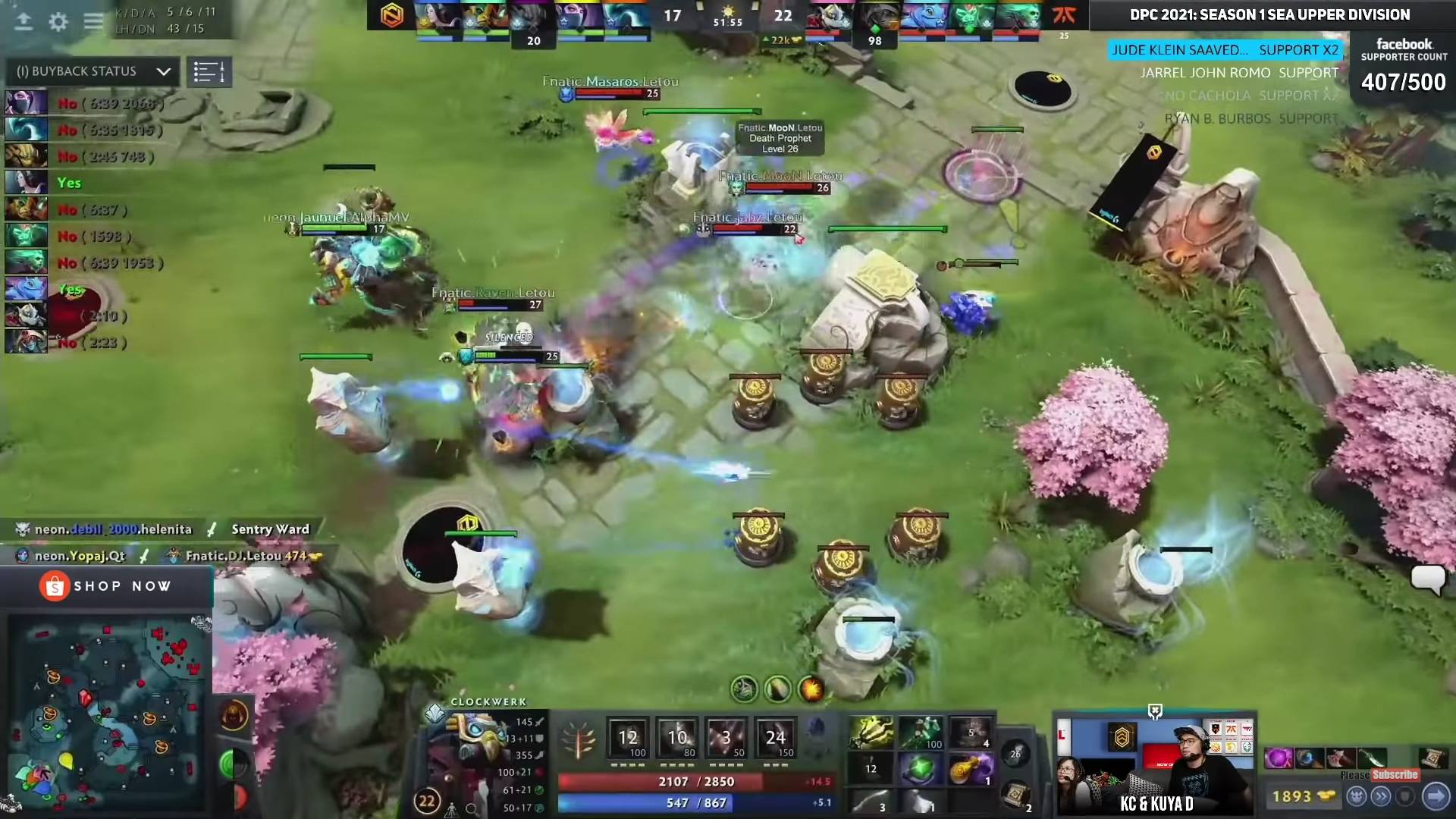 By winning their head-to-head match-up, Fnatic rose to the top spot with a 5-1 record all while dropping the once unbeaten Neon Esports to the second seed despite posting identical slates.

Raven (Wraith King) came through for Fnatic in Game Three, putting up four kills and 14 assists without a death. The former TNC carry also recorded a whopping 45,257 net worth – the highest in the 52:52-minute match.

Fnatic took down both Erin Jasper “Yopaj” Ferrer (Templar Assassin) and John Anthony “Natsumi-” Vargas (Morphling) in the late-game siege which forced Neon Esports to call gg in the 52:43-mark.

Yopaj had five kills and seven assists against four deaths while Natsumi- was held to just three kills, three deaths, and six assists.

The troika of Moon (Storm Spirit), Raven (Io), and Anucha “Jabz” Jirawong (Phoenix) got things going for Fnatic in Game One, initiating a 27-10 stomp to take a 1-0 advantage. Natsumi- fought back with his signature Phantom Assassin, registering a spotless 11-0-9 line to even up the series.

Fnatic and Neon Esports look to secure an outright spot in the Singapore Major playoffs when they face TNC and T1 on February 24 and 25, respectively.